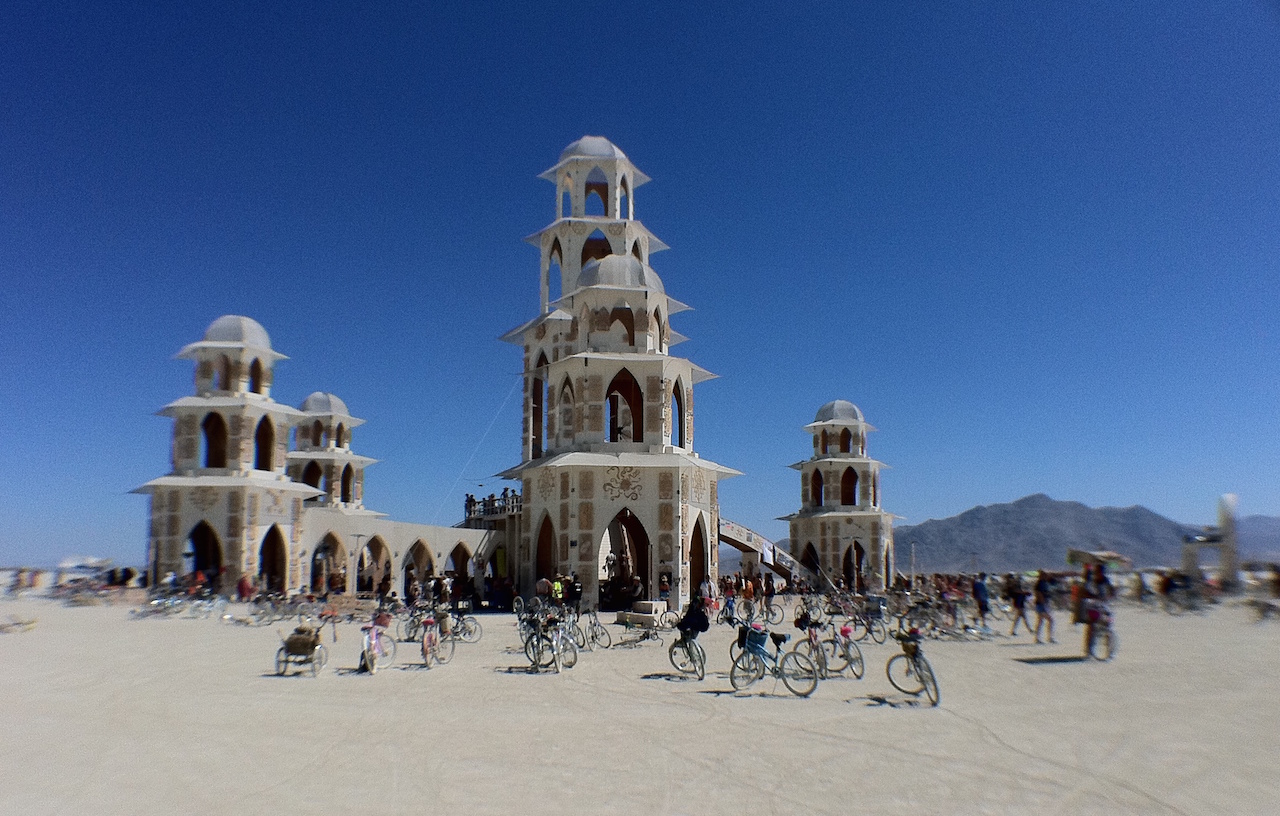 A report in New York magazine says Elon Musk and Sergey Brin may be willing to put up the $10 million needed to construct a permanent Burning Man City. There are rumors that Elon Musk and Sergey Brin may be willing to fund the construction of a permanent Burning Man city in Nevada. According to a story in New York Magazine, Musk and Brin toured the 4,000 acre Fly Ranch site in the northern Nevada desert after attending the Burning Man event in 2014. The pair is said to be interested in putting up the $10,000,000 needed to buy the land and construct a permanent city. One of the original Burning Man architects has created plans for a “Burning Man Fly Ranch city, a mix of homes and communal spaces built to blend into the desert,” the magazine article says. “According to one plan, Fly Ranch buildings would be made with unpainted, rammed earth and sod. No fences would be allowed, and all members of the community could either build homesteads or buy into a communal village.”

Festival co-founder Will Roger says that “tech titans” share his vision of creating an “experiment in a permanent community,” though he never specifies who the tech titans are or directly addresses the rumor about Brin and Musk being potential investors. Brin’s partner at Google, Larry Page, once made the case publicly for setting aside “a part of the world” for technology experiments that would not be constrained by bureaucracy. In fact, he cited Burning Man as a model for such a place.

The Burning Man event grew out of a summer solstice celebration on Baker Beach in San Francisco in 1986 when Larry Harvey, Jerry James, and a few friends burned a 9 foot tall wooden man as a spontaneous act of “radical self-expression.” Today, more than 50,000 people make the annual trek to the clothing-optional retreat in the Black Rock Desert.

Participants are prohibited from cash transactions at the site in honor of what the organizers term “decommodification”. People are warned to bring what they need to subsist in the harsh desert environment. There are no vendors for food, beverages or any of the other trappings of society that some might think of as being necessary.

The organization’s website extols the virtues of “radical self-expression.” which it says “arises from the unique gifts of the individual. No one other than the individual or a collaborating group can determine its content. It is offered as a gift to others. In this spirit, the giver should respect the rights and liberties of the recipient.”

The notion of expanding the Burning Man experiment into a permanent city has been floating around for some time and that’s precisely the kind of idea that would intrigue Elon Musk. After all, he is the most prominent exponent today of thinking creatively and inventing new ways of catering to the needs of the human race. He is the one who dreams at night of space colonies on Mars or showing the world how to wean itself from its habit of burning fossil fuels.

If there is any substance to the rumor of a permanent Burning Man City, it would be natural for Elon to be part of it.