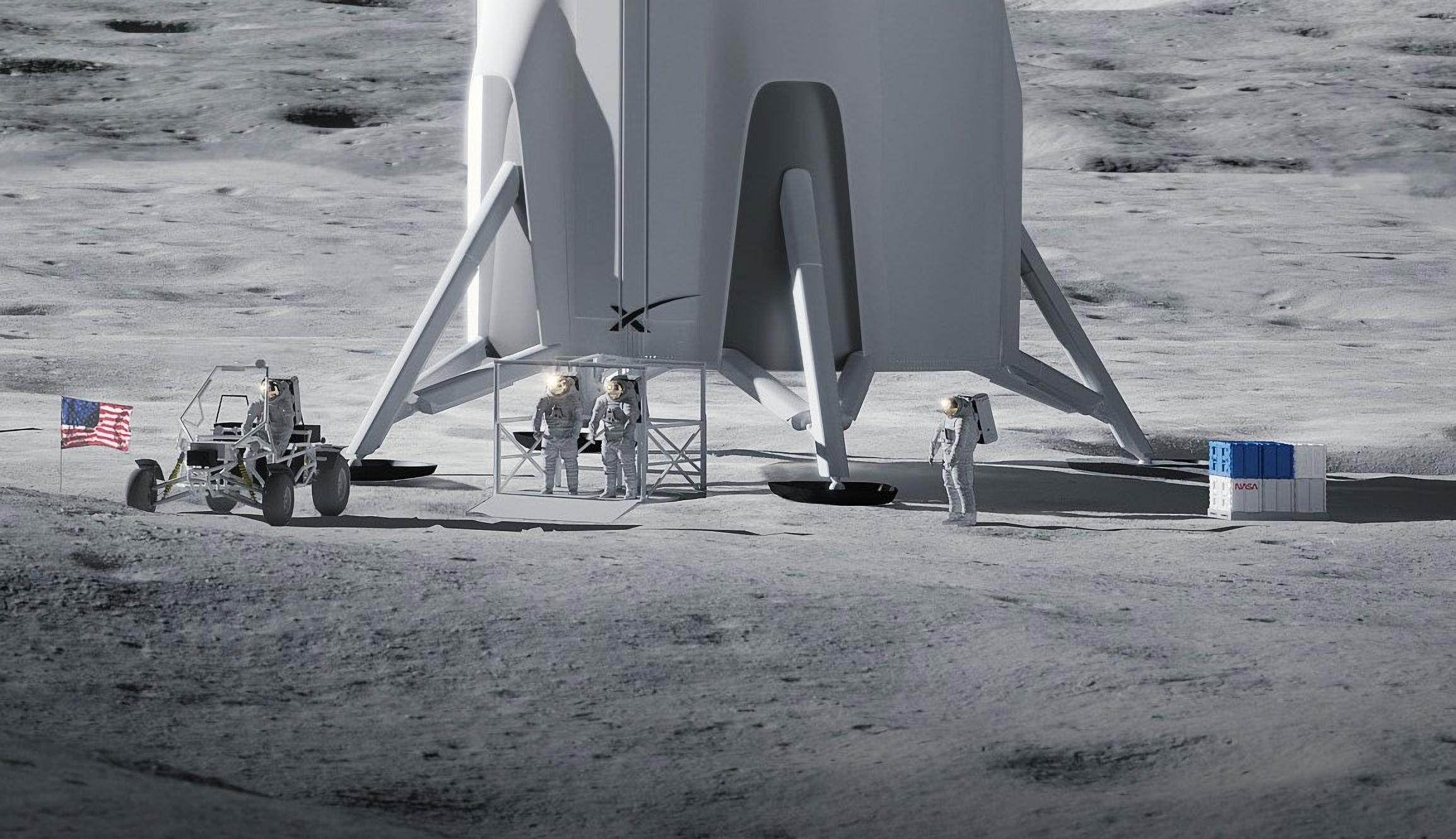 Elon Musk says that SpaceX could help keep a 2024 Moon landing on track by building spacesuits for NASA. (SpaceX)

A new report from NASA’s Office of the Inspector General (OIG) strongly suggests that spacesuit availability, of all things, could prevent NASA from returning humans to the Moon on schedule in 2024.

Days prior, a similar watchdog office (GAO) denied protests from Blue Origin and Dynetics that were preventing NASA and SpaceX from working on the Starship-derived lander that will land those same humans on the Moon. Now, in an indirect response to NASA OIG’s analysis of the status of NASA’s next-generation spacesuit procurement efforts, CEO Elon Musk says that SpaceX may be able to provide its own custom Moon-rated spacesuits on top of a Starship lander.

As it turns out, SpaceX is already one of around two dozen “interested parties” [PDF] active in NASA’s new xEVAS (Exploration Extravehicular Activity Services) program – an effort to commandeer the spectacular success of commercial cargo and crew programs to replace half-century-old spacesuits. xEVAS has currently released a draft Request for Proposal (RFP) and is awaiting responses to that draft until mid-August before releasing the true RFP in mid-September.

Interested parties will then have until mid-October to submit proposals to design and build modern EVA (extravehicular activity) spacesuits capable of supporting astronauts on the lunar surface and on spacewalks in Earth orbit. NASA says it will then take a full five (or seven) months to review those proposals, downselect, and reward at least one or two contracts – hopefully resulting in two redundant EVA systems much like the 2+ redundant providers NASA chose to support its Commercial Crew (CCP) and Cargo Resupply Services (CRS) programs.

Over the last decade and a half, NASA has been very gradually working on its own next-generation EVA suits. Known as “xEMU,” the program has been less than smooth, running into multiple issues, funding shortfalls, and delays over the years. NASA OIG’s August 10th, 2021 report [PDF] says that the minimum two xEMU suits needed to support a planned crewed Moon landing as early as 2024 are almost certainly not going to be ready by 2024 after COVID-19, funding shortfalls, and technical difficulties recently delayed the program by almost two years. The office estimates that those NASA-built EVA suits will be ready absolutely no earlier than April 2025.

However, in April 2021, NASA kicked off its brand new xEVAS program – a program that strongly implies that the agency is all but giving up on building its own xEMU EVA suits. While it appears that the agency still plans to build six of its own xEMU suits as a hedge against its innovative, unprecedented xEVAS EVA-suits-as-a-service program, there’s a chance that NASA’s prospective commercial providers could help mitigate or outright prevent spacesuit availability from delaying humanity’s return to the Moon.

Of course, with NASA set to award xEVAS contracts no earlier than either March or May 2022, providers would be left with a mere ~30 months to design, prototype, build, and qualify what amount to personal human-rated spacecraft (EVA suits). According to NASA, “the goal is to achieve one or more EVA service demonstrations as early as 2024, and the full suite of commercial EVA services beginning as soon as feasible thereafter” – an extraordinarily ambitious target.

Notably, for its spectacularly successful Crew Dragon program, SpaceX has already developed and repeatedly flown a custom pressure suit for Dragon astronauts. That IVA suit is designed to keep astronauts alive in the event of spacecraft depressurization. Due to the mobility they must provide and a resultant need for light and portable power and life support systems, EVA suits are dramatically more complex than IVA suits, which offer very little mobility when fully pressurized and are permanently connected to their spacecraft through umbilicals.

If anyone can rise to the challenge of developing an EVA suit from scratch in two years, though, it’s likely SpaceX.