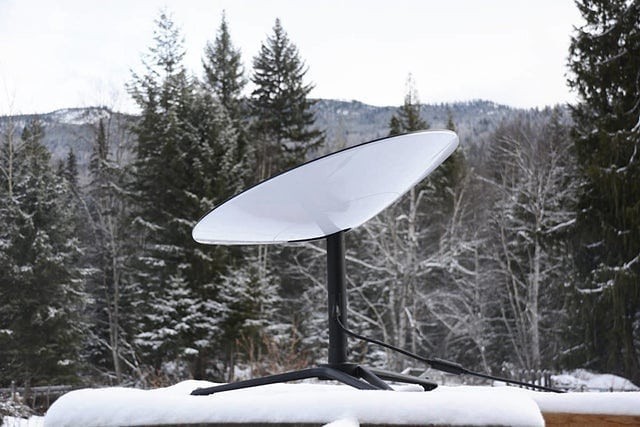 Starlink’s ease of use and speed impresses cybersecurity analyst

Nicholas Underwood, a 25-year-old cybersecurity analyst, is well-versed in tech, but before getting his Starlink kit, he was facing a rather tricky situation. Since moving to his new home in Stevens Point, WI, seven months ago, Underwood has had to deal with extremely slow internet speeds. So slow, in fact, that on good days, his local ISP could only provide him with speeds of about 3 Mbps.

This situation, while incredibly unfortunate, is not only being experienced by a small group of people in the United States. For those living in rural areas, users typically have to make do with downright painful internet speeds. This was one of the reasons why Underwood promptly signed up for Starlink as soon as he was able, despite the system’s rather steep upfront fee of $499.

Underwood’s Starlink kit was able to record speeds of around 80 Mbps on the first day. And since then, the service has only gotten better. The Starlink kit was even able to achieve speeds of 110 Mbps despite Dishy McFlatface being in two feet of snow. When asked by Inverse about his thoughts on Elon Musk’s satellite-based internet service, the cybersecurity expert noted that he is optimistic about Starlink’s potential.

Part of this was because of the system’s ease of use. This was something that Elon Musk has highlighted in the past, with the SpaceX CEO noting that Starlink is designed to be as simple as possible. This, according to Underwood, would make it easy for those unfamiliar with tech to set up their Starlink kits easily.

“I would definitely say it’s non-tech-person ready. The setup, it can’t get easier. You literally can’t get any satellite internet connection easier to set up,” Underwood said.

Starlink is only in its initial stages, but the company is making some serious headway into the system’s expansion. As per SpaceX President Gwynne Shotwell, the production costs of Starlink’s terminals have already seen a dramatic decline. She also remarked that the satellite-based internet service should be capable of full global connectivity just a handful of months from now. Job listings from SpaceX have also suggested that the private space firm is looking to establish a Starlink production facility in Texas.

Starlink’s ease of use and speed impresses cybersecurity analyst