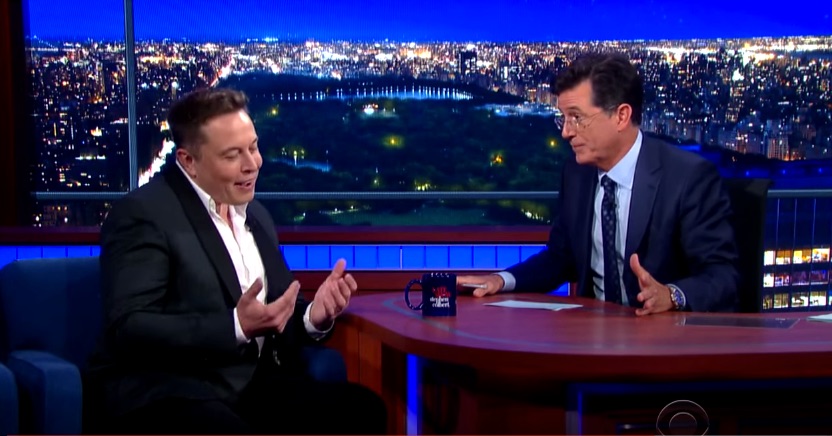 Elon Musk didn’t reveal any ground breaking Model X or Model 3 news during last night’s appearance on Stephen Colbert’s The Late Show, but one revelation that came out of the short interview was Musk’s theory on how to quickly transform Mars into a habitable planet.

After a tongue and cheek moment spawned by Colbert’s highlight reel of  Tesla’s “snake bot” , to which Musk commented, “for the prototype at least, I would not recommend dropping anything when you’re near it”, Colbert goes onto to discuss Musk’s vision of inhabiting Mars.

Musk explains that the “fast way” to warming up Mars and making it more hospitable is by dropping thermal nuclear weapons onto the planet.

Watch the video from The Late Show.

Just as quick as his appearance on The Late Show, Musk was quickly whisked away in, you guessed it, a beautiful Tesla Model S.

See the video below.