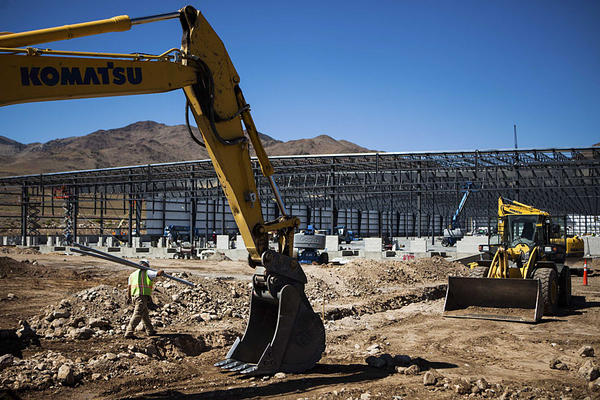 Lithium mining is suddenly a hot topic in Nevada, where a local state senator is up in arms about a deal to import lithium from Mexico. Other sources exist. Lithium mining has become a hot topic in Nevada largely because of Tesla’s interest in sourcing lithium hydroxide, one of the main ingredients needed for Gigafactory scale production of lithium-ion batteries.

Tesla announced it had signed a deal with Canadian company Bacanora and British company Rare Earth Minerals towards the end of August. Bacanora is a minerals explorer, while Rare Earth Minerals owns Sonora Lithium Project. That partnership is designed to develop a “low-cost”, “sustainable” mining project in Northern Mexico based on clay deposits found in the region.

The Sonora mine does not exist yet, but could yield between 35,000 and 50,000 tons of lithium deposits annually. The deal will be extended and scaled up contingent on the mine’s ability to meet Tesla’s forecasts and actual output from its Gigafactory. The two Sonora project partners will need to find debt or equity to finance the operation and Tesla is permitted under the deal to participate in financing activities.

The state of Nevada has agreed to give Tesla almost a half billion dollars in tax incentives in order to lure the Gigafactory to the site north of Reno, which seems little enough considering the increase in economic activity the factory will bring to the state. But now, a Nevada politician, Democrat state senator Tick Segerblom, has tweeted, “Tesla to get lithium from Mexico – where’s Trump when you need him?”

tesla to get lithium from mexico – where's trump when we need him? $TSLA http://t.co/8NGT7OgjXp via @WSJ

That got the Las Vegas Sun involved. They contacted Elon Musk, who tweeted back that press interest in the story was “unwarranted” as the lithium deal was “not exclusive” and had “many contingencies”. He said that Tesla would “definitely” be interested in talking to local suppliers of lithium feedstocks. According to the Sun’s sources, developing lithium mines in the US is a lengthy process taking as much as 10 years, while lithium mining operations already located in Nevada are either too small or nearing the end of their planned lifetime.

@ScottLucasNV Lithium deal is not exclusive & has many contingencies. The press on this matter is unwarranted.

Now up pops Nevada Sunrise Gold Corporation, which apparently is a played out gold mining operation. It announced on September 2nd that it has “entered into a letter agreement for an option to purchase” a site in Esmeralda County, which is in Nevada’s Clayton Valley. The company believes that area could hold lithium brine deposits in subterranean aquifers, based upon studies and reports made of the local area.

Meanwhile, researchers at the University of Wyoming report they have discovered an enormous supply of lithium at the Rock Springs Uplift, a geological feature in southwest Wyoming. Initial tests indicate the lithium-rich brine from a 25-square-mile area could contain 228,000 tons of the stuff. That’s enough to meet annual U.S. demand and is twice the amount available at Silver Peak in Nevada, which is the biggest domestic lithium producer today.

What has the University of Washington team excited is that the lithium at the Rock Springs Uplift can be processed more cheaply than the lithium found at other locations, due to a number of factors.

First, extracting the lithium from brine requires large quantities of soda ash (sodium carbonate). The Rock Springs Uplift site is located within 30 miles of the world’s largest industrial soda ash supplies, so the cost of transporting it to the production area will be minimal.

Second, magnesium must be removed from brine before it can be used for lithium recovery and that can be an expensive process. The brine from the Rock Springs Uplift reservoirs is lower in magnesium than at other sites. Less magnesium means less money to remove it.

Third, the brine must be heated and pressurized to release the lithium it contains. Because the Rock Springs Uplift brine is far underground, it is already at a higher pressure and temperature than brine at existing lithium operations. That factor may eliminate an expensive step in the process, resulting in significant cost savings.

The Chinese thought they had cornered the market for lithium when they locked up rights to much of the world’s lithium supply located in Bolivia a decade ago. But apparently, the demand has created interest in new sources of supply. Hopefully, all this interest in lithium will spur competition which could lead to lower prices. And that could spell lower battery prices for the electric cars and electrical storage batteries of the future.