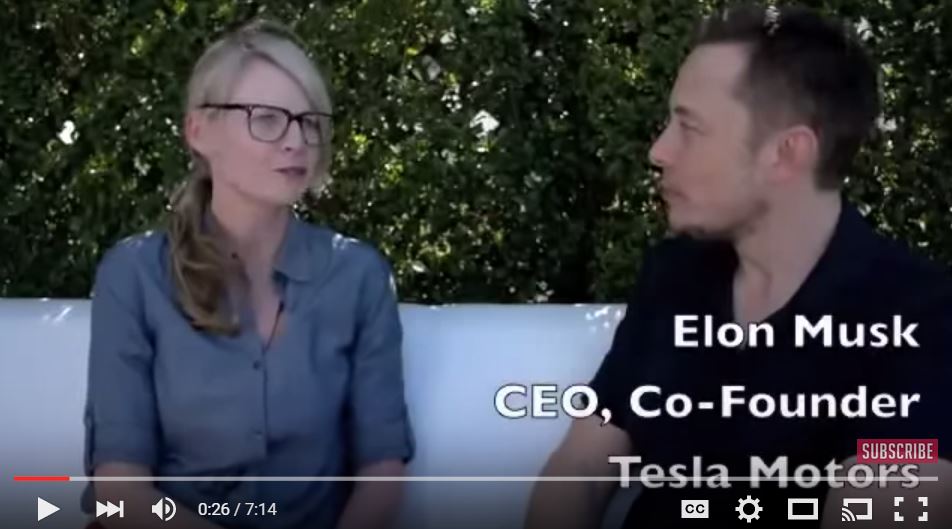 With first deliveries of Tesla’s new electric crossover taking place within weeks, we thought it would be fun to take a take a trip down memory lane and revisit an interview where Elon explains his vision for the Model X and its falcon wing doors.

Katie Fehrenbacher of GigaOM TV at the time sat with Elon Musk in 2012 and asked him to explain the thinking behind the Model X. Musk told her that for many years, minivans were practical but had no style. On the other hand, SUVs had more style but were less functional. The Model X, he explained, is designed to merge the functionality of  a minivan with the style of an SUV, all in in a package that outperforms a Porsche 911 Carrera.

Musk goes on to explain the limitations of a traditional SUV — if you want to carry 7 passengers, there’s no room left over for their luggage. But if you want to carry luggage, there’s no room for 7 people. He also says the third row seats in most SUVs are only suitable for small children, while the rear seats in the Model X are appropriate for real adults. We know from the latest reveal of Tesla’s Model X online configurator, that Musk has delivered on this vision.

Musk discusses the benefits of a dual motor set-up in the Model X which will eliminate the need for a bulky rear drive shaft, but also allow for more room in the interior. As we know from last year’s announcement of the P85D, the dual-motor configuration allows onboard computers to perform calculations 1,000 times a second to maximize grip and range. It also optimizes acceleration when the driver puts the hammer down.

Turning to the so-called “falcon wing” doors, Elon took extra time to explain that they are hinged at the top and in the middle. Without the second hinge, the doors would open too wide and possibly bump against cars parked alongside. With the “falcon wing” arrangement, the doors only open 12″ beyond the sides of the car. Musk says if you can fit between your Model X and a car parked alongside, you will have plenty of room to open the rear doors.

Fast forward three years and we’ll soon be seeing how much of Musk’s vision has come to fruition.