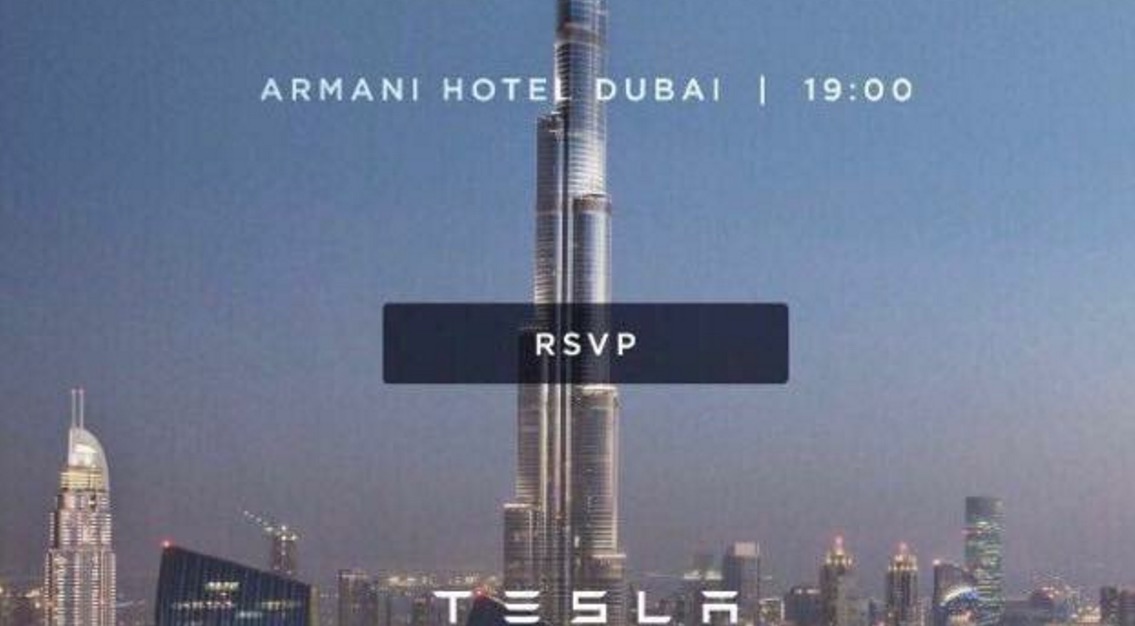 Tesla is expected to kick off its official grand opening in Dubai on Monday, February 13. The invitation-only launch event will take place at the luxurious Armani Hotel in Burj Khalifa where Tesla CEO Elon Musk, who will already be in Dubai a day earlier to share his vision for the future of mobility at the World Government Summit, is expected to welcome in the oil-rich region as a new Tesla sales territory.

The United Arab Emirates has made great strides in adopting renewable energy, clean technology and electric cars despite being a country that holds one of the world’s largest oil reserves. Still, there’s been a strong show of support for Tesla in Dubai and the UAE. Some fans of the Silicon Valley-based automaker went as far as to import their Model S and Model X vehicles from the US and Europe into the country.

As we reported last month, Tesla was close to opening a showroom in either Abu Dhabi or Dubai – possibly both. Job postings on Tesla’s website revealed that the company was in search of Service Technicians to be located in Dubai, giving further indications that the electric car maker will soon be establishing a presence in the city of gold.

Tesla’s UAE Launch event will begin at 7pm local time from the Armani Hotel. Musk is expected to take stage shortly after that.

Looks like .@TeslaMotors is finally coming to the #UAE #DUBAI #AbuDhabi pic.twitter.com/axxWK2Gswf