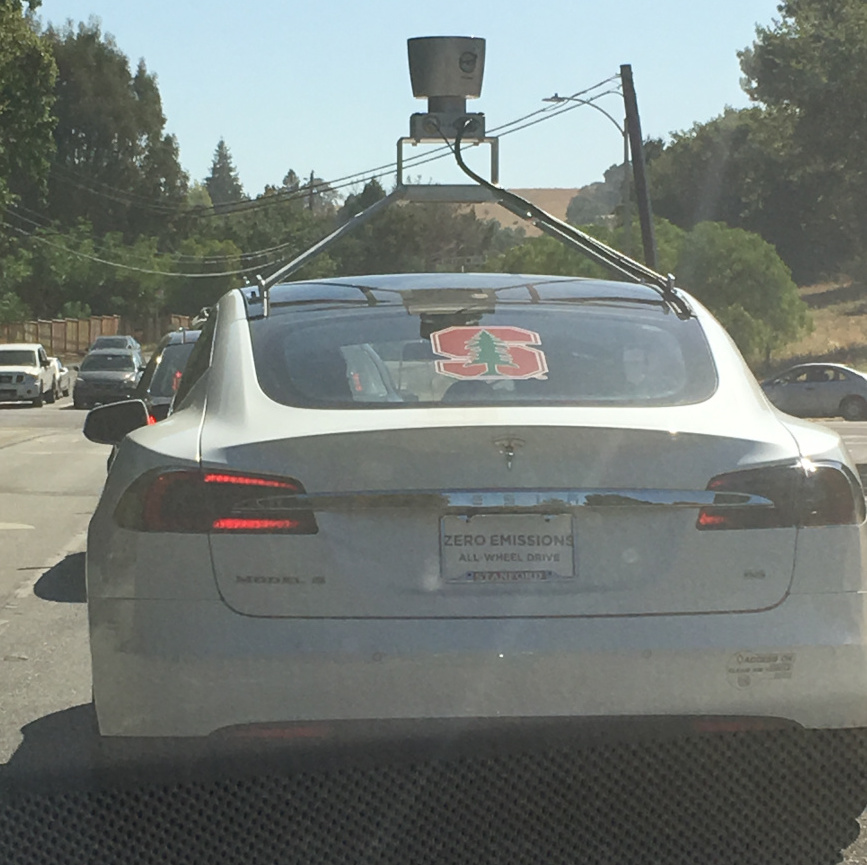 Tesla CEO Elon Musk has been opposed to the idea of using LIDAR for self-driving cars stating that the same benefits can be achieved at a cheaper cost when used with cameras and radar. using  “I don’t think you need LIDAR … you can do this all with passive optical and then with maybe one forward radar”, Musk said during a press conference last October. “I think that completely solves it without the use of LIDAR. I’m not a big fan of LIDAR, I don’t think it makes sense in this context.”

Though a Tesla Model S with LIDAR equipment was spotted cruising through the streets near Tesla’s headquarters in Palo Alto, CA, which led to further speculation that perhaps Tesla is reconsidering its use of of LIDAR hardware in its next generation Autopilot, a new tweet from Musk reveals that Tesla will continue its stance on using radar technology. The Tesla CEO writes via Twitter, “Working on using existing Tesla radar by itself (decoupled from camera) w temporal smoothing to create a coarse point cloud, like lidar”

Good thing about radar is that, unlike lidar (which is visible wavelength), it can see through rain, snow, fog and dust

Despite Musk’s stated case against LIDAR, Google believes infrared LIDAR technology used for creating a 3D map of its vehicle’s surroundings is the answer to autonomous cars. Industry experts on self-driving cars believe Joshua Brown’s fatal accident which saw his Autopilot enabled Model S crash into a white tractor trailer against a brightly lit sky, could have been prevented if LIDAR technology was used.

But despite the tragedy, it would seem that LIDAR will not be part of the equation for future versions of Autopilot. “Good thing about radar is that, unlike lidar (which is visible wavelength), it can see through rain, snow, fog and dust”, says Musk on Twitter.

But what about the array of cameras observed on a Model S test mule spotted outside of Pittsburgh recently? A careful observer can make out a number of additional cameras behind the windshield and some oddly positioned across the front bumper. From outward appearances, it looks like the test mule was set up in a way that would allow Tesla engineers to assess the capabilities of past, present, and future Autopilot hardware simultaneously. Being able to compare data from different sensors under exactly the same ambient lighting and weather conditions could give Tesla engineers valuable feedback about which sensors perform best under a variety of circumstances.

In the wake of the news that NHTSA and NTSB have opened investigations into how Autopilot operates and its safety, changes may be in the offing, but don’t expect to see a LIDAR system in place.