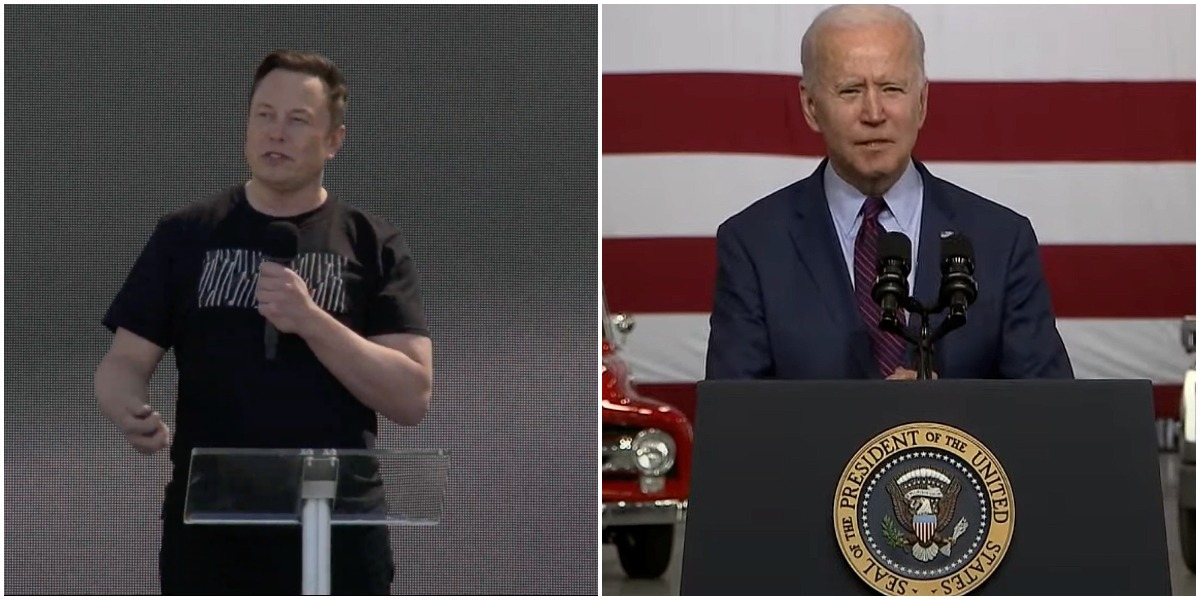 Elon Musk thinks President Joe Biden's EV incentives should be a thing of the past.

Tesla CEO Elon Musk sent an email to company executives earlier this week explaining his reasons for a cutback on salaried positions, which was based on a “super bad feeling” about the United States economy.

President Joe Biden, during a press conference at the White House yesterday, took Musk’s comments personally after making numerous claims about the strength of the economy. Biden, who commented that more Americans feel financially stable since he took office, sarcastically and satirically poked fun at the Tesla CEO, wishing him “lots of luck on his trip to the moon.”

#BREAKING: President Biden responds to Elon Musk’s “super bad feeling about” the US economy and wants to cut 10% of workforce: “Lots of luck on his trip to the moon.” pic.twitter.com/QEYnPI6hlf

Musk thanked the President in a reply Tweet, but it was the latest chapter in a strange saga between the world’s richest man and the President of the United States. Biden, who took office in January 2021, avoided the word “Tesla” like most avoid curse words. What seemed like a forbidden phrase thanks to his loyalty to automotive unions, Biden finally uttered the leader of the electric vehicle sector’s name in February, giving Tesla its props as the “largest electric vehicle manufacturer” in the world.

Biden, who managed to take the White House away from Donald Trump, has seen his approval rating drop significantly since the beginning of his tenure in Washington. According to the Associated Press, only 39 percent of adults in the U.S. approve of Biden’s performance as president. Even approval among Democrats stands at only 73 percent, which sounds positive, but it is a drastic drop from previous lows, which had not previously dipped below 82 percent.

Incredibly, Biden tried to use a relatively significant accomplishment as an insult against Musk, who for years has tried to develop technology to make life multiplanetary with his company SpaceX. Unfortunately for Biden, the numbers don’t lie: gas prices continue to soar, and inflation has risen from figures of 1.4 percent in January 2021 to 8.3 percent in April 2022, its highest level in a more than 40-year history, which peaked in March 2022 at 8.5 percent, according to Newsweek.

While both Biden and Musk could take the high road and move on from the passive-aggressive jabs they’ve taken at each other over the past year and a half, it does not necessarily appear the two are willing to stop. Whatever the next interaction between the two is, it is likely to start an intense conversation between loyalists. However, Biden’s claims of a robust American economy solidified by financial security amongst the country’s citizens is not necessarily accurate based on recent polls. Only about 2 in 10 adults said they felt the U.S. economy was heading in the right direction.