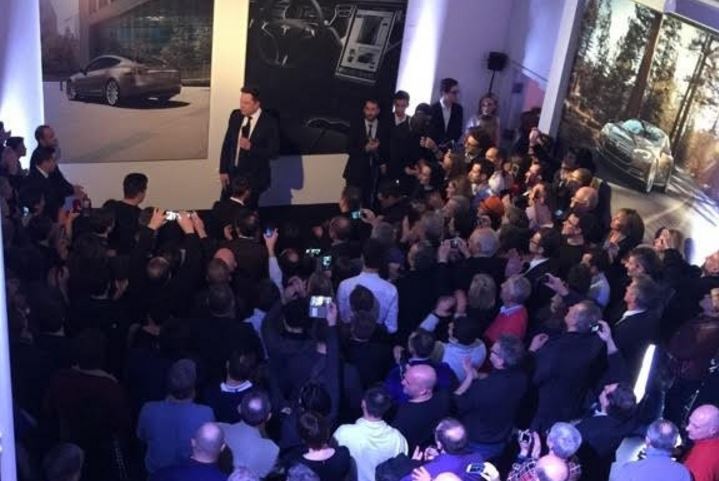 Elon Musk was in Paris on Friday. He told an audience that Tesla is moving aggressively to expand its SuperCharger network south and east and that a European factory is likely eventually. Tesla is waiting for European approval for its Summon software feature.

On his way back home from Hong Kong, Elon Musk stopped off at Tesla Paris on January 29 to greet a room full of Tesla owners and fans. Elon had lots to say about what lies ahead for the company in the coming year. During the course of the evening, he discussed his plans for a Tesla European factory, the expansion of the Supercharger network, and even touched on plans for potential app mirroring.

Musk began by saying that his father had brought him to Paris when he was 6 years old and that had inspired him to study French in high school. He then favored the audience with a few phrases in French, which those in attendance very kindly pretended to understand. 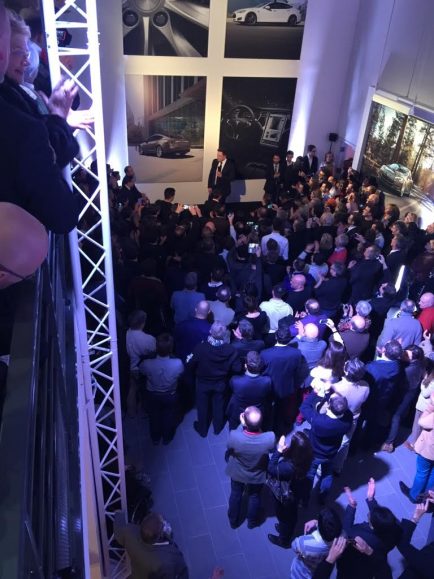 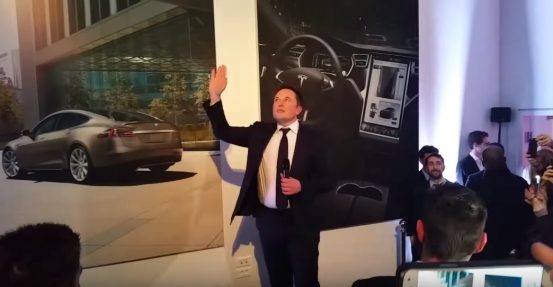 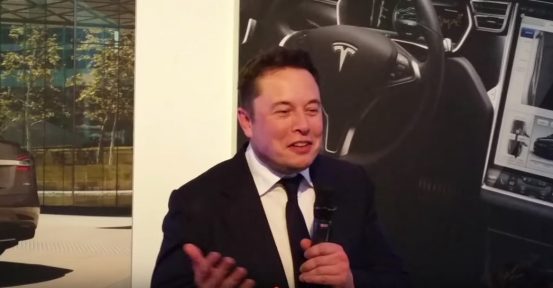 According to Musk, production of the Model X  is continuing to accelerate and should equal that of the Model S by the second quarter of this year. He said if they have a Model X on order, they could expect delivery some time this summer. “You’re going to love it,” he assured them. “It is really something special. The X is a better SUV than the S is a sedan.” A big thanks to Electron Libre for posting part of the interview on YouTube which you can see below.

Later in the presentation, Elon said Tesla will continue expanding its Supercharger network in Europe. There are a number of charging locations in Paris and northern France, but the network will be adding Superchargers in southern France, Spain, Portugal, and Italy before the end of the year. It also intends to push into eastern Europe, including Poland, the Czech Republic, Slovakia, and Russia.

At the same time, a large increase in destination chargers at hotels, inns, B&Bs, and restaurants throughout Europe is planned. Many of those facilities are requesting to be included in the destination charger roll out in order to attract Tesla owners, who businesses value as premium customers.

Last week in Hong Kong, Elon Musk told CNN’s Kristi Lou Stout in an interview that Tesla wants to build cars in China and Europe eventually. He confirmed for his Parisian audience that a European factory is definitely part of the company’s plans, without giving any specifics as to when. He did tell Stout he thinks Model 3 production will begin in China in “about 3 years.”

Not all European nations are comfortable with the Summon application that Tesla began downloading to its customers in early January. Several, including France, have asked that the software not be installed until regulators have had a chance to evaluate it. Musk told his audience he expects French authorities to approve the Summon application soon.