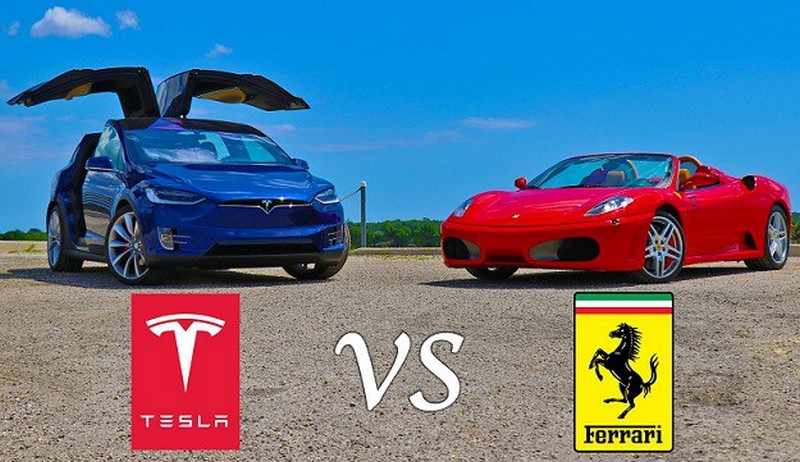 Ferrari CEO and head of FiatChrysler Sergio Marchionne is no fan of electric cars or vehicles that drive themselves. Speaking to reporters at the 2016 Geneva Motor Show, Marchionne described his experience behind the wheel of a Tesla as ‘obscene’ in reference to the overall concept of having driverless technology.

For Marchionne, the Ferrari experience is all about driving the car and feeling the roar of the engine. A car from Maranello without an internal combustion engine is “an almost obscene concept,” he says. His first thought after driving a nearly silent Tesla Model S was, “This is not a Ferrari.”

Despite YouTube being littered with Ferraris being humiliated at the drag strip by Teslas, with the latest example being a Ludicrous-enabled Model X P90D  walking away from a Ferrari F430 (video below), it’s safe to assume that Marchionne will never build a self-driving Tesla rival.

After all, Marchionne is best known to electric car fans as the man who begged people not to buy an electric Fiat because his company loses $14,000 on every Fiat 500e it sells. Clearly, he is firmly wedded to the way things used to be in the car business, back before the California Air Resources Board started forcing automakers to start building compliance cars.

Despite rival Porsche’s commitment to building an all electric 4 door sports car, there can be no justification for Ferrari to ever do the same. But his counterpart at Porsche agrees with him about one thing. Self driving cars are of no interest to either Porsche or Ferrari drivers. Porsche’s CEO, Oliver Blume, sniffs, “An iPhone belongs in your pocket, not on the road.”

Tesla is forcing auto executives all around the world to rethink what an automobile should be. But at Ferrari and Porsche, there is a limit to how much new thinking is permitted. Perhaps those who see themselves as the pinnacle of automotive achievement are more resistant to change than others.