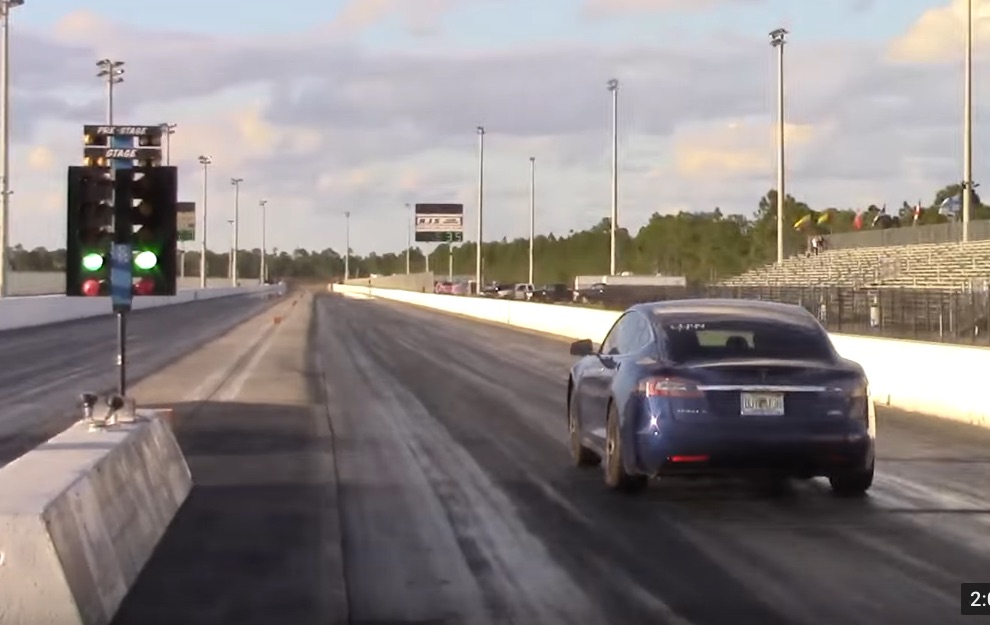 Serial Tesla owner Dan Ringdahl of West Palm Beach, Florida was one of the first to take delivery of a Tesla Model S P100D last October, and also the first to showcase the vehicle’s acceleration capabilities. In his never ending pursuit to squeeze every ounce of acceleration out of the P100D, along with friend Brooks Weisblat of drag racing authority DragTimes, Dan was finally able to reign victorious this past Friday from Palm Beach International Raceway after setting the world’s quickest Model S P100D 1/4 mile time of 10.723 seconds at 121.49 MPH. The time bests the previous Model S P100D 1/4 mile record of 10.726 seconds at 120.27 MPH by just three-one-thousandths of a second.

It’s worth noting that Dan’s time was registered in an official track setting, and without the use of the one-foot rollout methodology that MotorTrend and Car and Driver favor. Though Dan’s Deep Blue Metallic Model S P100D is outfitted with lightweight TSW wheels and wider tires (245-20 front, 275-20 rear), the record-setting 1/4 mile run is nonetheless impressive considering the vehicle has seen its fair share of hard launches, yet never affected by Tesla’s power limiting feature, and has a battery pack that shows no degradation after 20k miles of use. 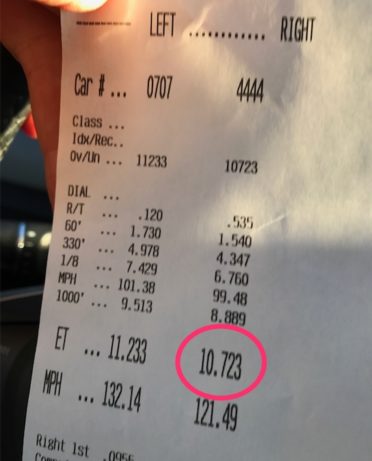 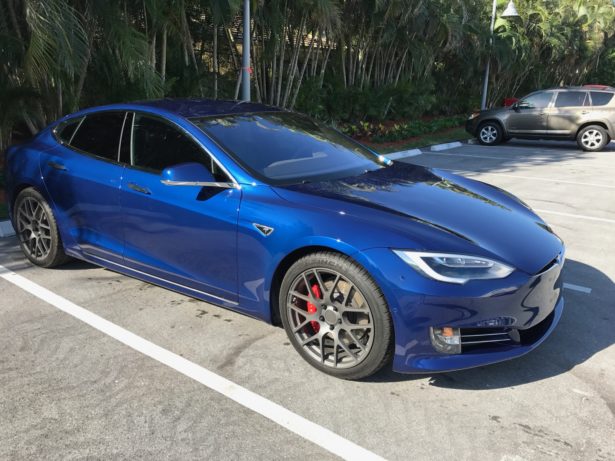 It comes as no surprise that Tesla’s best of breed battery technology is able to deliver consistently and without compromise even when pushed to the limits. Tesla-based transportation company Tesloop revealed last year that their fleet vehicle lost only 6% of range after 200,000 miles.

Check out Dan’s world record run in the video below. DragTimes who shot the video also captured a factory Model S P100D, that has been equipped with every available option, blast an equally impressive 10.875 @ 121.45 MPH 1/4 mile run.

After recently seeing a stock Model S P100D destroy a modified P100D in a drag race, we’re wondering how Dan’s time would fare against a “bare bones” P100D.