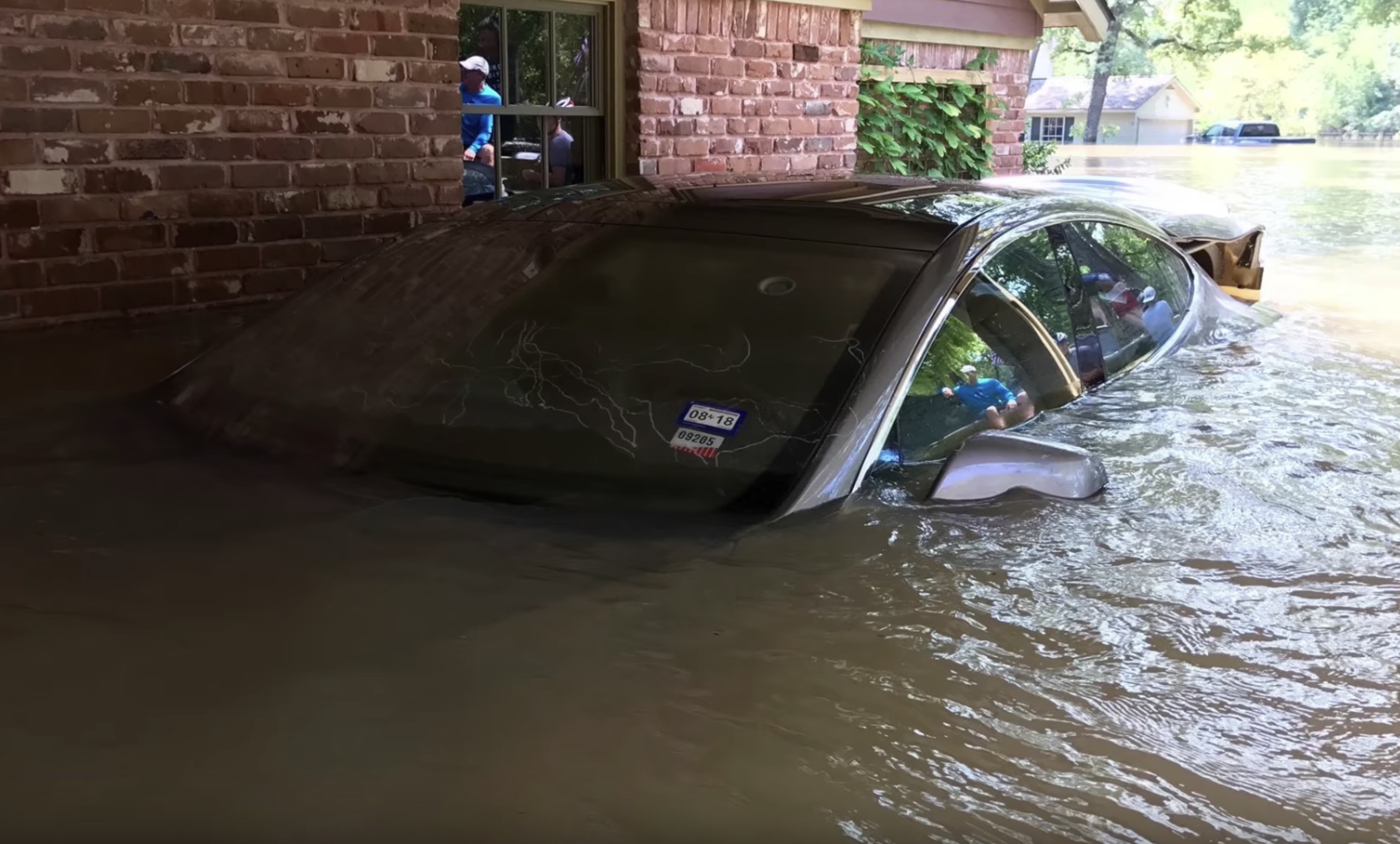 A Tesla Model S P85D with salvage title was able to miraculously power on, despite being submerged underwater for 10 days when catastrophic Hurricane Harvey swept through Houston, Texas last year.

The discovery comes by way of hobbyist Tesla rebuilder Rich, who shares his story in his popular Rich Rebuilds YouTube channel about purchasing a severely flood-damaged Model S for $20,000 and attempting to restore it. In the video, Rich could be seen powerwashing the vehicle’s moldy interior, including the entire dashboard and 17-inch center touchscreen.

Rich then hooked up an external power source to the Model S’ front-mounted 12V battery in an attempt to “jumpstart” the vehicle to see if anything would be functional. This was when things started to become very, very interesting.

Despite once having been submerged underwater, the vehicle’s instrument cluster and infotainment system was able to miraculously boot up, and more surprisingly showed signs of being operational. Its hazard lights turned on as well. Rich and his team then attempted to unlock the vehicle, and sure enough, after a couple of tries, it did. The Model S’ door handles, fog lights, and interior dome lights all appeared to show signs of being fully operational. Despite the numerous onscreen warnings, the vehicle’s multimedia control unit was still functional, showing no signs of moisture and water intrusion despite getting powerwashed a half hour earlier.

The Model S also showed that it was still able to connect to the internet through LTE. Rich and his team tried accessing Google.com through the infotainment system’s built-in web browser, and much to their amazement, the electric car’s browser worked just fine.

Rich’s discovery in his latest project seems to validate some of Tesla CEO Elon Musk’s statement back in June 2016, when he commented on a video of a Model S owner using the car as a makeshift boat while wading through a flooded tunnel in Kazakhstan. According to Musk then, the all-electric sedan could indeed float for a short period of time and without seemingly damaging its electronics, since its battery and drivetrain are sealed. This appears to also be the case with Tesla’s media control unit if one were to base it on Rich’s latest finding.

We *def* don't recommended this, but Model S floats well enough to turn it into a boat for short periods of time. Thrust via wheel rotation.

Tesla’s electric cars command a relatively high price even as salvaged vehicles. According to  E-Repairables, a website dedicated to listings of damaged electric vehicles, a salvaged Tesla Model S could easily fetch $30,000 and above, close to the prices of some CPO Model S.

The Tesla Model S is among the vehicles on the market with a high resale value. Last year, Autolist conducted a survey which concluded that the luxury electric sedan depreciates less than cars from competing manufacturers. The same poll also revealed that second-hand Teslas sell much faster than gasoline powered cars in its category.

Watch Rich’s video featuring the powering on of his flooded Model S in the video below.