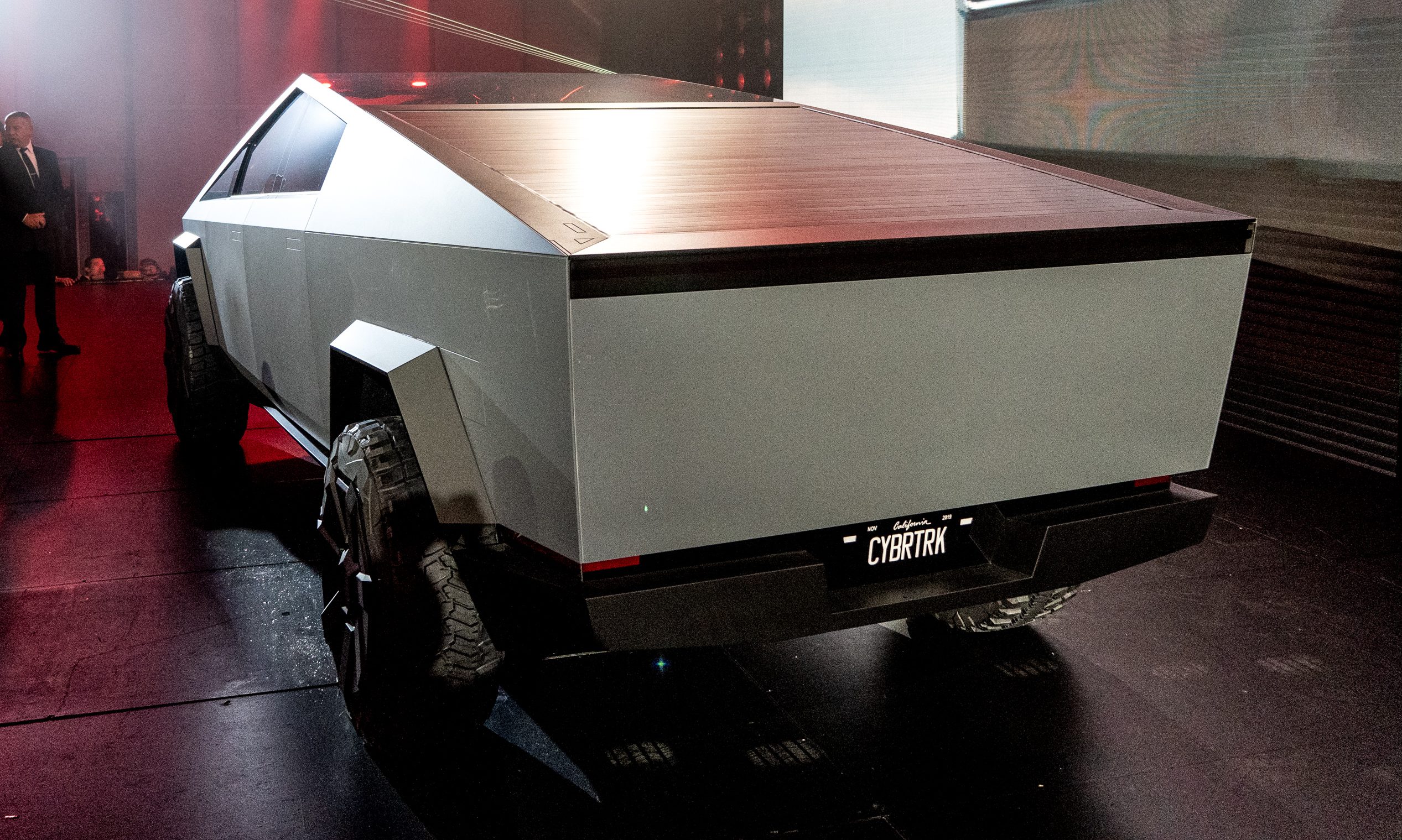 Tesla’s Cybertruck may be as polarizing as Elon Musk previously suggested, but its combination of affordable price, killer specs, and crazy performance makes it a rather unusual-looking yet potentially formidable entry into the pickup truck segment. Yet, amidst all these capabilities, it appears that Tesla is also looking to make its pickup as the ultimate vehicle for camping and overlanding.

Images of the Cybertruck released online show that the vehicle will have an attachment that transforms the pickup into a camper, complete with a small kitchen and a table. Looking at the image shared by Tesla, it appears that the company has included as many features as it can into the Cybertruck, except the kitchen sink. Considering Elon Musk and Tesla’s tendency to adopt some humor in their creations, it would not be too farfetched if later iterations of the Cybertruck’s portable kitchen ends up getting an actual working sink.

Vehicles that engage in activities such as camping or Overlanding tend to stay in one location for several days. This means that if the Cybertruck were to be used for such purposes, the vehicle will likely remain parked in an outdoor location for extended periods. Tesla, if Elon Musk’s recent tweets are any indication, actually has a plan for this, with the CEO stating that the Cybertruck’s rear will have a Solar Powered tonneau cover, allowing the vehicle to recharge its batteries while it’s exposed to the sun.

The Tesla CEO provided some details on this design element in a response to a Tesla Model 3 owner on Twitter. In his response, Musk stated that Tesla will introduce an option to add solar power to the Cybertruck, allowing the massive pickup to generate about 15 miles of range per day on its own. Fold-out solar wings could also be added later, which would generate about 30-40 miles of range per day. This, according to Musk, actually covers the average miles per day traveled by drivers in the United States.

Musk’s recent tweets suggest that Tesla’s Cybertruck is a vehicle that has been a long time coming. By providing the Cybertruck with a way to generate power on its own (albeit in limited quantities), the addition of a built-in PV system into the pickup would enable the vehicle to gain more range as it stays parked in an outdoor spot. Such a system could even be useful for homeowners whose Cybertrucks will be parked at the driveway, where the vehicles will likely be exposed to the sun on a regular basis.

Elon Musk has stated multiple times in the past that the Tesla Cybertruck would be a polarizing vehicle that looks like it came out of the set of the Blade Runner franchise. Its design suggests that this was the case. That being said, the pickup is very impressive, with its ultra-hard stainless steel exoskeleton, Tesla Armor Glass, a 0-60 mph time of 2.9 seconds for its top trim, up to 500 miles of range per charge, and a premium, tri-motor AWD variant. Yet, for all its special features and unique look, the Cybertruck is very aggressively priced, with the base variant starting at a very reasonable $39,900.