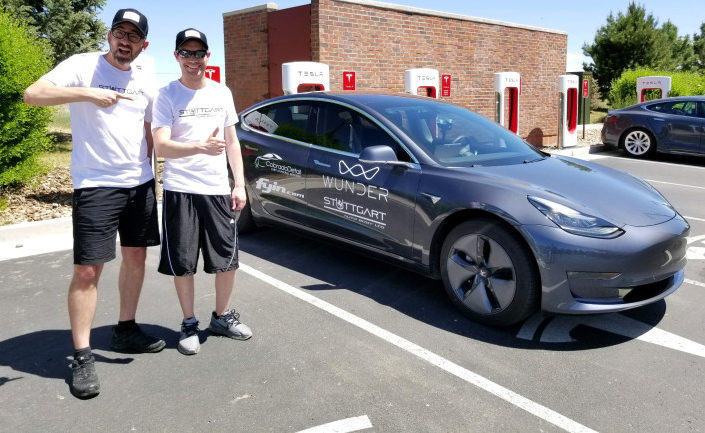 Less than a couple of weeks since setting a hypermile run record for the Model 3, Denver Tesla Club president Sean Mitchell, accompanied by Erik Strait, a fellow Tesla owner and host to a popular YouTube channel, managed to push the compact electric car 606.2 miles on a single charge, possibly setting a new Guinness World Record in the process.

Sean and Erik’s hypermile run stands as the first time a Tesla Model 3 has breached the 600-mile barrier. The trip lasted 32 hours, almost double the 18 hours that Mitchell took during his previous hypermile attempt. According to the duo in their livestream of their Guinness Record attempt, their speed this time averaged around 20-35 mph, slightly different than the 30 mph that Mitchell adopted during his first run.

The Tesla enthusiasts posted updates to their social media accounts during the duration of the trip. On Saturday evening, Mitchell posted an update informing his Twitter followers that they have hit the 500-mile mark. During this time, the Model 3’s battery was down to 12%. The Model 3 had used up 55 kWh of its battery as well. 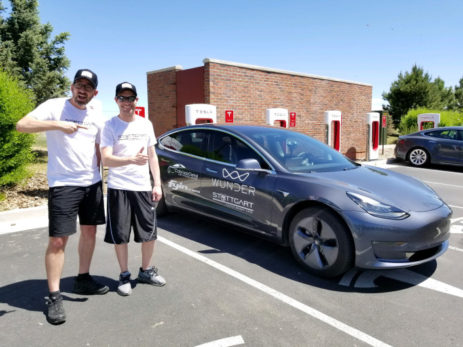 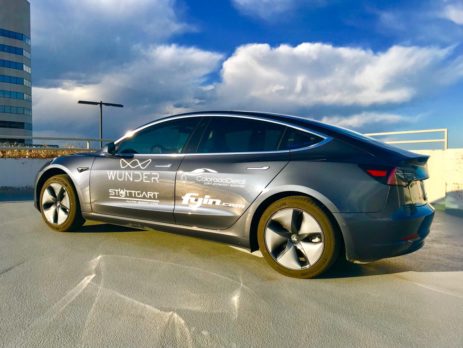 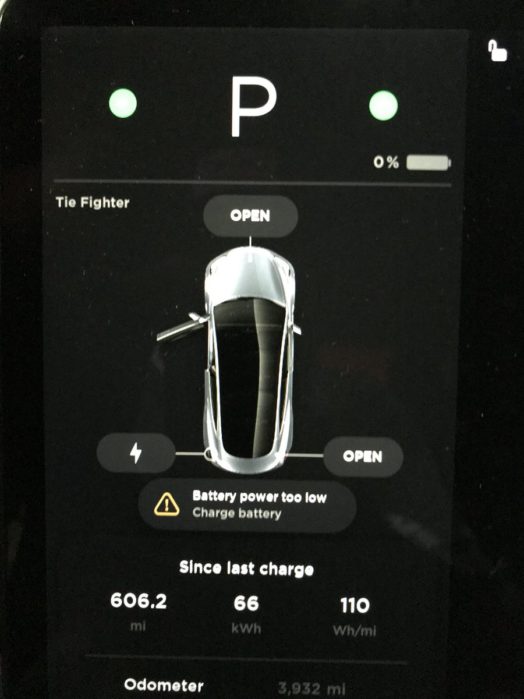 The final stats of the Model 3 at the end of its hypermile run. [Credit: Sean Mitchell/Twitter]

By late Saturday evening, the pair crossed the 600-mile barrier. The Tesla Model 3 ultimately ran out of battery 606.2 miles (975 km) into the trip. According to an update posted by Mitchell on his Twitter page after the run, the electric car averaged 110 Wh/mi and consumed 66 kWh during the long, 32-hour journey. This is considerably longer than the 515.7 miles driven by Mitchell in his previous hypermile attempt.

The journey did not come without its challenges. During dinnertime on Saturday evening, Mitchell and Strait did not even stop for a meal. Instead, one of the pair’s friends decided to do a special burrito delivery, which Mitchell received through a fishing net he stuck out from the vehicle’s window. The pair also did not turn on the Model 3’s air conditioning, causing temperatures in the vehicle’s cabin to reach 108F at one point during the trip.

Guinness currently only has a listing for the longest distance traveled by an electric vehicle. The record, which was set in October last year, was established using a modified BMW 5-series that was specifically designed for the Guinness Attempt. A Tesla Model S P100D driven by Tesla Owners Italia managed to hit 670 miles on one charge last August 2017 as well — a feat that warranted a tweet from Elon Musk.

In a statement to Teslarati, Mitchell and Strait described their experience during the recent hypermile run.

“It was amazing to me to see the support of the Tesla community. They were so supportive and encouraging of our efforts. They only did they support us by tuning into the livestream but they also, to our surprise, donated money through YouTube. The Model 3 is such a new car. This hypermile shows that not only is the Model 3 amazingly engineered for the masses, but EVs are a viable option for everyone,” Mitchell noted.

“It certainly brought attention to EVs in general and helped bring awareness about Teslas. We hopefully helped discourage range anxiety, even though we were an extreme case. We showed what Teslas are truly capable of. Also, by livestreaming the entire event, we had a lot of people tune in and ask a lot of good questions related to Tesla that we were able to help answer and clarify,” Strait stated.

The Model 3’s battery capacity and range have become some of the biggest advantages of the vehicle. Consumer Reports, which did not give the Model 3 a “Recommended” rating due to its braking distance, still stated that their car broke their records for range, managing to travel 350 miles on one charge.

Watch the final leg of Mitchell and Strait’s record-setting hypermile run in the video below.