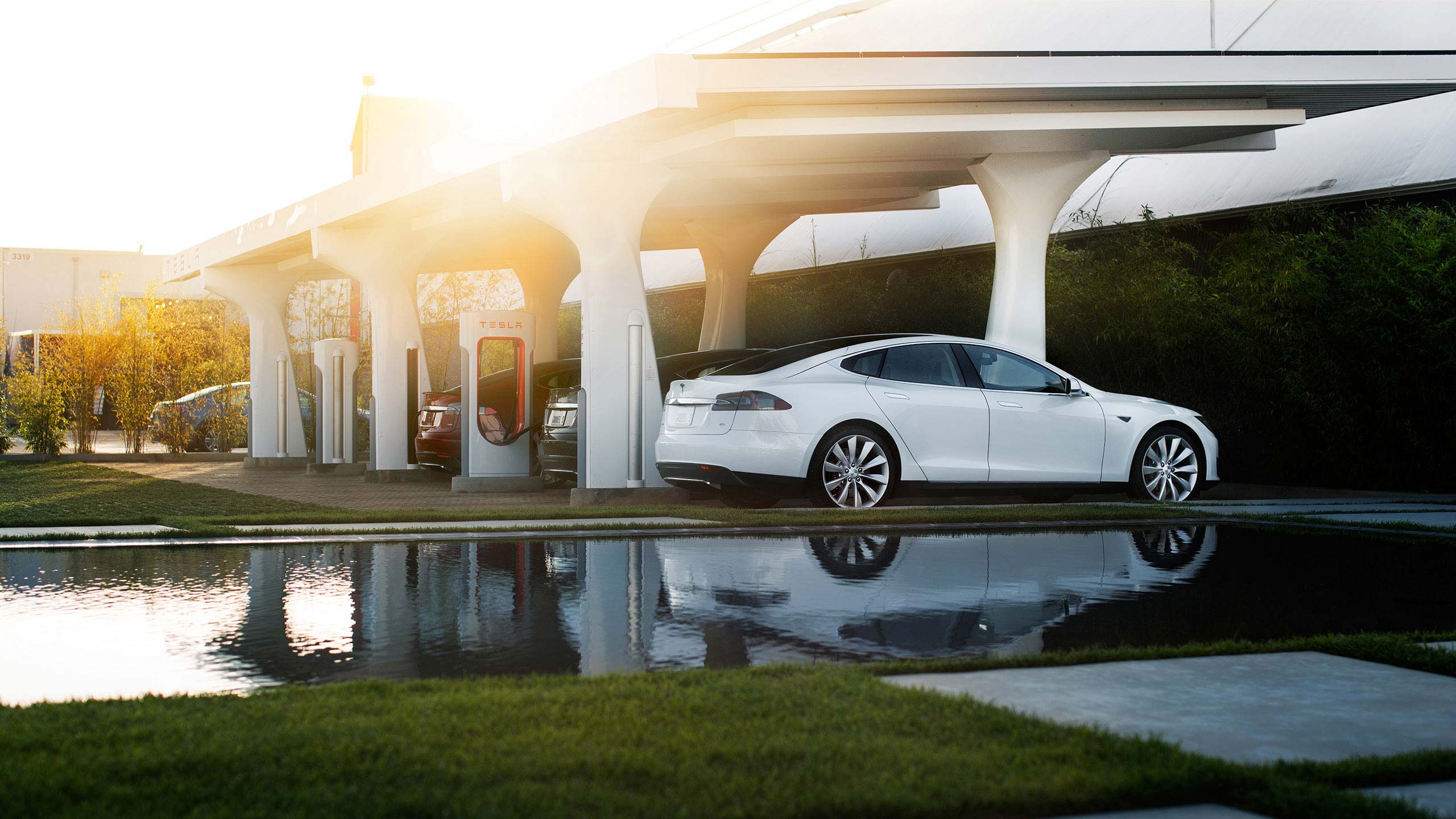 Future Teslas could come “energy included”, no matter how much you drive, for the life of the car. Crazy as it sounds, Tesla can actually make money giving Tesla owners free energy at home not just at Superchargers.  Key components are already on the road or under development at Tesla. So, how would this work, when will it happen and what does it mean for Tesla owners and Tesla investors?

Tesla can provide grid regulation and stabilization services worth as much as the energy used for charging, or more, by centrally controlling the time and rate at which Tesla cars are charged. Embedding a modest up-front cost increment into the price of a special Tesla charging connector, pays energy cost in excess of earnings from grid regulation and stabilization as an “annuity”, and can leave a lot of money in Tesla’s pocket, too. This model is similar to Tesla’s Supercharger business – there is a detailed analysis of Tesla’s Supercharger business I did a while back on Seeking Alpha.

Owners will handle charging differently. Instead of setting charging current, normal or range charging, and (optionally) the charging start time, the owner will instead set a time for charging to be completed and whether a normal or range charge is needed by that time. The Tesla charging control center will then match the charging rate of each Tesla car using over-the-air communication links to earn grid regulation fees and capture the best electric rates while making sure each car is recharged when the owner needs to drive off. Your garage charging connector will be fed from a separate meter and the connector will “identify itself” to the car to enable Tesla controlled charging.

Two things make this scheme economically viable. There is flexibility in exactly when your Tesla charges because most days the charging time is much less than the time your car spends plugged in overnight. This flexibility lets charging be “timed” to help regulate the grid. When wind generation surges due to gusts, or when system load suddenly drops, chargers can be switched on to “swallow” the power surge. The grid system operator, working through the Tesla charging control center can rapidly adjust the charging load to help stabilize the grid.

Rapid adjustment of loads on the grid is valuable because it allows the grid to use more wind power with less fossil generation online as “spinning reserve”. When a large number of car chargers quickly switch on to “swallow” a surge in wind generated power, the value of the “regulation down” can actually be greater than that of the energy used by the chargers. At these times, the system operator will actually pay to have cars charge!

When will free home charging happen?

The answer is, we aren’t there yet. Utilities are only beginning to wrestle with what happens when large amounts of battery storage get connected to the grid. This turns out to be quite complicated. This Sierra Club Energy-Storage Cost-Effectiveness paper offers a summary of the results of several grid storage studies done for the California Independent System Operator (CAISO). At this point we can’t do a specific financial model because technologies, rate structures and even how grid regulation will work with attached storage have not been set.

There are also, at this point, too few Tesla cars on the road to make their charging a significant source of grid regulation. And so far, there is no central control system in place to coordinate the charging of Tesla cars. But times are changing.

CAISO now operates a unified energy imbalance market (EIM) across all or parts of seven states (CA, ID, NV, OR, UT, WA, WY). Within a few years one can imagine upwards of half a million Teslas registered in these states. When these cars are (mostly) plugged in for charging at night, they together represent several giga-watts of load that can be switched on or off in seconds, using the central charging control scheme. That’s a lot of wind regulation capability that requires almost no additional capital investment. It just might get us “free” energy to charge Tesla cars in their owner’s garages.

Status: Where are we on the path to free energy?

Tesla is doing a lot more with grid connected storage and grid regulation than many Tesla owners, and even many Tesla investors realize. In May of this year, J.B. Straubel, Tesla’s Chief Technology Officer made the keynote presentation at Silicon Valley/ SEEDZ Energy Storage Symposium. He discussed a surprising array of Tesla storage products already being made and installed in grid applications, from small residential storage systems being rolled out by SolarCity to large industrial units delivering hundreds of kilowatts. Video of JB’s presentation is available on YouTube here.

A lot of the hardware needed for central charging control of Tesla cars is already part of every Tesla. Every Model S already has a big battery, of course. And high power 10kW or 20kW chargers that are controlled through the touchscreen and the car’s computer. Every Tesla car has a broadband communication link to Tesla company computers that is used to download software updates. These links are available to control charging on a car-by-car basis. Tesla already makes a high power wall connector (HPWC) that can be installed with connection through a standard utility meter. Buying and installing one of these will probably be a requirement to get “free” charging at home.

The only part of the remote charging scheme that isn’t online today is the central control system for “aggregating” car charging so it can be controlled by the grid system operator. Everything else needed to implement aggregated charge control for Tesla cars is either already in production at Tesla or available off the shelf as commercial products or communication services.

In his talk, JB describes aggregation of many residential storage systems to allow the grid operator to use that distributed resource in much the same way aggregated car charging control might be used to stabilize and regulate the grid. At the end of his talk, there is a Q and A session. Someone asks what Tesla’s plans are for eventually implementing the aggregated control center JB described. His answer, “We are building it now.”

Should Tesla owners / investors care about this?

Probably, but some caution is warranted. Tesla owners already talk to their ICE driving friends about how much less electricity costs compared to gasoline or diesel fuel. If in the future all Tesla charging is free, both at home and from Superchargers when traveling long distances, Tesla owners will be left with literally “nothing” to talk about – something their fossil fueled friends may (or may not) appreciate.

For Tesla investors, the prospect of making all the energy for Tesla cars free has some big implications. If the economics parallel those of the Supercharger business, Tesla could see very large additional profit (billions of dollars at least) for something that would require negligible new capital investment by Tesla.

There will be indirect benefits for Tesla, too. Already Tesla cars offer the advantage of much lower energy cost compared to ICE cars, and even hybrids. Free charging at home and at Superchargers would make Tesla cars energy cost even lower than other electric cars which get charged on the owner’s electric meter. While the absolute economic advantage of free charging, compared to other electric cars, will be modest, the emotional value of getting energy for free should never be underestimated as a competitive edge in the market place.

And of course there is the plain, simple novelty of offering a car that costs nothing to run. This is a feature no other car is likely to have, and which no other car (with the exception of soap box derby and solar-car competition cars) has had before. It is newsworthy, people will talk and write about it and it will produce a lot of buzz and free advertising for Tesla. Tesla investors need to be careful not to be overcome with hysteria as the shares go up, yet again.