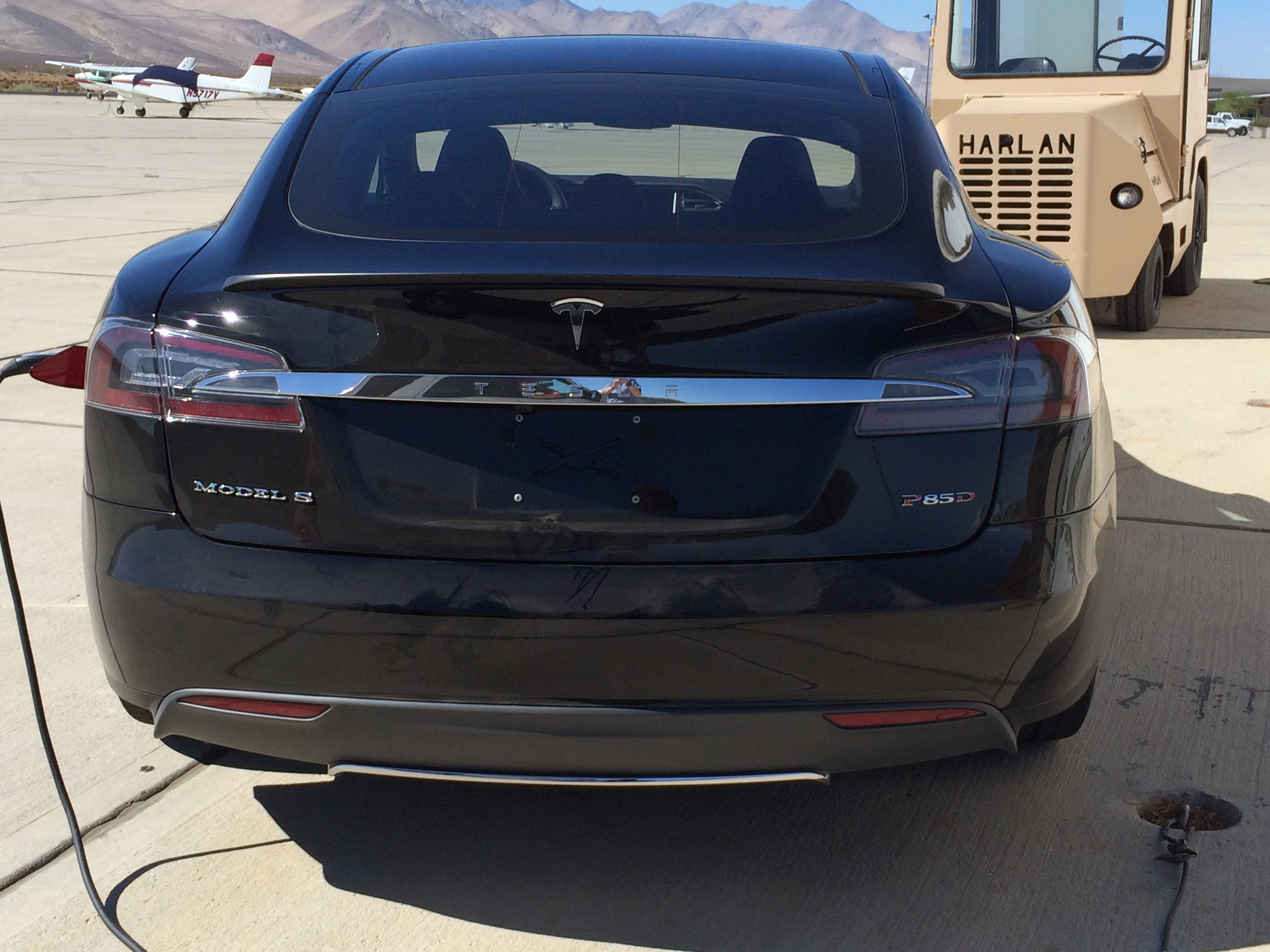 Elon Musk’s latest cryptic Tweet, “about time to unveil the D and something else”, was enough to put the world on edge and drive another 1.3 billion to Tesla Motors’ (TSLA) market cap.

The tweet shows the letter “D” along with headlights to what many believe may be a fourth vehicle to Tesla’s line up. That is until a member of the Tesla Motors Club forum posted a picture of what appears to be a new variant of the flagship electric sedan – the Tesla Model S P85D.

The authenticity of the photo is unconfirmed but it was enough for the Tesla community to validate their speculation that an all wheel drive version of the Model S was coming. The “D” presumably stands for drive-unit. A closer look at the image suggests that the P85D was spotted at Inyokern Airport, a small public airport situated 150 miles north of Tesla’s Design Center in Hawthorne, CA. What do you guys think the “D” stands for?