An internal memo obtained through Germany’s Freedom of Information Act revealed that a Green Party member, Johannes Remmel, returned his Tesla Model S after it was reportedly unable to fulfill his long distance travel requirements.

Remmel, an electric vehicle proponent and environment minister for Germany’s most heavily populated state, North Rhein-Westphalia, explained that Tesla’s flagship Model S which is capable of 311 miles (500 kilometers) of travel per single charge was “ill suited” for official business use. As a result, the Model S was returned after only being used for 43 trips, according to Automotive News.

In question, according to Remmel, is the true range for Model S when adjusted to local driving styles. A senior aide noted the environment minister’s inability to reach even 250 mi (400 km) of driving range, going as far as saying he was forced to turn back after only 93 mi (150 km) of driving or face the risk of running out of battery.

“The style of driving has to be adjusted to an extreme degree to the charge status of the battery” said the senior aide to the Green Party member, further noting that a 90-minute stop was needed to replenish 10 kWh of energy at the state’s conventional charging stations.

With an abundance of high-powered Tesla Superchargers in the region that are capable of replenishing 80% of the vehicle’s battery in 30-minutes or less, and an even higher density of Tesla Destination Chargers in the same area, one has to question why Remmel chose to use a slower and arguably less reliable state-run charger over Tesla’s own charging network. 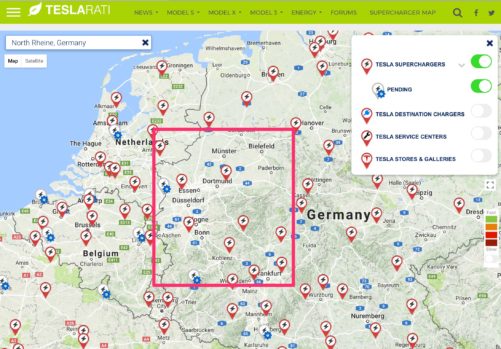 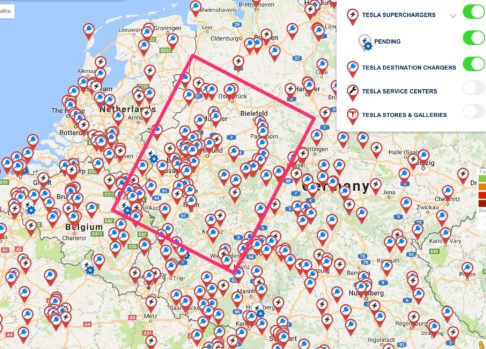 The German ministry also made the conclusion that Model S lacked refinement, saying “When it comes to comfort as well as the ability to perform work, the rear bank of seats leave much to be desired for a sedan of its class.”

With presumably an allegiance to domestic manufacturers such as Mercedes, BMW and Volkswagen – companies looking to take on Tesla with the build-out of their own electric vehicle program and Gigafactory-sized battery factory – it doesn’t come as much of a surprise that the German environmental minister would favor anything over the California-based newcomer.

This begs the question: What vehicle did the ministry choose after all? A spokesman for the ministry said the current car of choice is a Mercedes-Benz S 500 e plug-in hybrid.