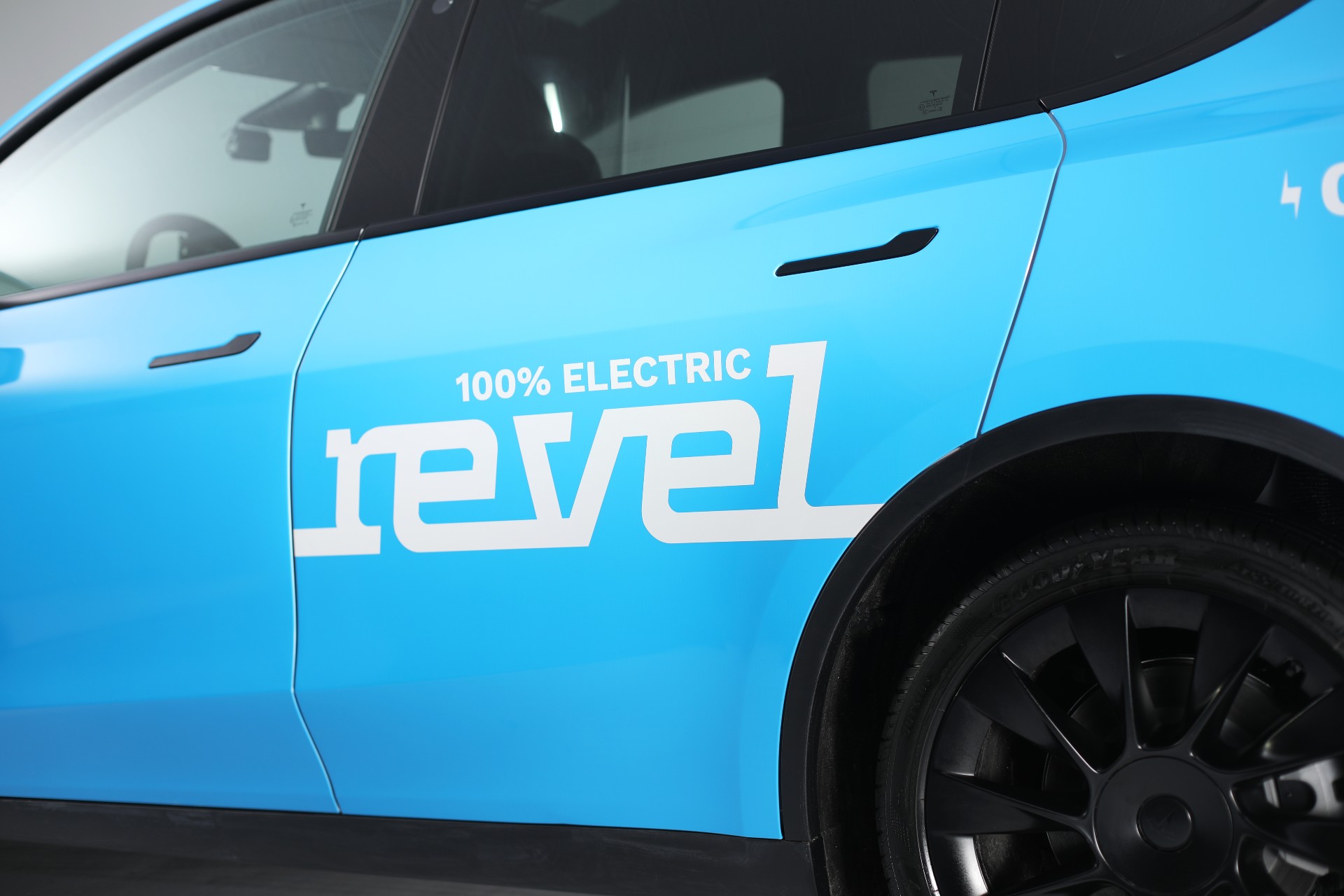 Earlier this week, there was plenty of talk about the Revel taxi fleet in New York City, comprised of 50 Tesla Model Y all-electric crossovers that would contribute to the ride-sharing services that the Big Apple has long been accustomed to over the past century. As the automotive sector has transitioned to a more sustainable look and feel, taxi companies are also putting their hand in the cookie jar, adding sustainable vehicles to their fleets, and taking gas-powered machines off the road.

Revel is an independent company attempting to make this happen. The company has 50 Model Y taxis ready to take on the streets of Manhattan and the other boroughs of New York. However, reports circulated earlier this week that the New York City Taxi and Limousine Commission blocked this possibility overwhelmingly with a five-to-one vote.

While the reports from various media outlets, including our own, highlighted the spectacle, which seemed to be an incredible chance of corruption, there was actually a huge misunderstanding. New York City TLC’s Deputy Chief of Public Affairs, Allan Fromberg, took some time out of a busy Thursday to talk to me, clarifying the situation that has been misconstrued since its original report.

After getting in touch with Mr. Fromberg on Thursday, we talked about the initial reports. “The whole narrative that Revel would have to buy 50 gas cars to then convert to EVs is just a giant game of telephone. In fact, for Revel to bring on its 50 BEVs, they would have to replace 50 existing, already-licensed vehicles, and not new vehicles.”

Initial reports indicated that TLC Commissioner Aloysee Heredia Jarmoszuk stated that congestion was why Revel wasn’t granted licenses. In fact, this is true. Revel was never required to purchase 50 gas vehicles, which didn’t make much sense from the get-go. In my initial communication to Mr. Fromberg, I stated that the contradictory nature of the TLC’s implied decision to block Revel’s Model Y fleet because of congestion, but then suggest 50 additional gas-powered vehicles needed to be purchased didn’t make much sense.

Fromberg agreed and said that this misconception was due to the aggregation of media reports looking to push out this controversial angle of the story quickly.

Mr. Fromberg then explained what the vote on Tuesday evening entailed, straight from the TLC Commissioner’s mouth.

“First and foremost, no one and no entity has been blocked. The public meeting/vote was neither about electric vehicles nor about any particular company nor about car models. Rather, the public meeting was about vehicle licenses, which are presently capped since the market is saturated and distressed, with low performance as a result of the pandemic and previous market stressors. Presently, there are nearly 100K vehicle licenses, which is too large a supply for current passenger demand. The public meeting was about ensuring mechanisms to properly manage applications for new/additional licenses against current ridership numbers/needs.”

This is actually in reference to series of five pieces of legislation that were passed in 2018. According to the New York City Office of the Mayo, on August 14th, 2018, Mayor Bill de Blasio signed the following pieces:

634-B: Waiving licensing fees for accessible taxi-cabs and for-hire vehicles;

838-C: Pertaining to the licensing and regulation of high-volume for-hire vehicle services;

890-B: Directs the TLC to establish rules to provide minimum payments to high-volume for-hire vehicle drivers;

Really, 144-B, 634-B, 838-C, and 890-B are the four pieces that are relevant to this story. In 2018, 144-B halted the licensing of any additional “For-Hire” vehicles, meaning taxis or ride-hailing vehicles. Simply put, there was an incredible number of vehicles on the streets of New York, and congestion was becoming a real issue there. The “cap” limit on the number of vehicles was enforced in 2018 and was set to last one year. Mr. Fromberg informed me that this legislation has been extended and renewed several times and is still effective to this day. Therefore, the City still will not license any additional vehicles. When one fails or loses its license, a new vehicle takes its place.

There are several other reasons for this, including fair wages for drivers and affordability for taxi companies. But, unfortunately, drivers were suffering and still are due to the COVID-19 pandemic. While many of the economic negativities are finally beginning to subside, 2020 was an ugly year for the NYC taxi sector. Many drivers weren’t making enough money to afford loan payments on medallions. Unfortunately, some of these drivers took their own lives, and it is an absolute tragedy that this occurred.

With that being said, taxi drivers are hard-working, and they deserve to make enough money to feed their families. In the 2018 passing of these legislative pieces, De Blasio said, “We’re putting hardworking New Yorkers ahead of corporations. We are taking immediate action for the benefit of more than 100,000 hard-working New Yorkers who deserve a fair wage and halting the flood of new cars, grinding our streets to a halt.” The changes increased take-home pay for drivers by approximately 20 percent on average — more than $6,000 per year.

With all of that being said, New York City is operating with a substantial number of taxis, and the TLC has granted nearly 100,000 vehicle licenses. Before any more vehicles can obtain one of these licenses, some of the current vehicles must lose their licenses through expiration or vehicle removal in a company’s fleet. When 50 licenses open up, Revel will have the ability to obtain them, giving the company full rights to operate as a ride-sharing service, just as it aims to do.

To Mr. Fromberg’s knowledge, there would be no cost for Revel to go through the normal administrative procedure to obtain the licenses.

Revel’s Response: EV Taxis are a necessity to NYC

Revel CEO Frank Reig is under the impression that the TLC is operating under “shortsighted bureaucracy and entrenched interests,” according to a Tweet from Wednesday night.

After the Tuesday hearing, Reig said:

“At today’s hearing, the Taxi and Limousine Commission offered no evidence or analysis to support ending the EV exemption. The Commissioners sat through almost 3 hours of testimony on all sides yet asked zero questions and spent zero time deliberating before making a policy decision with profound consequences. The TLC never intended to consider what drivers and New Yorkers had to say, and only cared about jamming through this vote on Primary Day with as little scrutiny as possible. This decision doesn’t change the fact that New York City needs an alternative to the predatory leasing system that exploits drivers and pollutes our environment, and Revel is exploring ways to accomplish that.”

Revel told Teslarati earlier today that it is aware that the TLC is not recommending the purchase of 50 gas-powered cars. The company is also aware that the TLC has capped the number of licenses it would issue. In order to encourage the adoption of electric cars, Revel spokespeople said that additional licenses would be given to wheelchair-accessible vehicles and EVs. A few hundred EVs have been added to the NYC Taxi fleet in the past two years, but these cars only account for .5% of the total number of For-Hire vehicles on NYC’s streets.

This rule is brought up every six months and was last addressed and subsequently renewed in February. That means that it was due for review in August. However, the TLC brought the issue to light early and revoked the rule. The TLC says that if Reval wants to operate a rideshare service with its fleet of 50 Model Ys, they will have to obtain the licenses from displaced and no-longer-active taxis in the city.

Revel states that it would take two to three additional vehicles off of the street because the company will hire TLC-licensed drivers, who will no longer lease gas-powered vehicles. In addition, revel owns the vehicles, and different drivers will use the same car through different shifts, which could become a long-term advantage for the TLC as fewer cars will be on the street.

This would also line up with the Legislature items 634-B and 890-B, which would alleviate short-term leases and provide drivers with guaranteed wages, benefits, and vacation time.

The issue is this: Congestion is a real issue in the city. And while EVs only making up .5% of the total taxi fleet in the Big Apple, there is evidently no room for more vehicles, of any kind, in the City. Over time, the concentration of EV Taxis in the City that Never Sleeps will surely rise, but the existing vehicles need to be removed from the licensing pool before Revel can unleash its 50 all-electric Model Y taxis.

To summarize it easily, Fromberg said: “The TLC is fully committed to a 100% electrified future, just not at the cost of additional congestion.”

On behalf of the entire Teslarati team, we’re working hard behind the scenes on bringing you more personalized members benefits, and can’t thank you enough for your continued support!