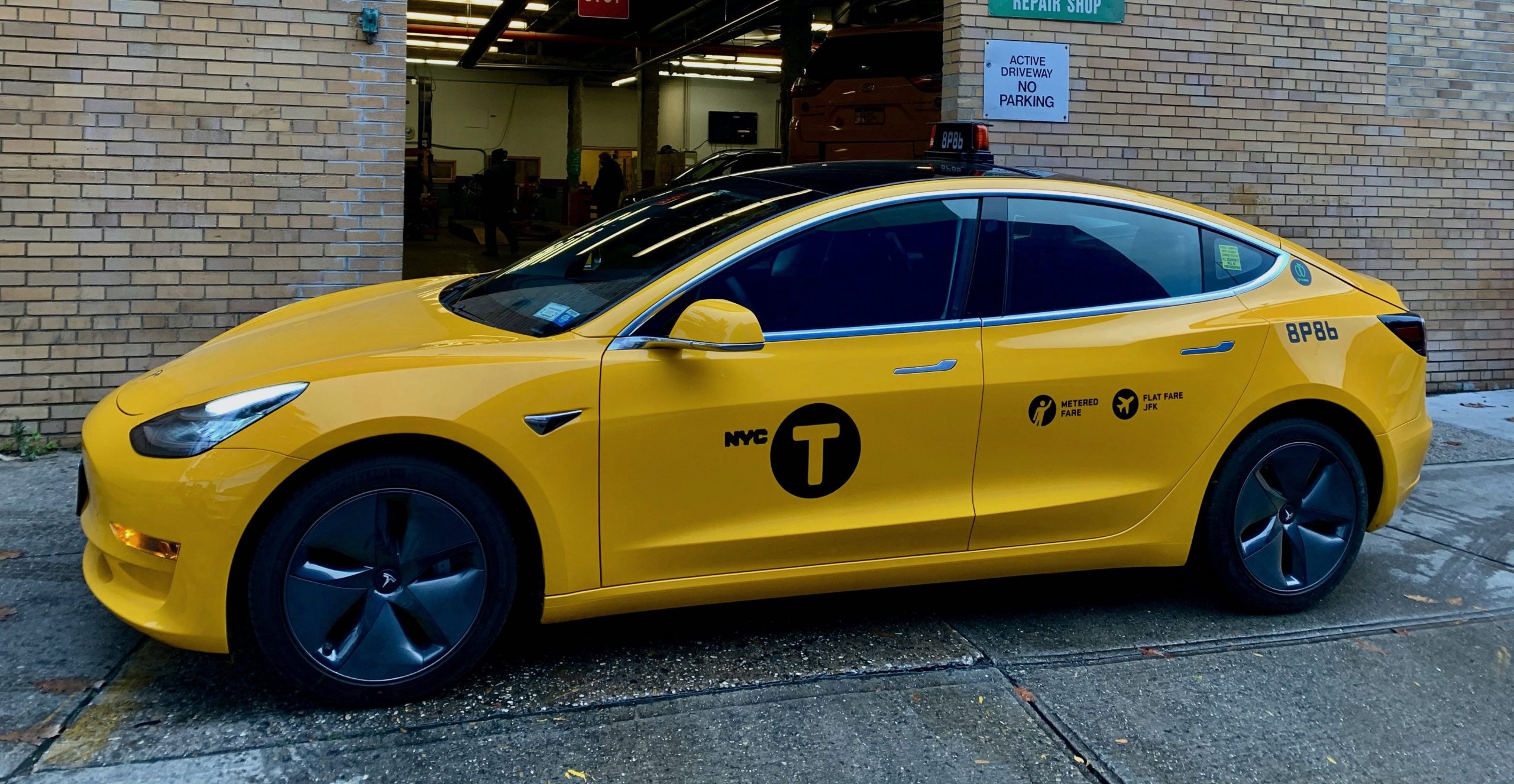 Images of a Tesla Model 3 being used as a New York City taxi cab, complete with the fleet’s iconic yellow paint scheme, have started making the rounds online. The vehicle, which was sighted in Manhattan near a Tesla store, signifies what could very well be an upcoming shift towards sustainability for NYC’s taxi fleet. It also symbolizes a second chance of sorts for all-electric vehicles, especially considering the failure of the Nissan Leaf taxis in previous years.

Back in 2013, New York City launched a pilot program for all-electric taxis with a fleet of six first-gen Nissan Leafs. The vehicles were let loose in the city on Earth Day to much optimism and acclaim, but by 2015, the Leafs were decommissioned. In its final report, the NYC Taxi & Limousine Commission noted that the Nissan Leaf required drivers to significantly alter their driving habits due to the vehicles’ EPA-estimated 84-mile range. This handicap was highlighted further when the weather was hot, since the use of air conditioners was required for NYC taxis.

The failure of the Leaf as a New York taxi was a cloud above all-electric cars until 2019, when reports emerged stating that the Tesla Model 3 had been approved for taxi service in the city. The all-electric sedan more than meets the minimum requirements for NYC cabs. These requirements include ample interior space, air conditioning for rear-seat passengers, seats that are easy to clean, and enough cabin space to install the clear partition that separates the driver from passengers in the backseat.

More importantly, the Model 3 does not have the same weakness as the first-gen Leafs from 2013. Unlike the 84-mile Leaf, the shortest-range Model 3 boasts at least 220 miles per charge, and that’s if customers specifically request for the non-Autopilot Standard Range version. Otherwise, the Standard Range Plus, the more affordable variant that could be ordered directly on Tesla’s website, offers an EPA-estimated range of 263 miles for $37,990. Autopilot also comes as a standard feature on variants from the Standard Range Plus and above.

Considering the power and range of the Tesla Model 3, there seems to be a good chance that the vehicle will not have the same feedback from taxi drivers as the first-gen Leafs from 2013. The Model 3, if any, would likely outperform the city’s other, conventional taxis, and its fast-charging capabilities through Tesla’s Supercharger Network would allow the vehicle to replenish most of its range while drivers take a brief break. The vehicle’s sizable cargo space from its trunk and frunk would likely be appreciated by commuters as well.

New York’s Tesla Model 3 taxi drivers would best be advised to take it easy on the all-electric sedan’s accelerator, however. Electric cars are famed for their instant torque, and the Model 3 is no exception, with even the Standard Range Plus variant having a 0-60 mph time that rivals muscle cars. If NYC taxi drivers develop a habit of punching the Model 3’s accelerator at every chance, history might end up repeating itself innumerable times. The first speeding infraction ever committed in the United States back in 1899, after all, was from a New York City cabbie who was driving 12 mph down Lexington Street in Manhattan, 4 mph above the legal speed limit at the time.