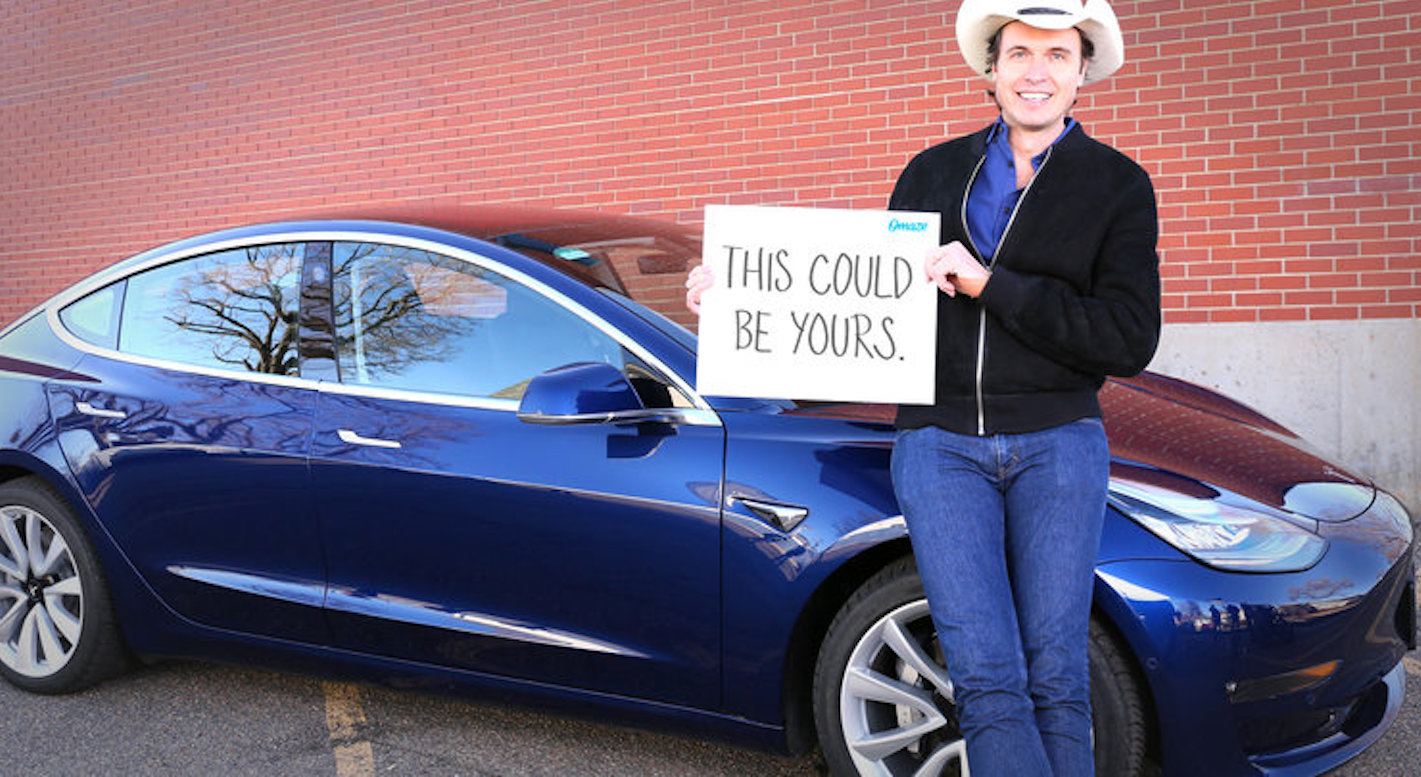 In a recently held Reddit AMA session, Kimbal Musk shared a number of details about his fully-loaded Tesla Model 3, revealing some unique aspects of the electric car he is giving away as part of his nonprofit’s latest fundraiser.

According to Elon Musk’s brother, Kimbal, his blue Tesla is quite special in the way that it is quite literally one of the first Model 3s to be made. Being VIN#006, Kimbal stated that his car was manufactured rather differently than most Model 3s on the road today. Musk also expressed his fondness for his vehicle, calling it one of the most beautiful cars in the world.

While most of Kimbal’s Reddit AMA was dedicated to his food and farming programs, he did mention Big Green’s Model 3 raffle again. Responding to a member of the online community who asked if his Model 3 would include any special items, Kimbal candidly stated that there would indeed be other freebies for the lucky winner of his nonprofit’s fundraiser. What’s more, Musk stated that he would be happy to sign the electric car, effectively making his Model 3 even more unique.

“I would be happy to sign the car. Some freebies ideas will be announced soon as well.”

Showing a dash of classic Musk humor, Kimbal quipped that after he gives away his personal Model 3, he is planning to start walking more.

On a rather humorous note, Kimbal revealed that he had an opportunity to send a special package with Starman during the Falcon Heavy’s maiden flight. According to Kimbal, he was supposed to write a letter that would be placed together with the Roadster’s other cargo, but he ended up struggling with what he really wanted to say. Thus, he ultimately just decided to watch his older brother’s electric car get launched into space.

“I had an opportunity to send a letter up, but when I sat down to write it, I really struggled on what to say. In the end, I decided to just take the whole thing in and enjoy the launch,” Kimbal wrote in his AMA.

Kimbal also responded to a query asking if he would help his brother’s Mars colonization plan with his mastery of organic farming and food production. While Kimbal seemed careful to not divulge any concrete information about a partnership with SpaceX, he did joke about what he would call his Martian food company. According to Musk, his Martian firm will be called “All your food are belong to us!”

Kimbal’s joke about his Martian food firm is a direct reference to Zero Wing, a game for the Sega Genesis released in 1992. The game, which was originally in Japanese, was ported to the West, though its dialogue featured some of the most iconic instances of English mistranslations in gaming history, the most prominent of which was the meme-worthy sentence “All your base are belong to us.”

As we noted in a recent report, Kimbal Musk is giving away his personal early edition Model 3 to a lucky donor for Big Green, his nonprofit food literacy program for children in public schools. Anyone interested in acquiring the rare, signed Model 3 could put in donations for the nonprofit, with as little as $10 translating to 100 entries for the mass market electric car. Those interested in joining Kimbal’s Model 3 raffle can click here.