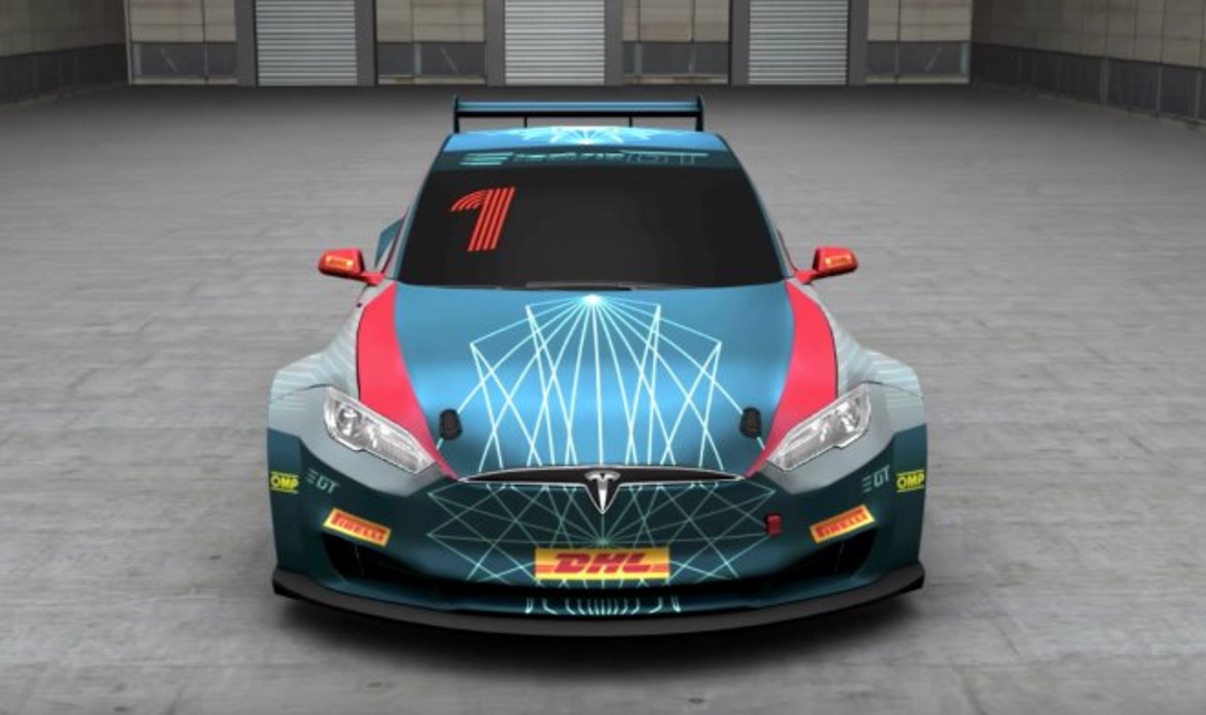 Leilani Münter announced on Twitter that she is heading to Paris on March 15th to showcase the composites used in the Electric GT Tesla race car.

The unveiling of the high performance composite material used in Electric GT’s Tesla P100D race car is an exciting next step for the aspiring all-electric championship. It’s expected to be the first time lightweight composites made from natural fibers will be used in a motorsports setting, courtesy of Swiss firm Bcomp.

Bcomp LTD is responsible for turning the natural fibers into ultralight components known as “biocomposites” for the Electric GT race vehicles. Leilani will be on hand with Bcomp to show off the products developed for Electric GT at the 2017 JEC World International Composites Event to be held from March 14-16 in Paris.

Can't wait to join @BcompLtd and showcase their composites on @EGTChampionship @TeslaMotors racecar at @JECComposites on March 15 in Paris! pic.twitter.com/bwZEVttOTj

Cutting weight is a critical factor for the race as each pound cut from the vehicle enables quicker lap times with better handling to boot. Additionally, advanced composites are stronger than Tesla’s aluminum-skinned body panels, making the vehicle safer for drivers at the same time.

A Vegan Hippy Chick with a Race Car

While the Electric GT circuit is still firming up the first season, Leilani is no stranger to racing, recently taking her “Vegan Powered” themed race car to Daytona where she brought vegan food to the race for fans and racers alike to sample. She strives to bring environmentally friendly messages to the masses such as through her involvement in critically acclaimed films such as Racing Extinction and The Cove. Additionally, Leilani has in the past joined SolarCity’s campaign to raise awareness about the regulatory changes to Nevada’s solar net metering scheme. The contrast of traditional gasoline fueled racing and her environmental friendly message track may seem unreconcilable but it’s exactly that chasm that she is trying to bridge. Leilani gets it. Most race fans love big V8 engines, screaming engines and the pulse pounding rhythms they emit and she has connected with them on their own turf, bringing her message to them along the way.

Signing onto the Electric GT is just the next step in that journey for her, as she cuts over to a professional electric racing circuit for the first time, hoping to bring her legions of fans from the gas-powered racing world with her.

What the Future Holds

Whether these advanced biocomposites will catapult Electric GT racers all the way to Maximum Plaid or not is anyone’s guess, but it is clear that they will make the race more sustainable along the way and Leilani is a key part of the plan.

Rolling her environmentally friendly image into the Electric GT family adds credibility on the racing front while also reinforcing the core message of environmental sustainability that is at the heart of the series.