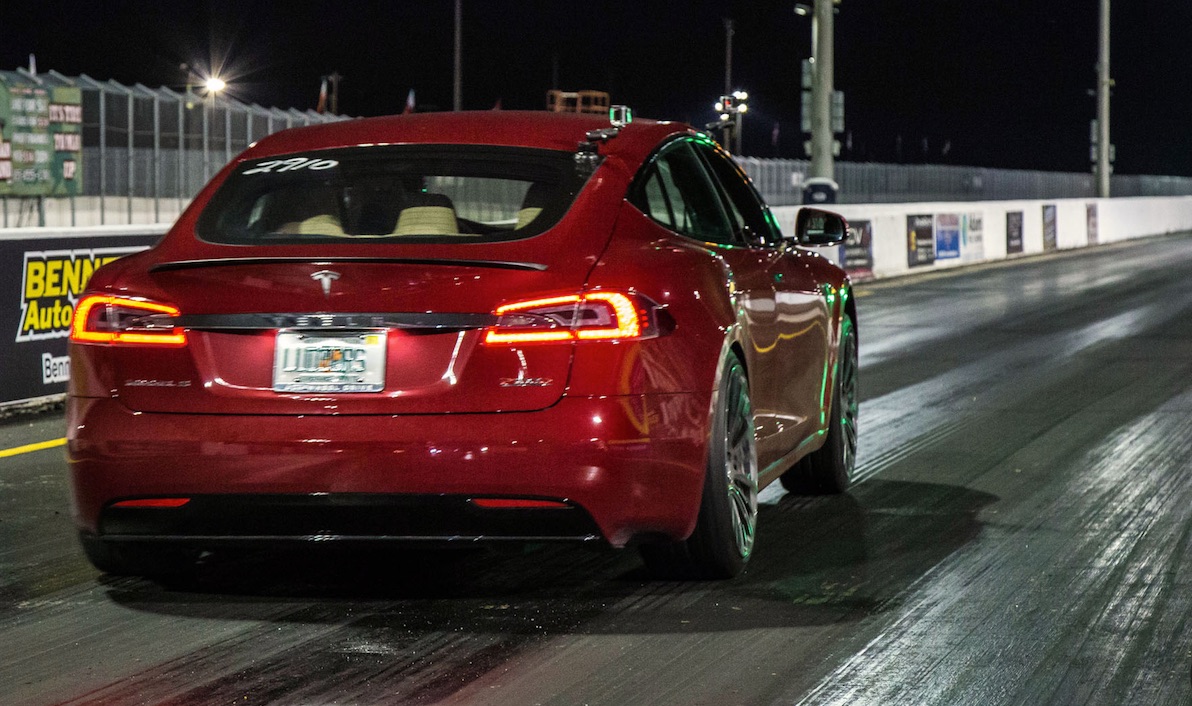 DragTimes has tested a Ludicrous+ Tesla Model S P100D at various states of charge (SOC) and confirmed that 0-60 times do indeed get slower as SOC decreases, while also noting a corresponding drop in max power output.

Brooks Weisblat of DragTimes started out with the Model S with a 10% battery charge – a state most owners will never see as a typical driver will top the charge off to their set limit just about every night. At this extremely low charge, Brooks noted that Launch Control was not available nor was Ludicrous+ mode.

The full list of results achieved by DragTimes are listed in the chart below.

Ludicrous+ mode was introduced in January through a special P100D easter egg unlock that spiked power output and enabled 0-60 time of just 2.4 seconds.

The DragTimes results above show that while 2.4 can be achieved in real life with stock hardware, the tire slippage that occurred at launch in this particular test resulted in a 0-60 of just 2.5 seconds.

It’s worth noting that the decrease in performance at lower SOCs is not a result of the controversial power limiting algorithm that Tesla had previously implemented to mitigate unnecessary wear and tear on drive components. Instead, it is a function of battery current and voltage that can be attained at various states of charge which results in power output to the electric motors.

Engineering Explained took the best data available and determined that the maximum power that the P100D could put out would result in a 0-60 time of 2.05 seconds.