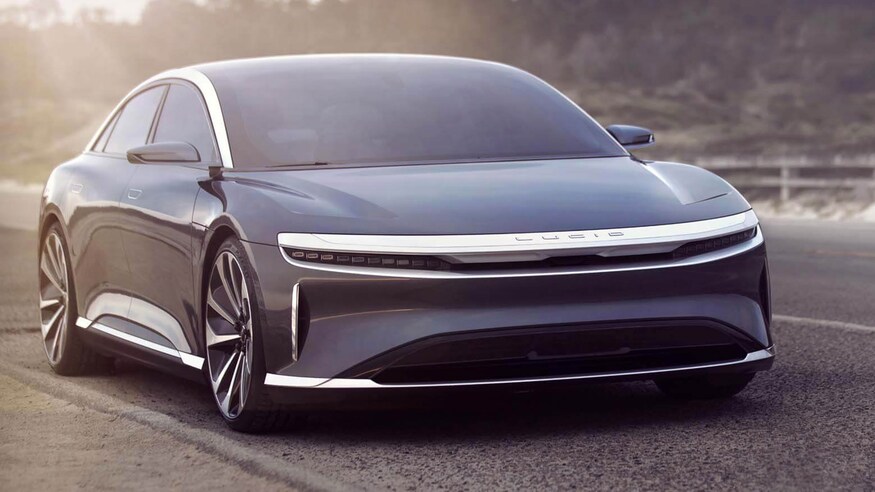 It appears that the upcoming Lucid Air is poised to enter the market with a trump card against the kings of the premium electric sedan market today: the Tesla Model S and the Porsche Taycan. While the Model S boasts a drag coefficient (Cd) of 0.23, and the Porsche Taycan stands with an impressive Cd of 0.22, tests of the Lucid Air at the Windshear facility in North Carolina have determined that the upcoming premium electric sedan has an industry-leading Cd of only 0.21.

The findings were announced by the electric car maker on Tuesday, with Peter Rawlinson, CEO and CTO of Lucid Motors stating that the company has been intensively focused on optimizing the Air’s aerodynamics. This should help the vehicle achieve its target electric range of 400 miles per charge, which should place it right on the level of the Tesla Model S’s EPA range and far above that of the Porsche Taycan.

“Aerodynamic efficiency plays a key role in achieving world-beating range and performance and is particularly valuable to an EV in that it provides ‘smart range’ independent of battery pack size. So naturally, we intensively focused upon aerodynamics throughout the Lucid Air’s development. Our aero team worked seamlessly with design and engineering counterparts, establishing aero efficiency as a core tenet of Lucid Air from its very inception, enabling us to achieve this new standard,” Rawlinson remarked.

Aerodynamics matter much in vehicles, and it is even more important in electric cars. EVs rely a lot on their range, and thus, the greater the aerodynamics, the less automakers need to rely on battery size to achieve a car’s target range. Any electric car could boast a 400-mile range after all, but only those with stellar battery cell chemistry, software, and aerodynamics can draw such a distance from a regular-sized battery pack.

Fortunately, the company has stated that its Air beta prototypes have been achieving more than 400 miles of highway range regularly during their real-world tests. This bodes well for the electric sedan, as its range could prove to be a key selling point against established vehicles like the Tesla Model S and newer rivals from veteran auto like the Porsche Taycan.

The final version of the Air has not been fully revealed by Lucid yet, though the company has stated that the vehicle has multiple functional elements that could guide the air through and around the car. The front of the sedan, for example, has a “vortex-generating air intake system,” which distributes cool air across heat exchanges with a smaller opening.

The Lucid Air’s production version is expected to be unveiled this September 9, 2020, with manufacturing set to begin by the end of the year. Pricing for the production version of the Air has not been announced, though expectations are high that its top-tier variant will all its options, would cost around $100,000.