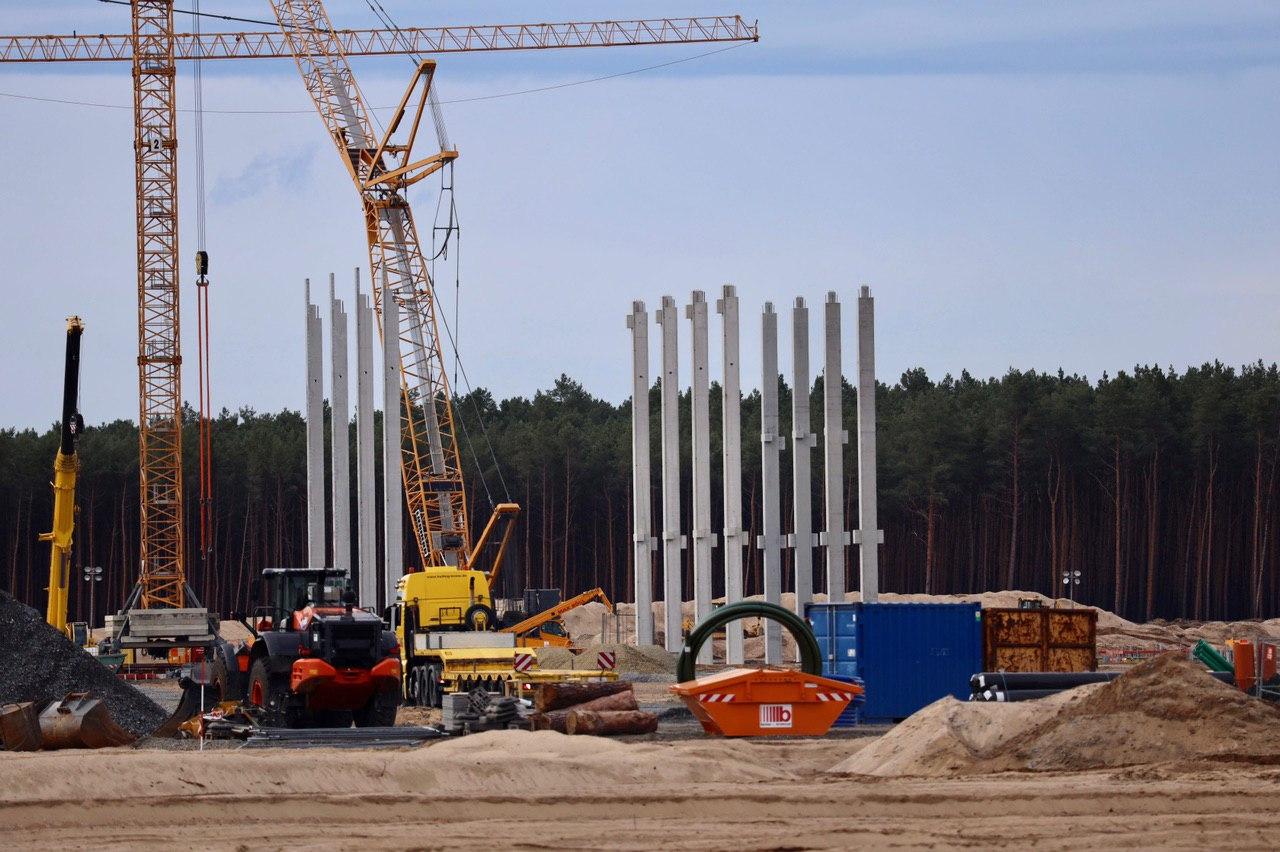 The construction of Tesla’s Gigafactory Berlin facility appears to be hitting its stride, with the first pillars on the site going vertical today. Such a development bodes well for the Germany-based facility, which is expected to start producing the Tesla Model Y for the European market sometime next year.

The progress of Gigafactory Berlin initially seemed to be quite a bit slower than Gigafactory Shanghai, which was able to start trial vehicle production less than one year since its groundbreaking ceremony. However, since the Berlin-based facility broke ground, its construction has accelerated significantly. With the first pillars being set up today, it appears that Tesla’s first European factory may actually be poised to match Gigafactory Shanghai’s breakneck pace.

Tesla’s Germany-based facility is poised to be the electric car maker’s largest factory yet, and it is expected to introduce a number of novel innovations to the company’s vehicle production process. Back in April, for example, Elon Musk stated that Gigafactory Berlin will have the world’s “most advanced paint shop, with more layers of stunning colors that subtly change with curvature.” The paint shop improvements will also be rolled out to Fremont and Shanghai, but the upgrades may very well make their debut in the Berlin plant.

Filings submitted by Tesla to local officials also hinted at a number of interesting facilities that are planned for the complex. Among these is a large area close to the main manufacturing sections that was cryptically marked as “Cell.” Tesla has not provided more details about this structure, though developments in the company’s Project Roadrunner site in Fremont may pave the way for a dedicated cell production line in future Gigafactories.

Gigafactory Berlin is expected to produce the Model Y for the European region. This should help Tesla expand its reach in the region without relying on vehicle shipments from the United States. Just like Gigafactory Shanghai, Tesla seems to be intent on starting vehicle manufacturing activities in the site as soon as the complex’s Phase 1 zone is completed. This should allow Tesla start making Model Ys even if parts of the entire site remain under construction.

Watch a recent flyover of the Gigafactory Berlin site in the video below.