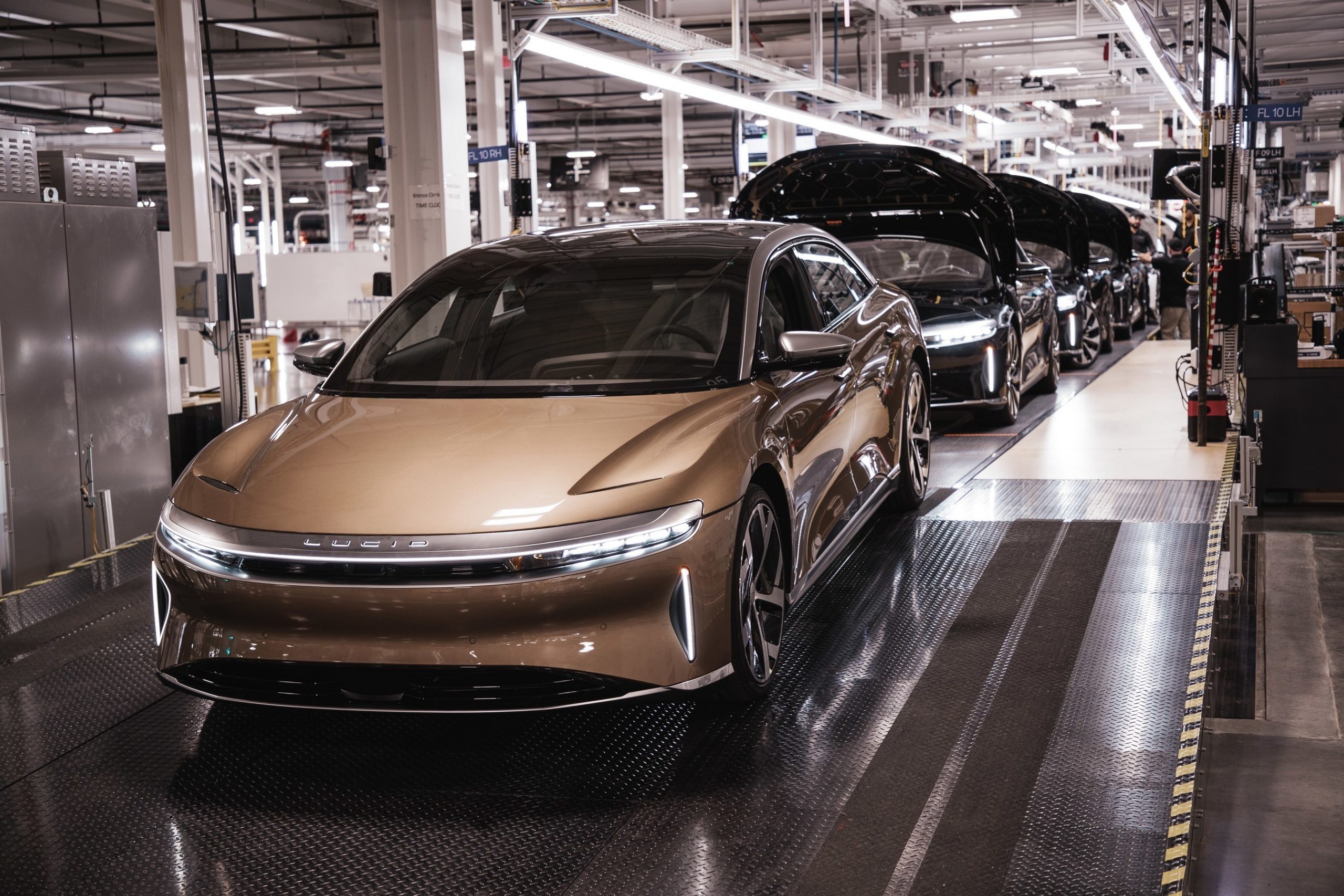 Lucid Group (NASDAQ: LCID) will report its earnings for the first quarter of 2022 this evening after market close. Analysts are expecting several things from the electric automaker, which completed first deliveries of its introductory EV, the Lucid Air Dream Edition, last October.

Lucid became public in July 2021 after a SPAC merger, and the price per share spiked to more than double its IPO price by mid-November. Trading as high as $57.75, shares started to cool down and have dropped more than 66 percent since peak levels.

Earlier this year, Lucid held its Q4 2021 and Full Year 2021 Earnings Call, where it celebrated numerous accomplishments. However, the automaker was forced to announce that it would be trimming its 2022 vehicle production forecast by 30 percent, from 20,000 vehicles to between 12,000 and 14,000 units instead. Citing “a continued focus on quality,” Lucid Group CEO Peter Rawlinson said the automaker would insist on only using the best parts available. This became an issue for Lucid, as these parts were usually not easy to get because of global supply chain bottlenecks, which Rawlinson said were the biggest issue in the Air’s ramp up. Additionally, outbreaks of COVID-19 at supplier facilities also contributed to the parts shortages.

“In some cases, the pandemic meant that our teams could not visit our suppliers in-person to ensure alignment on engineering specifications and tooling,” Rawlinson said about the supply chain issues. “As travel has opened back up, our supplier quality teams have been able to address many of these issues. I will note that these issues are impacting only a handful of our approximately 250 suppliers and are not affecting critical single-source or dual-source components like semiconductors or batteries. Instead, it’s been commodity items like glass and carpets, and we’ve adapted by changing our specifications or indeed switching vendors if needed.”

2022 has not been a completely bad year for Lucid. Last week, the automaker agreed to a massive 100,000 vehicle deal with Saudi Arabia, where the company would build its first international production facility. The deal starts with an initial commitment of at least 50,000 vehicles, with the option to purchase 50,000 additional cars over a ten-year period.

Analysts are expecting Lucid Group to report 2022 first-quarter revenue of $53.43 million, according to Yahoo Finance estimates. Analysts are also estimating an EPS loss of $0.31 per share, according to MarketWatch data.

Following Lucid’s production outlook reduction earlier this year, Bank of America analyst John Murphy said the surprise was “somewhat surprising in magnitude,” but it did expect a slight reduction in the company’s manufacturing targets. Murphy holds a $60 price target on Lucid stock and maintained the “Buy” rating he held on the company’s shares citing the company’s new Saudi Arabia factory as a chance for more international expansion and Lucid’s strong financials, backed by 25,000 orders of the Air sedan.

“Capacity from this facility is targeted to be 150k vehicles per annum, initially to fulfill the Saudi Arabia market demand, but eventually to export to other global markets, and construction is targeted to commence in 1H:22,” Murphy said.