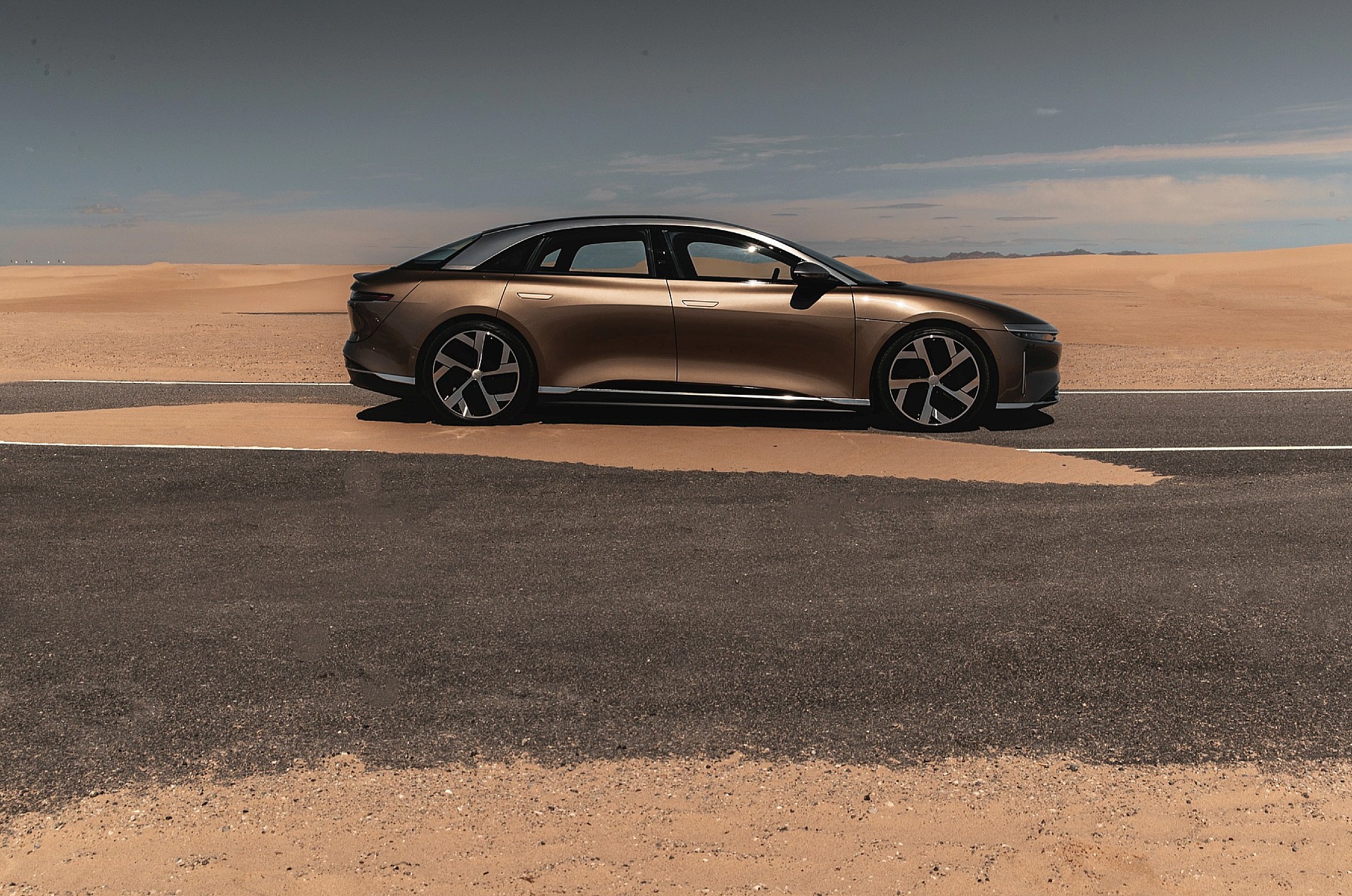 Lucid Group announced today that it had reached an agreement with the Government of Saudi Arabia to purchase up to 100,000 electric vehicles from the automaker over ten years. The deal will start with an initial commitment of at least 50,000 vehicles with the option to purchase 50,000 additional cars over the same period.

“Delivering up to 100,000 Lucid electric vehicles in Saudi Arabia represents another pivotal moment in our acceleration of sustainable transportation worldwide,” Lucid Group CEO Peter Rawlinson said. “We are delighted to be supporting Saudi Arabia in achieving its sustainability goals and net-zero ambitions, as outlined by Saudi Vision 2030 and the Saudi Green Initiative, by bringing our advanced luxury EVs to Saudi Arabia.”

#LucidMotors announces deal with Government of Saudi Arabia for purchase of up to 100,000 vehicles over a ten-year period. #DreamAheadhttps://t.co/xPt6Goad3D pic.twitter.com/aDKgUxDfIo

Lucid and Saudi Arabia have had ties since before the automaker started deliveries of its first all-electric car, the Lucid Air Dream Edition. In March 2021, Lucid and Saudi Arabia came to a deal that would see the automaker launch a new electric vehicle production plant in the country. The commitment was made after Lucid accepted a financing package worth over $1 billion from the Saudi Pacific Fund in 2018. In March, Lucid solidified plans for its first production facility outside of the United States with a 150,000 production capacity facility in Saudi Arabia.

“Lucid aspires to be a catalyst for change wherever we go, so it makes perfect sense that we are bringing electric vehicles to one of the world’s biggest oil-producing nations,” Rawlinson said regarding the deal. “Establishing a global manufacturing footprint is a practical, natural step and enables us to grow our brand, scale our business, and address worldwide and untapped market demand on an entirely new level, while also taking action to address climate change through inspiring sustainable transportation.”

The deal between Lucid and Saudi Arabia includes a pledge from the country to buy Lucid Air vehicles, along with future models the automaker plans to offer in the coming years. Order quantity is expected to range from 1,000 to 2,000 vehicles annually, with increases to between 4,000 and 7,000 cars by 2025. The automaker said that delivery will commence no later than the second quarter of 2023, with vehicles being built at both the AMP-1 facility in Arizona and the future manufacturing facility in Saudi Arabia.

The partnership also surges Saudi Arabia and Lucid’s need for employees at its future plant. The deal will “provide thousands of highly skilled job opportunities and provide economic benefit to the Kingdom in line with Vision 2030.