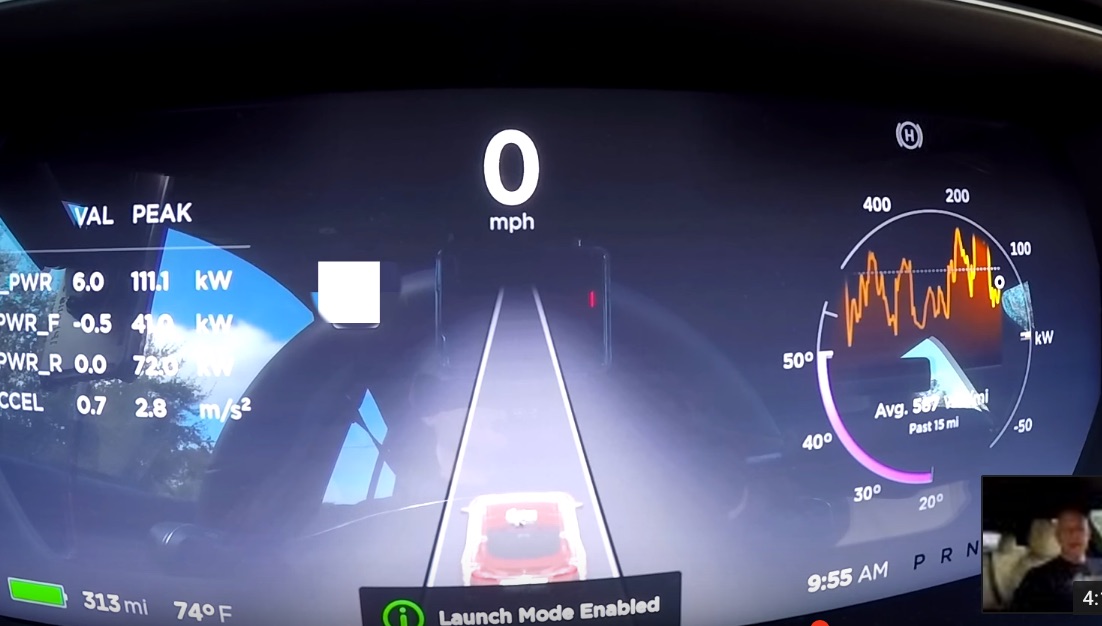 Following yesterday’s announcement that a new ‘Ludicrous+’ mode has made Tesla’s flagship P100D even quicker by dropping 0-60 mph times down to 2.4 seconds, a new tweet from Elon Musk today suggests that things could get even quicker if the vehicle was “stripped down”.

The first of a series of tweets by Musk today noted that the new P100D Ludicrous+ Easter egg on a Model S will allow it to accelerate to 60 mph in as little as 2.34 seconds. That tweet got a response from the folks at Motor Trend, who kindly offered to validate Tesla’s claim.

Also responding was Twitter user Trevor Clark who calls out Faraday Future’s impressive 2.39 second 0-60 mph time in the FF 91, but through a backhanded compliment. Clark, who mentions Musk in the tweet, notes that Faraday Future’s 1,050 horsepower electric car has no interior and uses lightweight race seats.

Musk would later clarify that the 2.34 second 0-60 mph time is for a production car, however a stripped down race-ready Tesla could see a mind-boggling 0-60 in 2.1 seconds. “Good point. 2.34 would be a production Tesla. Stripped down, maybe as low as 2.1.”

@trevoclark Good point. 2.34 would be a production Tesla. Stripped down, maybe as low as 2.1.

Aside from tweeting about Tesla’s Ludicrous+ performance, the serial tech entrepreneur also noted that the company’s next iteration of Autopilot enhancement is expected to see a worldwide over-the-air roll out in the coming week. First generation Autopilot vehicles on “hardware 1” are expected to see the software update as early as this weekend, according to Musk’s tweet.

@mjreddyMD If the results look good from the latest point release, then we are days away from a release to all HW1 and to all HW2 early next week

Autopilot continues to be one of Musk’s top priorities, as evidenced by the recent hiring of Chris Lattner as the new Vice President of Autopilot Software. Lattner is an 11 year veteran of Apple, where he was credited with creating of Apple’s Swift programming language used for building apps.

Once the software is fully activated, drivers of cars with the Hardware 2 package will be able to enjoy what Tesla now refers to as Enhanced Autopilot. Vehicles equipped with Autopilot 2.0 hardware, or otherwise referred to as “hardware 2″ by Musk, will be capable of operating in Level 5 fully autonomous mode once regulatory approval for self-driving cars on public roads is obtained.

Until then, Enhanced Autopilot “will match speed to traffic conditions, keep within a lane, automatically change lanes without requiring driver input, transition from one freeway to another, exit the freeway when your destination is near, self-park when near a parking spot and be summoned to and from your garage,” according to the company.