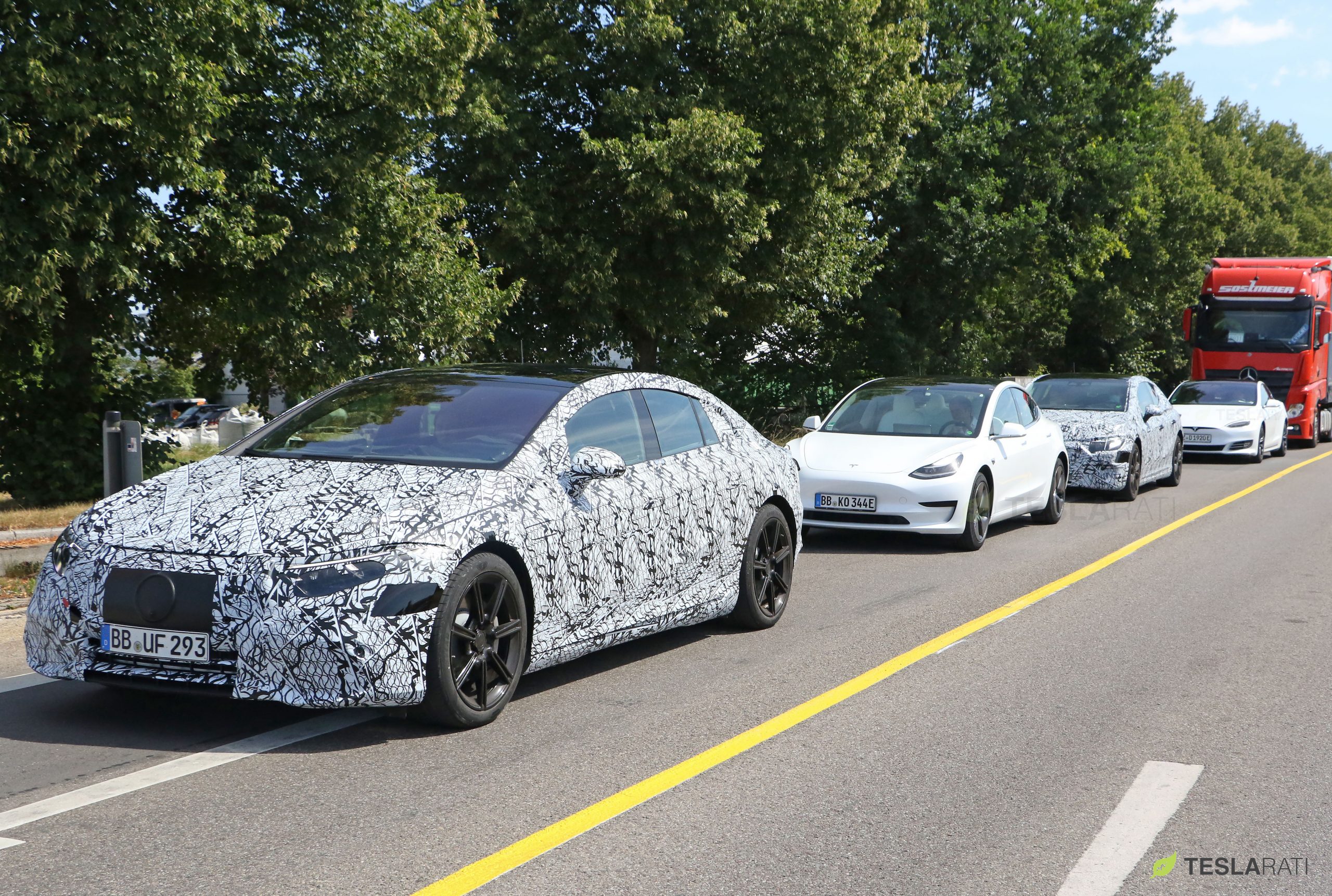 Mercedes-Benz was spied testing its yet-to-be-released EQS long-range electric vehicle against Tesla’s flagship Model S, a vehicle that has arguably become the gold standard when it comes to the electric car to be benchmarked against.

Outfitted with a familiar camouflage wrap to conceal some of its exterior features, the EQS was spotted with a Tesla Model 3 and Model S in tow at the Mercedes Research and Development Center in Sindelfingen, Germany. The test facility is located outside of Stuttgart, where both Mercedes and Porsche are headquartered.

The Model 3 that arrived at the testing facility was not a Performance variant, as determined by the wheels, ride height, and trim of the vehicle. Tesla’s flagship sedan, the Model S, was also benchmarked against by Mercedes during the EQS testing session.

The EQS seen in the pictures appears to have wide and bulky body dimensions that are reminiscent of the Model S Plaid variant. Tesla’s Plaid Mode Model S was designed with a broader body and three separate motors for increased performance. Still, it also contained a rear diffuser for efficient air displacement and a rear spoiler that improved the aerodynamics of the vehicle.

The EQS in the photographs does not contain either a diffuser or a rear spoiler.

While somewhat reminiscent of other Mercedes-Benz models, the EQS’ rounded edges on the quarter panels give it a sportier look than the 2021 S-Class 450 SE, which is much more squared off at the corners of the vehicle.

Mercedes also says that the EQS will have digital headlamps and an all-digital front grille. A futuristic and fluid design will seamlessly integrate the body, dashboard, console, and armrests, and the luxury interior will be made from recycled materials to increase sustainability.

Performance and Other Features

Mercedes unveiled the EQS in 2019 and stated that two electric motors would give the car around 470 horsepower. The German automaker estimates that the EQS will reach 0-60 MPH in less than 4.5 seconds and that it will have 435 miles of all-electric range based on the more relaxed WLTP standard.

It will also pack a 100 kWh battery that will recharge from 0% to 80% in 20 minutes using high-power DC Fast Charging.

Mercedes also plans to use at least level 3 autonomy, but there is some indication that the German automaker may have to scrap these plans when the car is released. Mercedes and BMW had a joint partnership that was aimed toward developing self-driving technology, but it was frozen after a steep plunge in demand due to the COVID-19 pandemic.

The EQS is Mercedes’ first of its all-new line of electric cars. The German automaker is doing what many other car companies in the same country are attempting to do: breakthrough Tesla’s expansive lead in EV tech by developing impressive sustainable models. 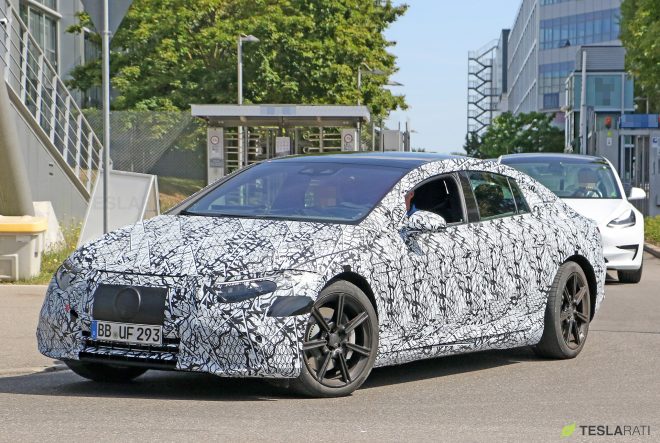 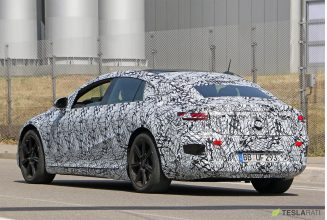 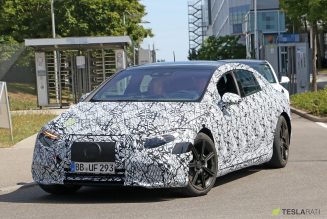