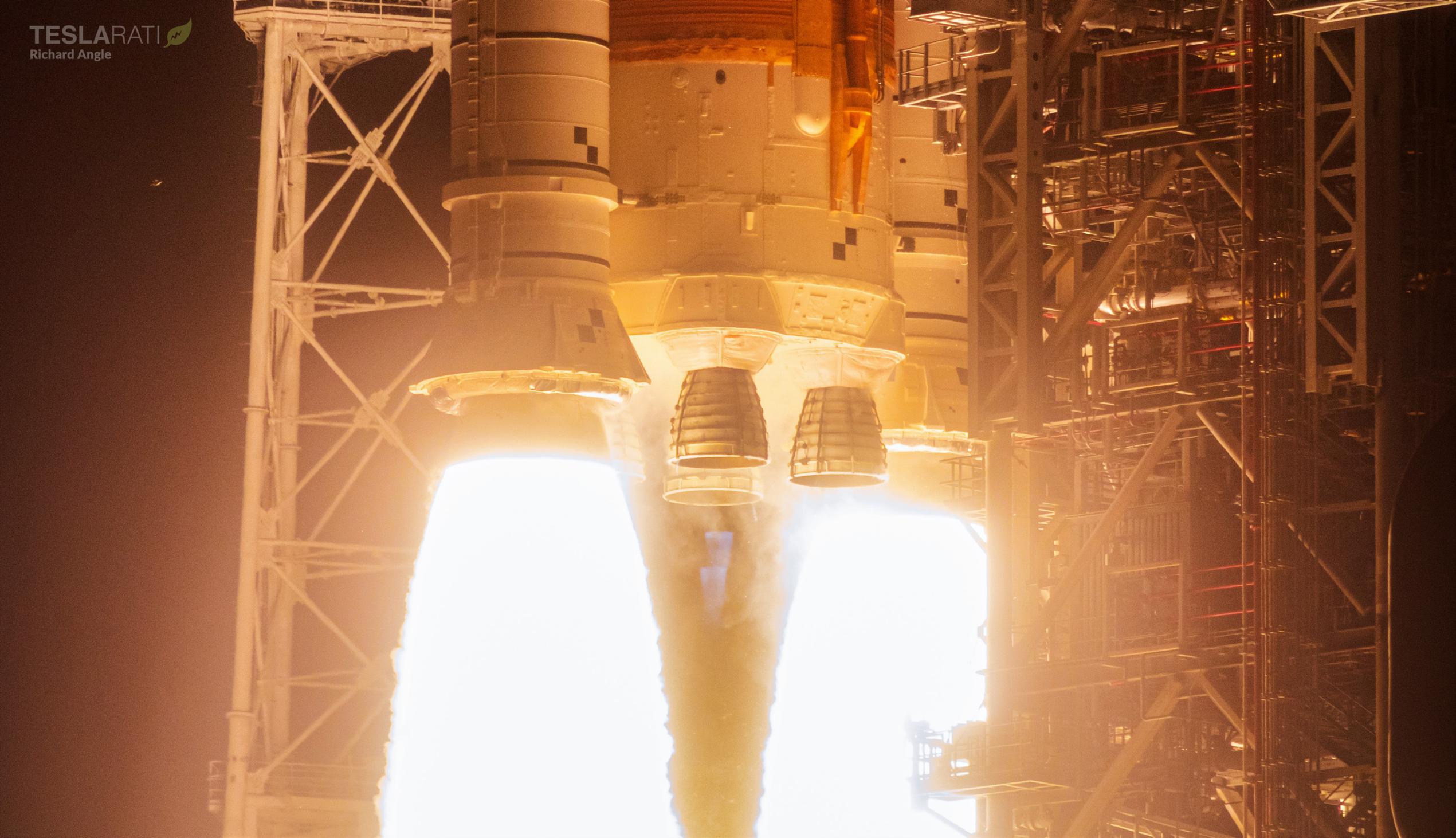 After years, months, days, hours, and minutes of waiting, NASA’s first Space Launch System (SLS) rocket has successfully lifted off from Kennedy Space Center and sent an Orion spacecraft on its way to the Moon.

Originally projected to launch by late 2016, SLS lifted off for the first time at 1:48 am EST (06:48 UTC) on November 16th, 2022. Once known as Exploration Mission 1 (EM-1), NASA’s SLS debut was renamed “Artemis I” when the Trump administration created the Artemis Program in 2017. By most measures a semi-modernized Apollo Program without a geopolitical race against the Soviet Union, the Artemis Program survived the election of a new president in 2020, and the SLS rocket’s debut has officially become the program’s first major mission to get off the ground.

That SLS rocket has had a very long journey to its first successful launch. Supplied by United Launch Alliance (ULA), the rocket’s small Interim Cryogenic Propulsion Stage (ICPS) – the stage responsible for orbital burns – was delivered to the Kennedy Space Center in November 2017. Boeing shipped the first Core Stage – SLS’ central liquid rocket booster – to Mississippi for proof testing in January 2020, and CS-1 completed that testing in March 2021 and was delivered to Florida by April 2021.

By all appearances, the first SLS launch went perfectly. Shortly before liftoff, SLS ignited four former Space Shuttle Main Engines, making sure they were performing as expected. Seconds later, the launch computer fully committed and ignited both of SLS’ Shuttle-derived solid rocket boosters (SRBs) – motors than cannot be shut down after they’re lit. Much like the Shuttle did, SLS leapt off the pad after SRB ignition.

If all goes according to plan, Orion will then use its own European Service Module (ESM) to correct its trajectory and enter a Distant Retrograde Orbit around the Moon on November 25th, where it will remain tens of thousands of kilometers above the lunar surface. Orion will then leave lunar orbit as early as December 1st and reenter Earth’s atmosphere on December 11th before the capsule finally splashes down in the ocean.

Assuming Artemis I goes perfectly, Artemis II – SLS and Orion’s first launch with astronauts aboard – is scheduled no earlier than (NET) 2024. Artemis III, which will team up with a modified version of SpaceX’s Starship launch vehicle to attempt to land astronauts on the Moon for the first time since 1972, is expected to follow NET 2025. However, a reliable source with a prophetic track record estimates that Starship and SLS might not be ready to launch Artemis III until 2028.