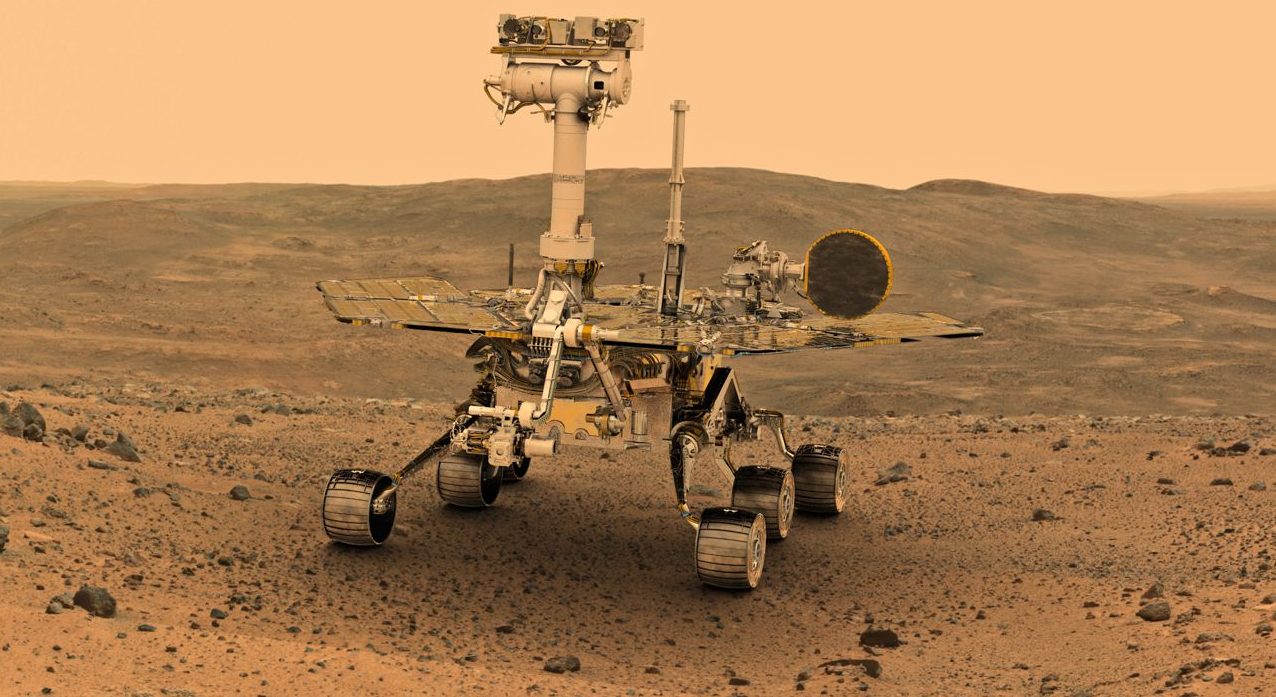 NASA recently held a press conference about the current status of the Opportunity Rover (or Oppy, as it is fondly called), which is weathering a massive storm covering a quarter of the Red Planet’s surface. According to NASA, communication with Opportunity remains down as of date, though the space agency is optimistic that the 14-year-old rover can still make it through the storm.

The massive storm currently affecting Mars covers 15.8 million square miles (41 million square kilometers), which is roughly the size of North America and Russia combined. The intensity of the storm has effectively blocked the sunlight on Mars’ surface, preventing Opportunity to charge its batteries. The rover is currently near the center of the storm, inside the Red Planet’s Perseverance Valley. NASA is under the assumption that Opportunity’s batteries have dipped below 24 volts, causing the machine to enter low power fault mode. In this state, all of Opportunity’s subsystems except its mission clock are turned off.  During NASA’s press conference, John Callas, Opportunity’s project manager, stated that the rover’s present state invokes concern. 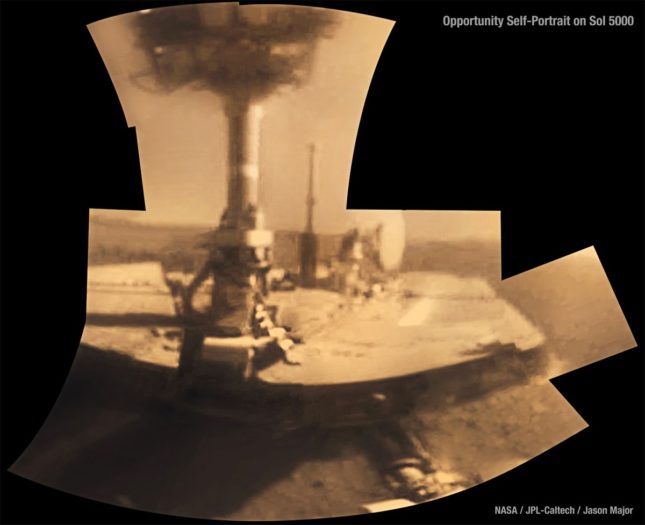 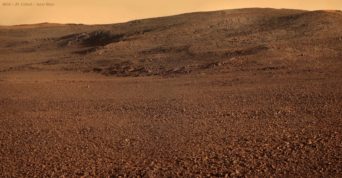 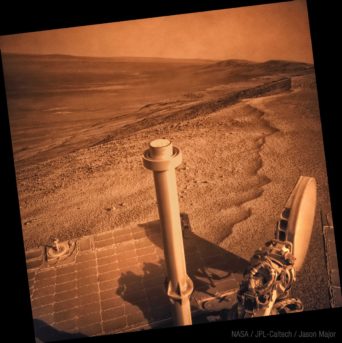 “The analogy I would use right now is it’s like you have a loved one in a coma in the hospital. The doctors are telling you that you’ve just got to give it time and she’ll wake up, all the vital signs are good, so it’s just waiting it out — but you know, if it’s your 97-year-old grandmother you’re going to be very concerned. And we are. By no means are we out of the woods here,” he said.

Opportunity has been on the Red Planet for close to 15 years, far more than the duration of its original 90-day mission. As of January 2018, the rover has managed to cover a distance of 45.09 kilometers (28.02 miles), studying Mars’ terrain and laying the foundations for missions to come. Opportunity was sent to the Red Planet with its sister rover, Spirit. While both machines were able to last far beyond their initial 90-day mission, Spirit ultimately fell silent in 2010, six years into its exploration of the Martian landscape.

Overall, it would be truly sad to lose Opportunity after such a long and storied life, but the near future will be filled with many new robotic Martians striving to uncover the Red Planet’s mysteries. After all, Opportunity, as well as Spirit and the larger, nuclear-powered Curiosity rover (which is also experiencing reduced solar energy due to the massive storm), have all but laid the foundations for further and more ambitious missions on the Red Planet. Plans are already underway to develop and launch Mars 2020, a rover based on Curiosity, and ExoMars, a rover from Europe — both of which would be tasked to find signs of life. Mars Insight, a robotic lander designed to study the interior of the Red Planet, has also been launched last May and is expected to land sometime in November.

Despite the challenge facing Opportunity right now, however, Jim Watzin, the director of NASA’s Mars Exploration Program, stated that NASA is still hoping the nearly 15-year-old rover will somehow survive.

“We’re all pulling for Opportunity. As you know, it’s been a remarkably resilient rover, lasting 15 years — well beyond its original design life of just 90 days. Its longevity has taught us much about operating on the surface of Mars. But regardless of how this turns out, this little rover has proven to be an invaluable investment that has greatly increased our ability to explore the Red Planet,” he said.