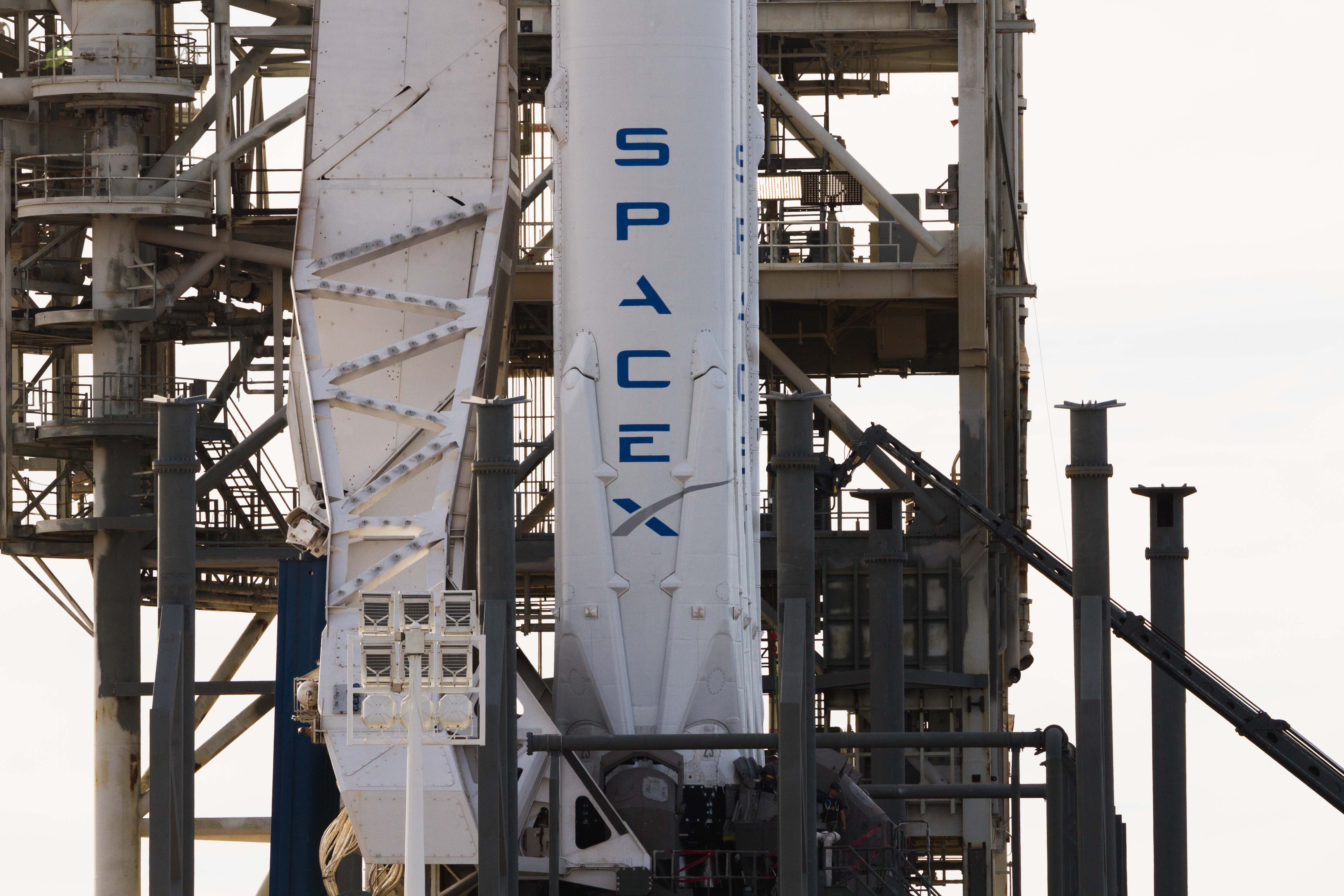 In a 2018 report on the current state of the satellite industry, the rationale behind SpaceX’s decision to expand its business into the construction and operation of a large satellite network – known as Starlink – was brought into sharp contrast, demonstrating just how tiny the market for orbital launches is compared with the markets those same launches create.

First and foremost, it must be acknowledged that SpaceX’s incredible strides in launch vehicles over the last decade or so have been explicitly focused on lowering the cost of access to orbit, the consequences of which basic economics suggests should be a subsequent growth in demand for orbital access. If a sought-after good is somehow sold for less, one would expect that more people would be able and willing to buy it. The launch market is similar, but also very different in the sense that simply reaching orbit has almost no inherent value on its own – what makes it valuable are the payloads, satellites, spacecraft, and humans that are delivered there. 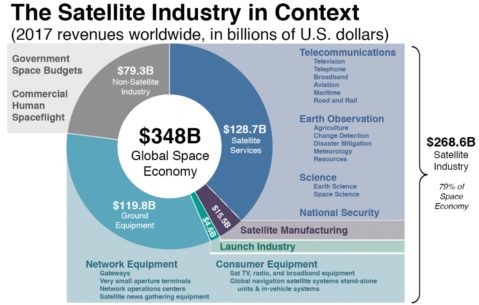 An overview of space industry in 2017, produced by Bryce Space & Technology for the 2018 State of Satellite Industry Report. 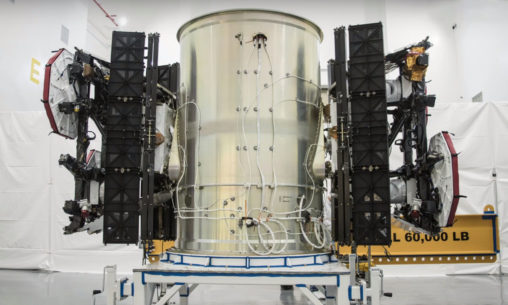 As a consequence, if the cost of access to orbit plummets (as SpaceX hopes to do with reusability) but the cost of the cargo still being placed there does not, there would essentially be no reason at all for demand for launches to increase. For there to be more demand for cheaper launches, the cost of the satellites that predominately fuel the launch market also needs to decrease. 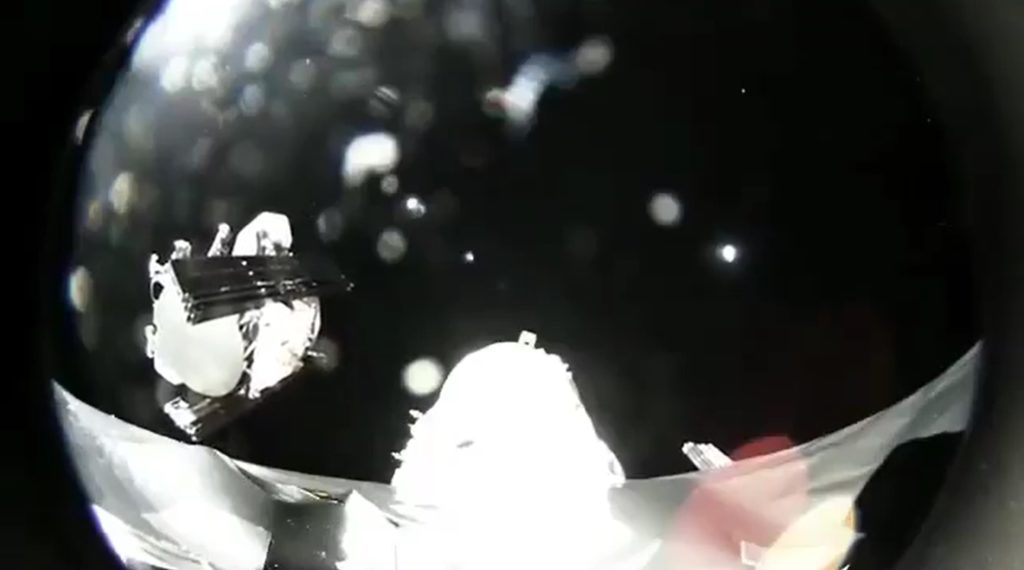 Enter Starlink, SpaceX’s internal effort to develop – nearly from scratch – its own highly reliable, cheap, and mass-producible satellite bus, as well as the vast majority of all the hardware and software required to build and operate a vast, orbiting broadband network. Add in comparable companies like OneWeb and an exploding landscape of companies focused on creating a new generation of miniaturized satellites, and the stage has truly begun to be set for a future where the cost of orbital payloads themselves wind up dropping just as dramatically as the cost of launching them.

Just by sheer numbers alone, stepping from launch vehicle and spacecraft production and operations into the satellite manufacturing, services, and connectivity industries is a no-brainer. Bluntly speaking, the market for rocket launches makes up barely more than one-sixtieth – less than 2% – of the entire commercial satellite industry, while services (telecommunications, Earth observation, science, etc.) and equipment (user terminals, GPS receivers, antennae, etc) account for more than 93%. Even the satellite manufacturing industry taken on its own is more than three times as large as the launch industry – $15.5b versus $4.6b in 2017.

In other words, even if SpaceX was to drop the cost of Falcon 9, Heavy, and BFR launches by a factor of 10 and the market for launches expanded exponentially as a result (say 50-100x), the market for launches would still be a tiny fraction of the stagnant, unchanged, unimproved satellite services and production industries. Put simply, there is scarcely any money to be made in rocket launches when compared with literally any other space-related industry. 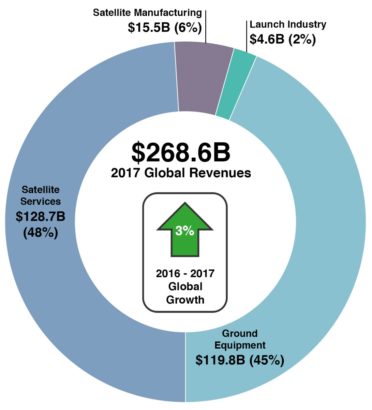 An overview of just the commercial aspects of the satellite industry. (SIA) 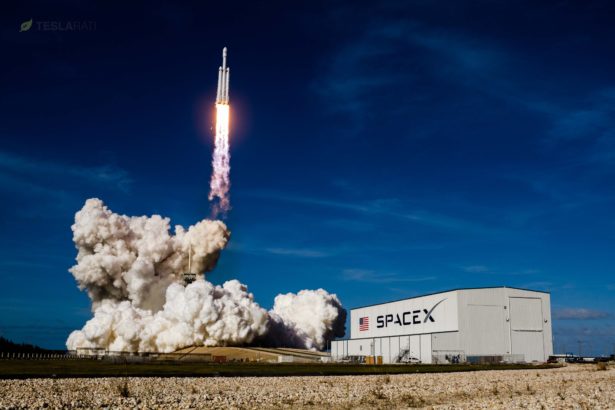 While far from a done deal, Starlink is thus without a doubt the most promising established method for SpaceX to dramatically increase its profitable income, income which could thus be invested directly in launch vehicles, space resource utilization, sustainable interplanetary colonies, and more, all while potentially revolutionizing global freedom of connectivity.