Neuralink, Musk’s brain-computer interface company, is in the process of expanding rapidly and has several new technical job openings on their website. There is heavy focus on applied engineering, particularly in the context of microelectromechanical systems (MEMS), also known as micromachines or “really tiny robots”, as I like to call them. Not only is this a rapidly growing field of study and application as of late, but MEMS as a priority implies that in the near term, Neuralink is structuring itself as an advanced nanotechnology incubator, with a focus on biocompatible (safe for humans) applications. A traditional, state-of-the-art 100 electrode array. This is implanted directly into the brain by way of open-brain surgery. (Matthew McKee, Brown University)

MEMS have a fascinating history, often said to have begun with a famous lecture given by Richard Feynman in 1959. In it, he argued that it should be fundamentally possible to one day manipulate matter at an atomic level, to “arrange atoms the way we want”. All matter is composed of atomic structures, and such a capability would logically allow the creation of new materials and chemicals by mechanically altering atomic structures. Technology on this order would allow for the existence of science fiction standouts like true 3D printers capable of assembling almost anything conceivable (food, functioning electronic devices, clothing, pharmaceuticals, etc.) out of some form of basic input matter. That capability is of course purely theoretical and probably decades away from reality, but it offers an idea as to just how useful atomic manipulation could be in nearly every industry one can imagine.

For brain-computer interfaces (BCIs), the allure of MEMS or nano-EMS (NEMS) are obvious. Given small enough machines, one can imagine a sort of biocompatible dust that would naturally proliferate throughout the brain and body, likely by way of the bloodstream. Confused for nutrients or debris, many millions or billions of these tiny dust particles might embed themselves in the vast network of blood vessels throughout the human brain or be absorbed into neurons themselves. Add some sort of mesh network capability or an external device capable of interacting with the smart dust, and you have a vast, detailed method of recording and stimulating neural activity with something as simple as a few pills or injections and a smartphone-sized device.

The minds behind Neuralink

While even the narrower goal sketched above appears far fetched in many ways, the eight founding members of Neuralink have backgrounds that suggest the company will pursue precisely that architecture, often called “neural dust”. Several have conducted critical research into the many complex ways human brains integrate information necessary to move the body, among other things. Phillip Sabes, a professor of physiology at the University of California (San Francisco), has conducted research into the brain’s ability to “flexibly and adaptively integrate information from a variety of sources, from higher cognition to sensory and motor processing”. This information integration is a fundamental feature of all brain function.

Several other founders have experience in neuromorphic (brain-like) computer processors. Paul Merolla has been a central designer in almost every groundbreaking neuromorphic chip project, ranging from Stanford’s Neurogrid and IBM’s TrueNorth. In general, the study of neuromorphic computing hopes to package some of the incredible efficiencies and capabilities of brains into commercial products. Primarily, neuromorphic engineering attempts to replicate the behavior of biological neural networks in order to better understand them and, as a result, better understand how the human mind functions.

The lab Sabes runs has been recently exploring an array of topics, ranging from efforts to drastically improve researchers’ abilities to listen to neurons in the brain, to developing knowledge and technologies that could eventually provide natural movement and control through brain-machine interfaces (i.e. brain-controlled prosthetic limbs) by introducing artificial feedback. The argument his lab makes is that the unnatural look and feel of people using brain-interfaced prosthetics is likely a result of a lack of feedback in the artificial limbs, where real human limbs are typically directed with a combination of multiple senses like touch, temperature, pressure, and more. Possibly the most important conclusion is that through the work his lab does, they are “learning how to communicate with parts of the brain that don’t have a clear topology (location or distribution), which is most of the brain”. For Neuralink to have even a chance of successfully developing a “high bandwidth interface for the nervous system”, this knowledge will be crucial, given the fact that higher cognitive functions tend to be broadly distributed throughout the physical brain.

Other members, like Tim Hanson, have spent the better part of a decade developing flexible, stable, and minimally-invasive alternatives to the rigid electrodes of today, which require inherently risky surgery to install. These flexible electrodes, capable of being more or less “injected” into the brain, have been successfully tested numerous times in animal subjects and are currently undergoing tests to ensure their longevity and resilience to the tough environment of living things.

Heading back to the concept of “neural dust” and other innovative methods of recording and stimulating neurons, another of the eight founders of Neuralink is Dr. Dongjin Seo, a central figure in the exploration of “neural dust”. Described as “ultra-miniature, untethered, wireless neural implants (‘Neural Dust’) for brain-machine interfaces”, Seo and several others have spent years developing the concept. Most recently, Seo and six other researchers successfully conducted testing in rats of a preliminary prototype of neural dust that was passive, wireless, and had no batteries. By powering the ‘dust motes’ with ultrasound while implanted in brain tissue, the researchers were able to produce detailed, accurate recordings of rat brain activity. This successful proof of concept occurred in 2016, and it is undoubtedly no coincidence that Seo was invited just months later to co-found Neuralink with Elon Musk. 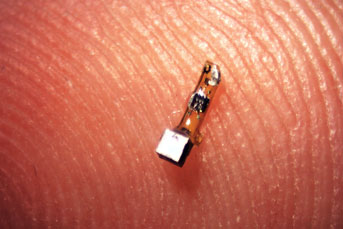 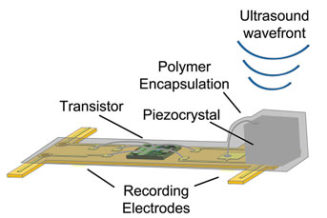 A zoomed-in diagram of the dust mote pictured to left. 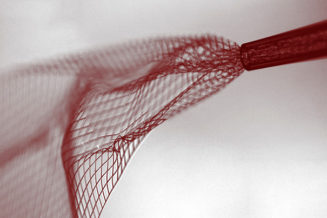 An alternative non-invasive electrode, in the form of an injectable mesh. (Lieber Research Group)

While there is a vast amount of progress and miniaturization that must occur before anything approaching Musk’s aspirations is possible, the very fact that non-invasive neural recording and stimulation could be achievable in humans within a handful of years puts into doubt a great deal of specific criticism Neuralink and Musk have received since the reveal.

Another difficulty in creating a “high bandwidth interface for the nervous system” lies in the high-bandwidth aspect of the endeavor. In order to functionally interact with an array of neurons, say even a million neurons, a vast amount of data will have to be transferred very rapidly, and wirelessly, back and forth between brains and computers. The creation of true, seamless BCIs will likely require observing and stimulating tens of millions to billions of neurons. If we assume that a single neuron would create around 5,000 bytes (5 kilobytes) of information per second, and we want to observe ten million neurons simultaneously, the bandwidth necessary can begin to reach well into the range of terabits (~120 gigabytes) per second. It’s possible that this issue can be circumvented by communicating and stimulating fewer neurons per second or solved with some form of compression between brain and computer, but it serves to illustrate the incredible scale of the brain and the difficulties of creating an interface worthy of the title “high bandwidth” in context.

It should thus come as no surprise that Dr. Seo has assisted in the development of extremely high bandwidth, short range wireless communications in the past. Every single member of the Neuralink team was aggressively vetted and narrowed down to a select few individuals who were experts in multiple highly complex fields each. Musk told that Wait But Why‘s Tim Urban that he likely personally interviewed or met with at least a thousand people before deciding upon the eight initial founding members. Many of the founders Musk originally approached left sought-after tenured positions at prestigious institutions to join Neuralink, and this speaks to Musk and Neuralink’s highly compelling goals.

The human brain is thought to contain as many as 100 billion neurons, at least 20% of which are relevant to the higher-level cognition that is unique to humans, and possibly a trillion or more glial cells which may play a far more significant role in cognition than previously thought. Ahead of Neuralink and the brilliant team are numerous vast and undeniably daunting challenges. As they have before, they will continue to peer deep within the abysses of human consciousness and attempt to progress our understanding of ourselves. Whether they succeed or fail, they will do so for the sake of the future of humanity; endeavoring to improve upon a chaotic natural marvel and hoping to ensure competition in the face of artificial intelligence that will know no biological bounds.