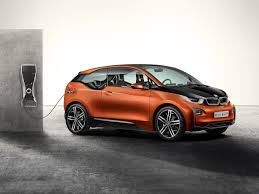 Can the BMW i3 compete with the Tesla Model III? The question holds little logic. While the BMW i3 is available now, the Model III won’t be for another two years, a lifetime in electric vehicle (EV) history. However, the next generation of BMW i3 with the results of their experience could be. Tomorrow’s BMW i3 would be a much better competition to the Model III than today’s.

Tomorrow’s BMW i3 could compete with the Tesla Model III

It’s fair to say that the BMW i3 has received mixed reviews in the press. Some like it, and others vehemently dislike it. I can’t understand why. It’s a good city EV and does exactly what it was meant to do, to drive people around town with zest and very decent handling, despite its tiny wheels. After all, a BMW has to be the “ultimate driving machine”, nein? Still, many journalists wrongly pit the BMW i3 against the Tesla Model III as competition. Unless you live in a time warp, one exists now, the other won’t be out for a few years.

By the time the Model III becomes available, the BMW i3 will be close to obsolete. It certainly won’t compete with it then. Most likely, BMW will upgrade the electric i3, as Tesla plans to do with the Roadster. I’m willing to bet the Model III will look somewhat similar to the Chrysler Dart, itself based on the right proportion of the Alfa Romeo Giulietta. It stands to reason that the second generation of BMW i3 will be a better comparison to the Model III than the current one.

Is BMW really competition for Tesla?

Of all the carmakers out there, BMW is the most progressive, at least, it has shown to be with its iDrive team. But BMW and Tesla don’t really compete in the same league. Yes, BMW sells gasoline sedans for the same price as a Tesla Model S, but those gasoline cars don’t rival the Teslas. Modern BMWs are heavy and a far cry from what made them great in the seventies and eighties, light and fun to drive. Although the i3 brings the company closer to its roots, it’s not yet a potential competition to the Model III. As far as the stunning plug-in hybrid (PHEV) BMW i8, it, too, will never be competition for the Model S. One is a high-performance, two-seat PHEV, while the other is a full out classy and powerful all-electric sedan.

BMW will collect data from its i3 and continue to listen to the feedback from its buyers. It will most likely upgrade the i3 by the time the Model III is available. Maybe by then, we can truly talk about whether the BMW i3 is competition for Tesla’s Model III, or not.