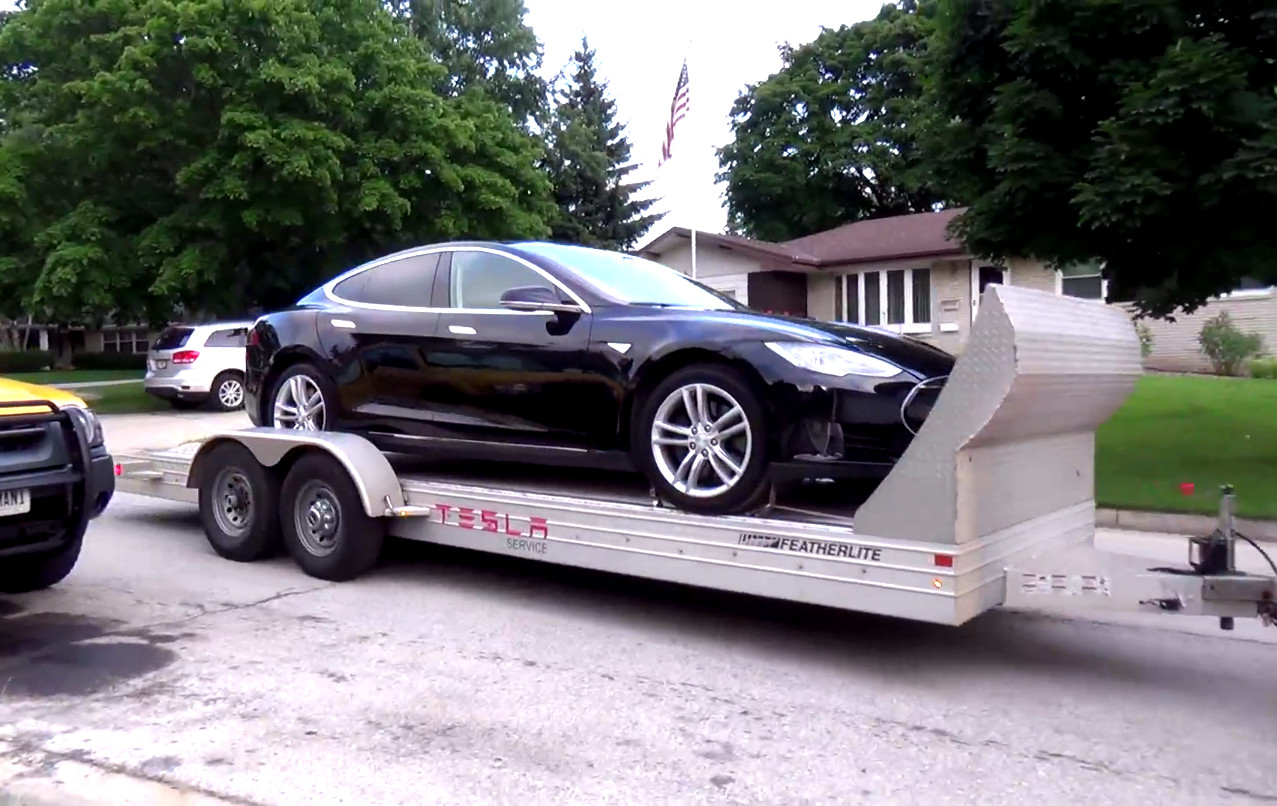 As luck would have it, shortly after our story comparing Tesla’s battery technology against the competition, we received a message from our friend KmanAuto that he had received a Tesla Model S battery replacement after suffering a battery failure at 34,607 miles. The incident occurred while depressing the accelerator pedal to merge onto a freeway which was followed by a loud “clunk” noise, and later a display of warning messages before the car came to a stop.

True to Tesla Motors impeccable and world-class service, they immediately dispatched a tow company with flatbed service to transport the vehicle to the nearest Tesla Service Center. They even arranged for a Uber ride to take the driver home.

In the following days, Tesla Motors answered with something that all long term Model S owners could ever wish for – a full Tesla Model S battery replacement with a brand spanking new (and latest) B pack.