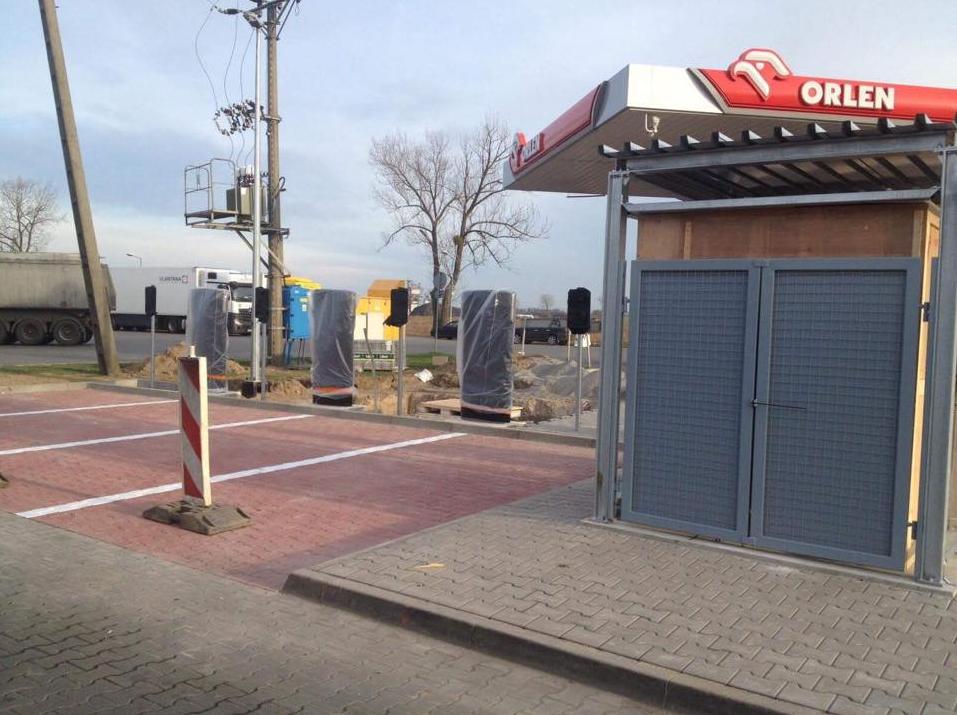 Poland is getting its first SuperCharger location at an Orlen gas station. Orlen and Tesla have partnered on other locations in Europe. A location in the Czech Republic is planned soon. Poland is getting its first Tesla Supercharger station according to a new photo revealed on Reddit that shows four Tesla parking spaces at an Orlen fuel station. According to a comment made by Sheig, Tesla signed a deal with Orlen a few months ago, who incidentally also owns Star Station in Germany where some Superchargers are located.

Some question whether Poland is an appropriate place for Tesla to be concentrating its efforts.  The majority of the people in its cities live in high rise apartment buildings, but improvements in charging infrastructure are rapidly taking place all over Europe. Tesla has always been proactive about getting Supercharger locations built first so it can attract local customers later.

The issue of how to charge electric cars in densely populated cities where private parking garages are scarce is one that affects EV customers everywhere. China is pushing for chargers to be included in all new buildings in its cities, and pressing forward with a campaign to greatly expand the availability of charging locations throughout the country.

The problem exists in US cities such as New York where many people must find parking spaces on the street even if they live in prestigious buildings. Many of the public chargers in New York are installed in private parking garages that charge significant fees just to gain access to the lot.

While other manufacturers are taking a wait and see attitude, hoping that local and national governments will fund the needed infrastructure, Tesla continues to chart its own course. It may be that finding a charger in Poland is hard to do at the moment, but at least there is one. That’s one more than Mercedes, BMW, Audi, or Volkswagen has.