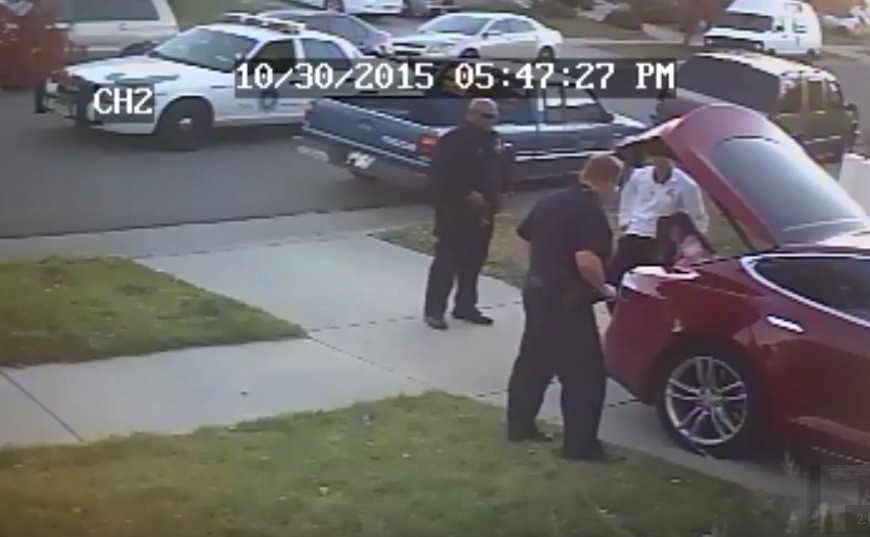 One Model S owner has an odd run-in with the law when police respond to a report of a child being placed in the trunk of a car. Little did the officers know that the Tesla Model S in question was equipped with the optional rear facing seats suitable for smaller passengers.

Two police squad cars are seen approaching the Model S as it pulls into a residential driveway. The officers walk up to the vehicle and one is heard saying, “We got a call a few minutes ago, someone put a child in the trunk”. The Model S driver opens the rear lift gate.

“There’s seats in there? Nice, I like that” says the first officer. The second officer is heard chuckling in the background as he watches a small girl emerge from the Model S trunk. The following video is captured by home surveillance and provides an entertaining look at how people might respond to seeing a trunk-mounted rear facing seat for the first time. Even officers, who’ve arguably seen just about everything there is to see, were caught off guard when faced with the Tesla Model S third-row seat.