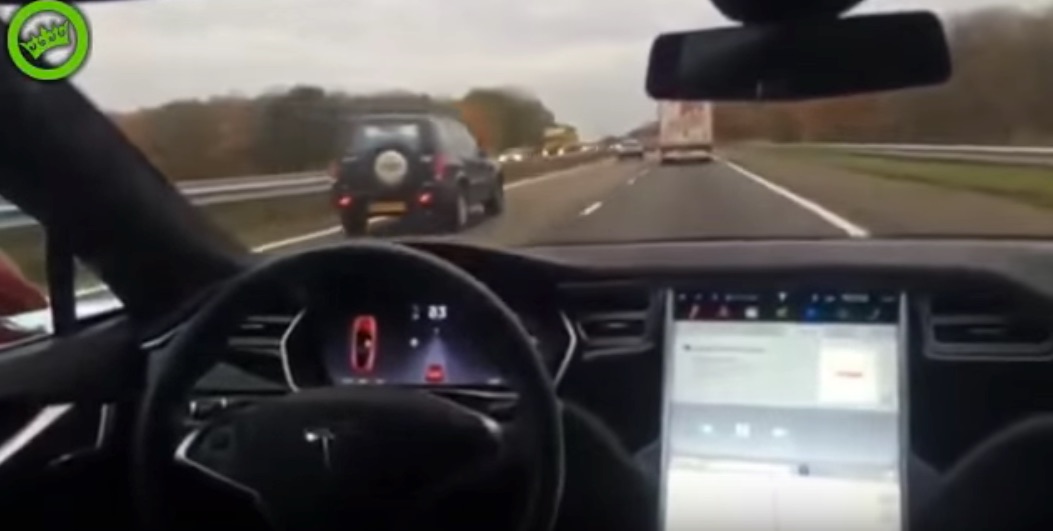 An updated Tesla Autopilot 1.01 couldn’t come soon enough especially as we continue to witness dangerous stunts performed by their absent minded drivers. The latest video is apparently shot on a Dutch highway as we see a Tesla Model S cruising down an active freeway without a driver.

The video is disturbing in many more ways than one. For one the person filming has decided to take their Autopilot stunt on to a public highway while traveling at a relatively fast 83 km/h (51 mph) and trailing behind a big rig. But the worst thing of all is the fact that the person decided to completely remove themselves from the driver’s seat and risk putting everyone in harms way of the two plus ton Model S. The video is apparently shot from the passenger seat as you can see the passenger seat belt warning indicator flashing, but also catch a glimpse of the passenger’s legs.

Tesla states that Autopilot is a hands-on feature that requires drivers to be in control of the vehicle but that clearly hasn’t stopped some owners from demonstrating the capabilities of the feature through dangerous stunts. Elon announced during Tesla’s third-quarter earning’s call that the company will be putting “some additional constraints” on the Autopilot system in order to “minimize the possibility of people doing crazy things with it,”, presumably to prevent situations such as the one captured in this video from ever happening.