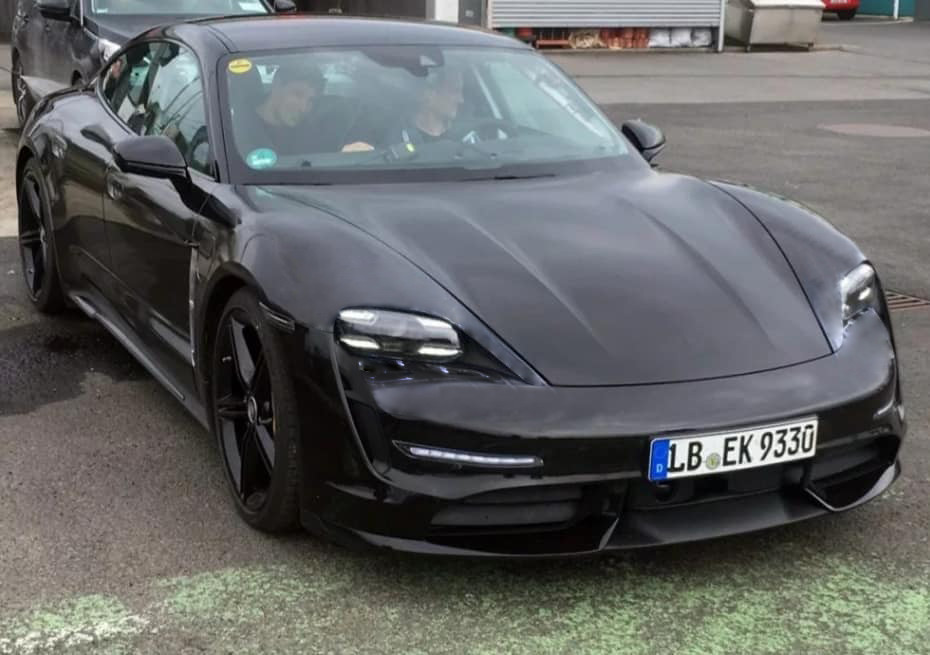 A recent sighting of a Porsche Taycan prototype has provided a surprisingly refreshing look at the upcoming all-electric four-door sedan. Just months before the vehicle’s production version is expected to be unveiled, Porsche has taken off part of the headlight covers of one of its Taycan test mules. The result of this simple change was a vehicle that immediately looks heavily inspired by the stunning Mission E sedan concept.

The sighting of the Taycan prototype was recently shared on TaycanForum.com, a community of Porsche enthusiasts interested in the upcoming all-electric vehicle. A few shots of the test mule were taken, including a view of the car that clearly shows its headlights without their usual full plastic covers.

Porsche appears to be having some fun with the Taycan prototype’s rear coverings as well, with the company cutting its rear camo tape in a pattern very similar to the Acura NSX’s taillights. The German carmaker even placed a faux badge on the rear of the vehicle that, at least based on the photographs, seemed to be an attempt at the Acura logo.

It did not take long before Raek, a member of the electric car enthusiast community, polished up one of the Taycan’s recent images a bit more through some handy photoshop work. The result was a car that looks different from the Taycan test mules that have been spotted across several countries over the past year. From the front alone, the Taycan prototype immediately looked like a total dead ringer for the Mission E sedan concept.

When I attended Porsche’s annual press conference last month, I inquired about the Taycan’s design to Press Spokesman Jorg Walz, citing the stark difference between the stunning Mission E concept and the distinctly Panamera-esque Taycan prototypes. In response to my question, the Porsche press spokesman lightly noted that buyers would be able to tell that the Taycan is a vehicle based on the Mission E. After seeing the Taycan prototype without its headlight coverings, Walz’s comments suddenly seem to be on point.

The Porsche Taycan’s production version is expected to be unveiled this coming September. The vehicle, which is the company’s first all-electric high-performance car, will be built in Porsche’s historic Stuttgart-Zuffenhausen site, which also hosts the production line of the iconic 911. The Taycan is expected to be equipped with distinctly Porsche-like performance, such as a 0-60 mph time below 3.5 seconds and a top speed of 155 mph.