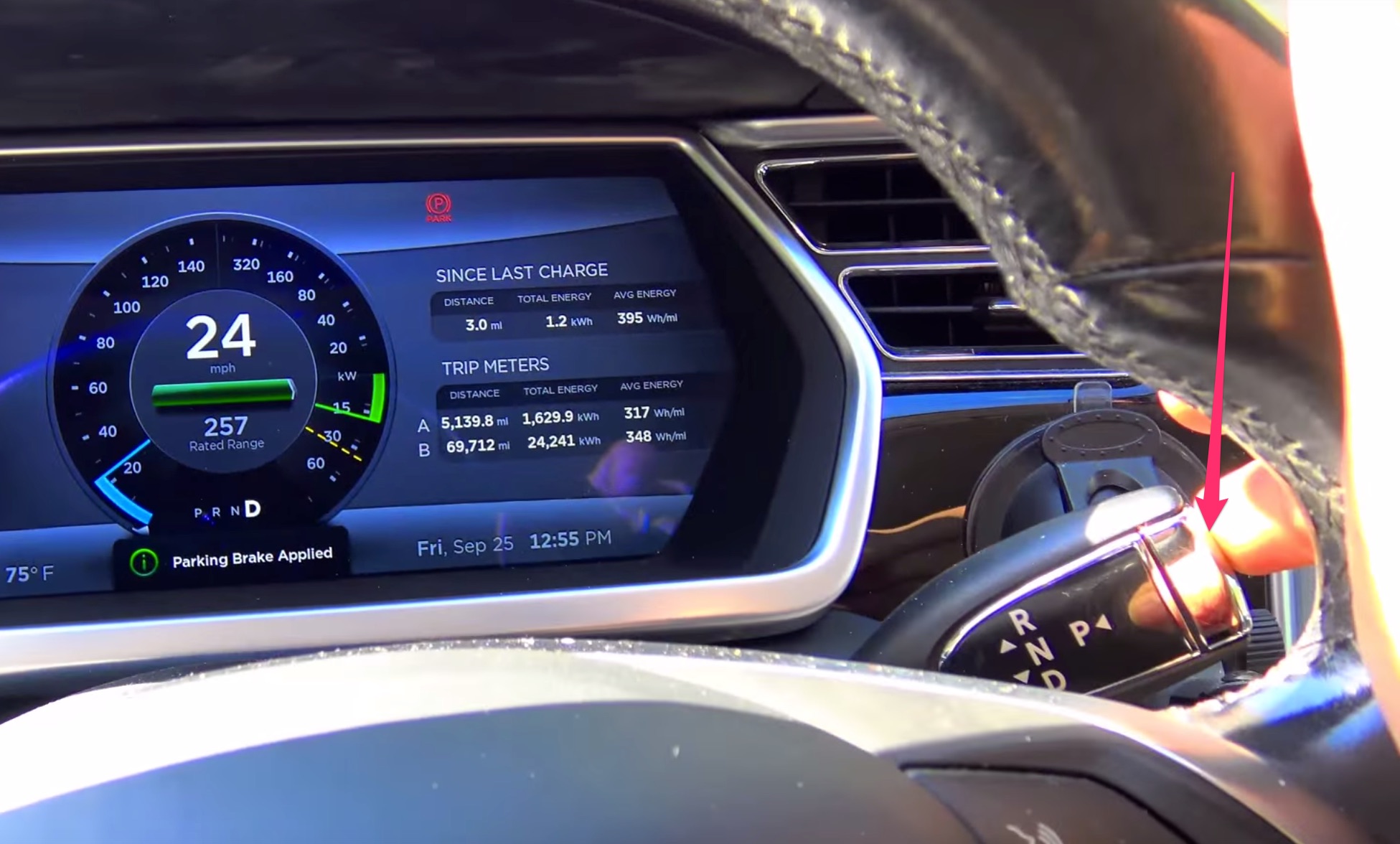 Have you ever wondered what would happen if you pushed the park button while your Tesla was in motion?

KmanAuto best known for providing technical insight to Model S features, by way of his YouTube channel, decided to see what would happen if one were to depress the park button while the vehicle was in motion.

Unlike a traditional car which utilizes a clunky transmission that requires gear shifting (whether automatic or manual) the Model S and Model X has a simple lever, no different than a turn signal stalk, that allows the driver to “shift” into D(rive), R(everse), N(eutral), and P(ark). That’s it. No gear changes and no parking brake. Well … at least not a spring loaded parking brake that would require you to stomp or yank on. The Model S and Model X parking brake is electronically actuated through a simple press of a button. It’s because of this simple button that the thought of pushing it while driving has crossed my mind countless of times. Not because I have this penchant for doing ridiculously stupid things (though my wife would disagree), it’s because there’s a button to be pressed, and it’s right by my finger tips!

I’ve accidentally grazed the button numerous times while driving, especially during road trips when I find myself staring into a long stretch of road for hours on end while fidgeting with steering wheel controls.

Thanks to KmanAuto, we now know what happens when you depress the park button while the car is in motion.