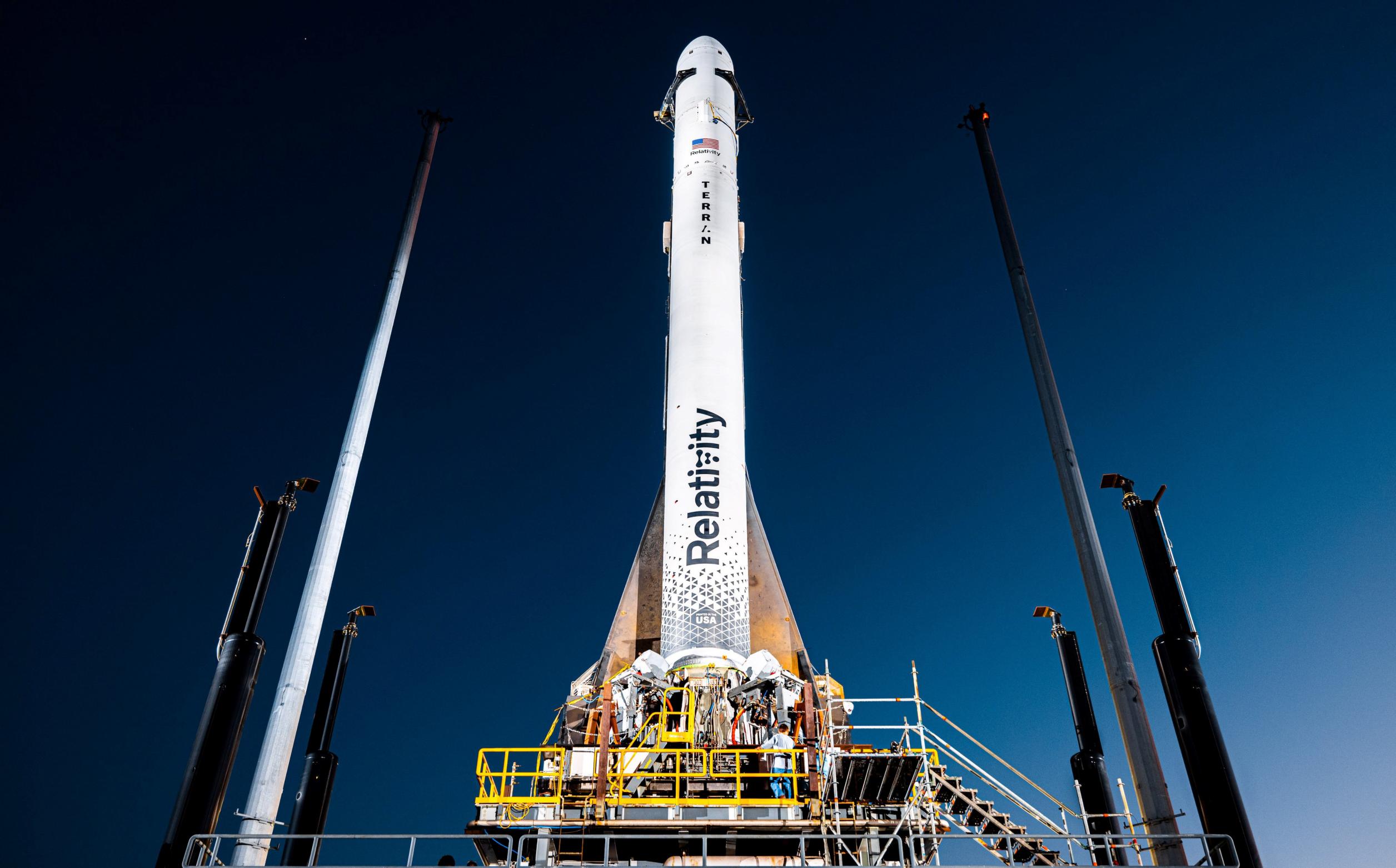 Relativity Space’s first 3D-printed Terran 1 rocket has rolled out to the startup’s Florida pad and been raised vertical ahead of its launch debut.

The last six months have been almost exclusively dedicated to testing Terran 1’s larger and more powerful first stage (booster) as thoroughly as possible. Instead of building a dedicated booster test stand in Mississippi, Relativity chose to modify Terran 1’s lone LC-16 launch pad for the crucial task. Ultimately, the startup was able to complete a large amount of booster testing on the ground, significantly increasing the odds that Terran 1 will perform as expected when it lifts off for the first time.

According to Ellis, one of the most important insights gained from those tests was into Terran 1’s uncharacteristically complex autogenous pressurization system – unprecedented for such a small rocket. Generally speaking, orbital-class rockets store helium gas in small ultra-high-pressure tanks (COPVs) and use helium to pressurize their propellant tanks as they are drained of propellant. Autogenous pressurization refers to an alternative in which a portion of a rocket’s liquid oxidizer and fuel are turned into hot gas and injected back into their respective tanks to pressurize them.

Helium is extremely expensive and an unrenewable resource. In theory, autogenous pressurization – at the cost of being significantly more complex and finicky – can also reduce the amount of dry mass reserved for tank pressurization. While Terran 1 wasn’t able to complete a full-duration static fire, the tests it did complete showed Relativity that its autogenous pressurization systems are unlikely to be a problem in flight, mostly eliminating a major source of uncertainty.

Following the final 82 or 88-second static fire, Relativity returned Terran 1’s booster to LC-16’s hangar and shifted its focus to fully assembling the two-stage rocket and finishing the launch pad. In early December, the company announced that it had fully assembled the first Terran 1. Days later, the rocket was installed on the pad’s “Transporter Erector.” The T/E responsible for transporting the rocket and raising it vertical, but it also needs to connect the rocket to ground systems (propellant, power, comms, etc.) and hold it down before liftoff.

On or around December 6th, Terran 1 rolled out to the pad and was raised vertical soon after. According to Ellis, all that stands between Terran 1 and its first launch is a short integrated static fire test and a launch license from the Federal Aviation Administration (FAA). It’s impossible to say how long the FAA will take, but it’s likely that Relativity will be technically ready to launch just a handful of weeks from now.