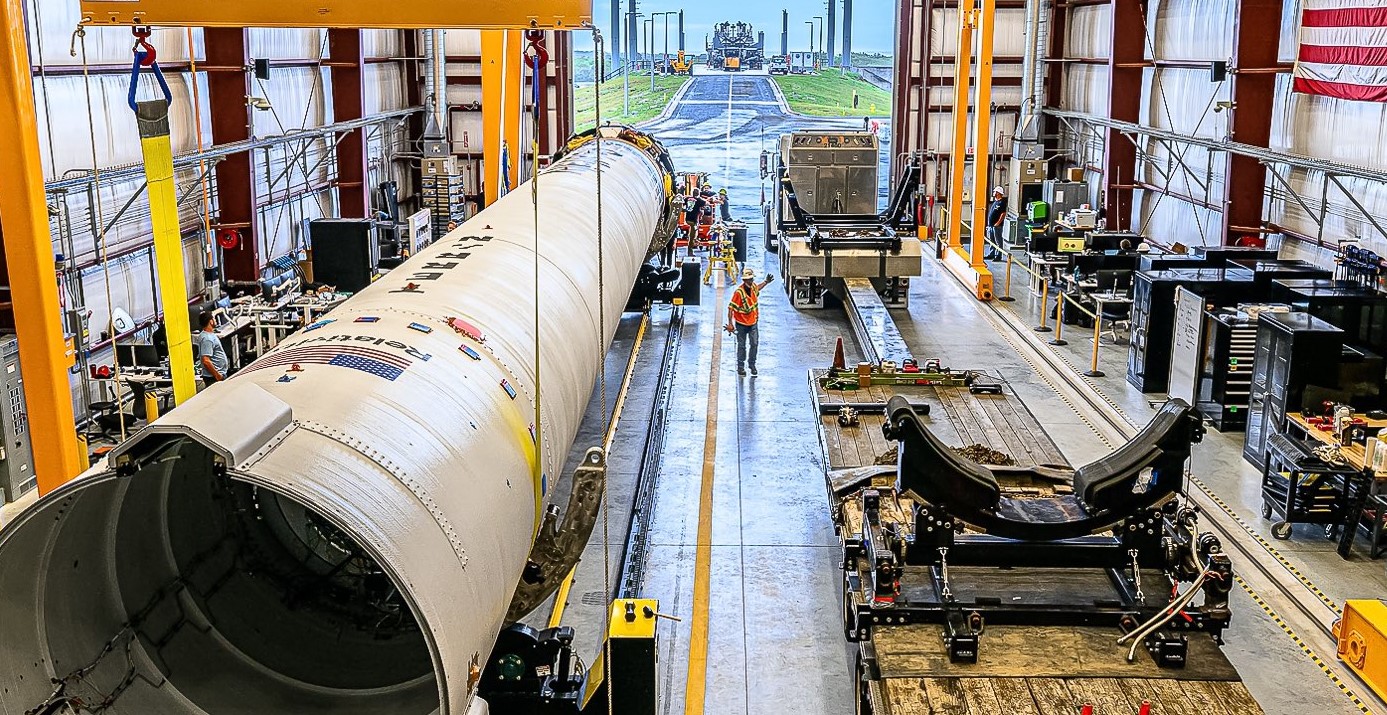 Relativity Space has shipped both stages of its first 3D-printed Terran-1 rocket to a launch pad it recently finished constructing at Florida’s Cape Canaveral Space Force Station (CCSFS), leaving the startup just a few steps away from its first orbital launch attempt.

As Relativity CEO Tim Ellis himself noted, the company is about two years behind its initial goal of a 2020 launch debut, but it’s far from alone in that regard. Virtually all of its most direct competitors are in similar boats. Out of sheer coincidence, startups ABL Space and Firefly Space are working towards orbital launch attempts of their similarly sized RS1 and Alpha rockets – ABL for the first time and Firefly for the second time – as early as summer 2022. Now, so is Relativity.

Almost simultaneously, all three companies have announced that both stages of their Terran-1, RS1, and Alpha rockets have arrived at their respective launch sites in Florida, Alaska, and California. Firefly, who has already successfully static fired Alpha’s first and second stages, is undoubtedly in the lead, but ABL Space and Relativity are neck and neck for second.

Both of the latter startups have successfully qualified the smaller, less powerful upper stages of their RS1 and Terran-1 rockets. Both intend to conduct final booster qualification testing – including the first all-engine, full-power static fires – at their launch sites. ABL has a bit of a leg up over Relativity, as it delivered its RS1 booster to its Kodiak, Alaska launch pad months ago. Still, Relativity appears to be on a roll and delivered both stages of its unique 3D-printed Terran-1 rocket to its Cape Canaveral launch site just a few weeks apart in May and June 2022. ABL Space also suffered a major failure during its first attempted upper stage qualification, though the company rapidly recovered. At least publicly, Relativity has experienced no major stage failures while developing Terran-1.

Alpha, RS1, and Terran-1 are all designed to launch roughly 1.2-1.35 tons (2600-3000 lb) to low Earth orbit. All three are roughly the same size and designed to be expended after every launch. Terran-1 and RS1 are designed to launch up to 1.25 and 1.35 tons for $12 million, while Alpha is a bit more expensive at $15 million for 1.17 tons. RS1 is a largely traditional welded-aluminum rocket not unlike SpaceX’s Falcon 1, but with nine smaller booster engines instead of Falcon 1’s one. Alpha is almost entirely built out of carbon fiber composites and is powered by four slightly larger main engines.

Terran-1 has nine 3D-printed booster engines and is also made mostly of aluminum. However, Relativity’s claim to fame is 3D printing, and it says that even its very first Terran-1 rocket is 85% 3D-printed by mass and is the largest single 3D-printed object ever built. Terran-1 reportedly weighs around 9.3 tons (20,500 lb) empty.

If Terran-1’s booster qualification testing goes as smoothly as it did for the rocket’s upper stage, Relativity could be ready for its first orbital launch attempt as early as summer (Q3) 2022, just in time to join Firefly (July) and ABL (August). Relativity Space’s ultimate goal? 3D-print similar rockets on Mars.