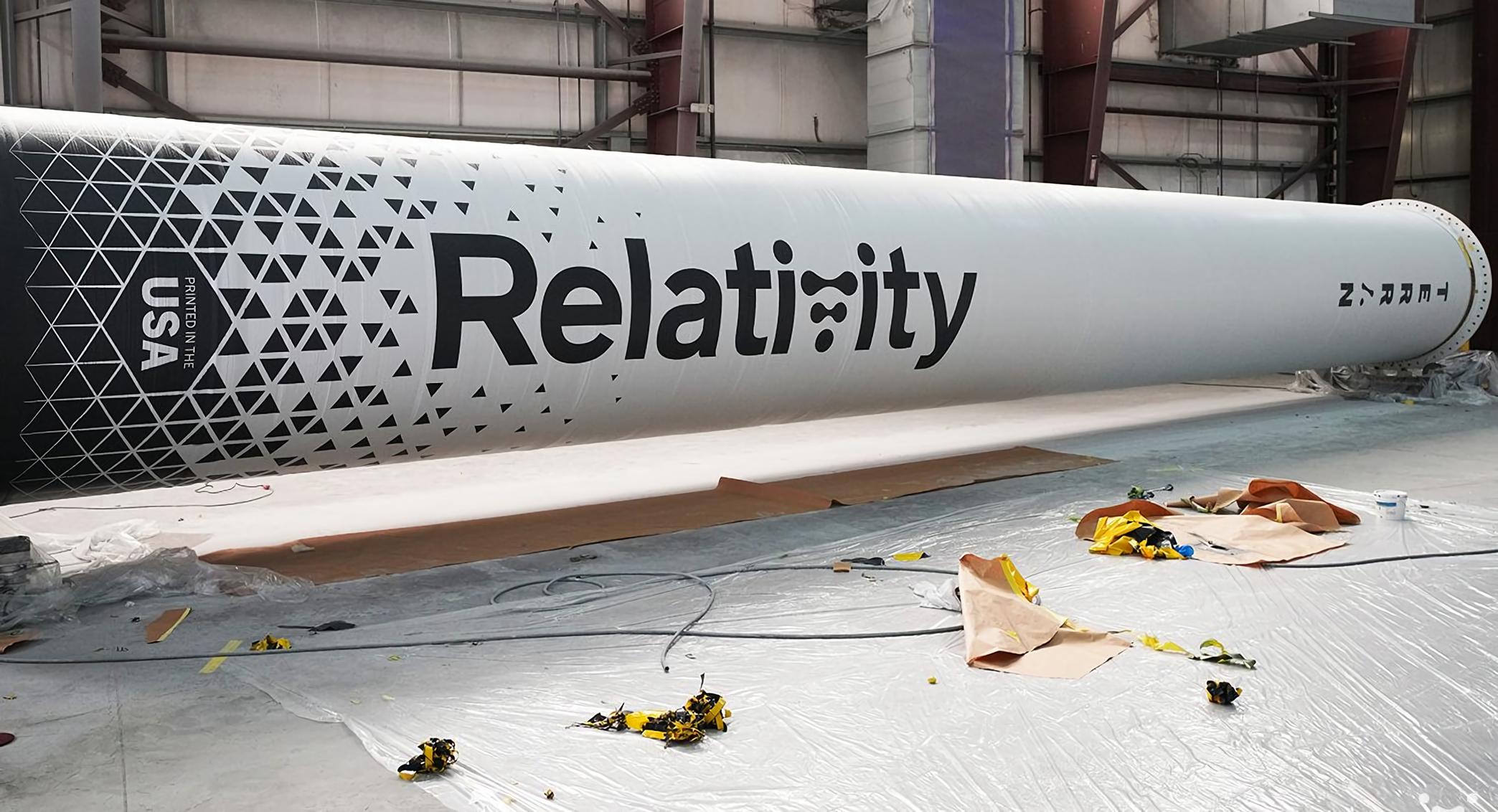 The company was co-founded in 2015 by CEO Tim Ellis (departing Blue Origin) and Jordan Noone (departing SpaceX), with both engineers leaving their positions at these industry giants with one goal in mind: build and launch the world’s first 3D-printed orbital rocket.

In the last two and a half years, the startup has managed to raise nearly $1.3 billion through private investors including Baillie Gifford, Blackrock, BOND, Fidelity, General Catalyst, and Mark Cuban. That amount of investment makes Relativity one of the most valuable and best-funded private aerospace companies in recent history – second only to Elon Musk’s SpaceX, which has raised more than $7.7 billion in about a decade.

Relativity’s rocket manufacturing facility, “The Factory of the Future,” is located in Long Beach, California, and is home to Stargate – the world’s largest 3D printer. According to Ellis, Stargate is capable of printing virtually all of the parts required for the world’s first 3D-printed rocket, Terran 1, and the first fully reusable 3D-printed rocket, Terran R, from raw material to flight in just 60 days. To accomplish that unprecedented feat and create the largest metallic 3D-printed structures ever attempted, Relativity has developed multiple proprietary alloys.

Beyond its extremely exotic manufacturing approach, Terran 1 is a fairly standard two-stage rocket primarily designed to launch small satellites to low Earth orbit (LEO). The first stage is powered by nine Aeon 1 engines, each producing around 23,000 pounds of force (100 kN) at launch and 25,400 lbf (113 kN) in the vacuum of space. The engine is powered by liquid methane (LCH4) and liquid oxygen (LOx) and is made out of several proprietary 3D-printed alloys. The second stage is powered by one Aeon 1 Vacuum engine capable of producing up to 28,300 lbf (126 kN) of thrust in a vacuum thanks to a much larger nozzle. Terran 1 is designed to carry up to 1,250 kilograms to a very low Earth orbit (LEO).

Relativity is growing quickly and has expanded to nearly 600 employees in just a few years. Aside from their headquarters and manufacturing facility in Long Beach, CA, Relativity has planted their flag at Cape Canaveral Space Force Station (CCSFS), where it’s developing Launch Complex 16 (LC-16) for Terran 1 and Terran R. There, a team of infrastructure engineers and technicians are currently building the launch facilities that will support Terran 1’s launch debut. A separate team at Mississippi’s NASA Stennis Space Center is continually testing the startup’s engines and rocket stages.

In a recent tweet, CEO Tim Ellis revealed that the company had completed a record nine successful Aeon engine tests in a single day. The CEO also stated that stage integration for Terran 1’s launch debut was making “amazing progress.”

Relativity had previously planned for Terran 1’s first launch to take place by the end of 2021. That debut has since slipped to “early 2022”, while the company hopes its far larger reusable Terran R rocket will debut in 2024.

Relativity was recently selected by NASA to be one of 12 companies to provide launch services for the agency’s Venture-Class Acquisition of Dedicated and Rideshare (VADR) missions, providing new opportunities for more risk-tolerant science and technology payloads and fostering a growing U.S. commercial launch market. “The VADR contract will provide a broad range of Federal Aviation Administration-licensed commercial launch services capable of delivering payloads ranging from CubeSats to Class D missions to a variety of orbits. These small satellites and Class D payloads tolerate relatively high risk and serve as an ideal platform for technical and architecture innovation, contributing to NASA’s science research and technology development.”