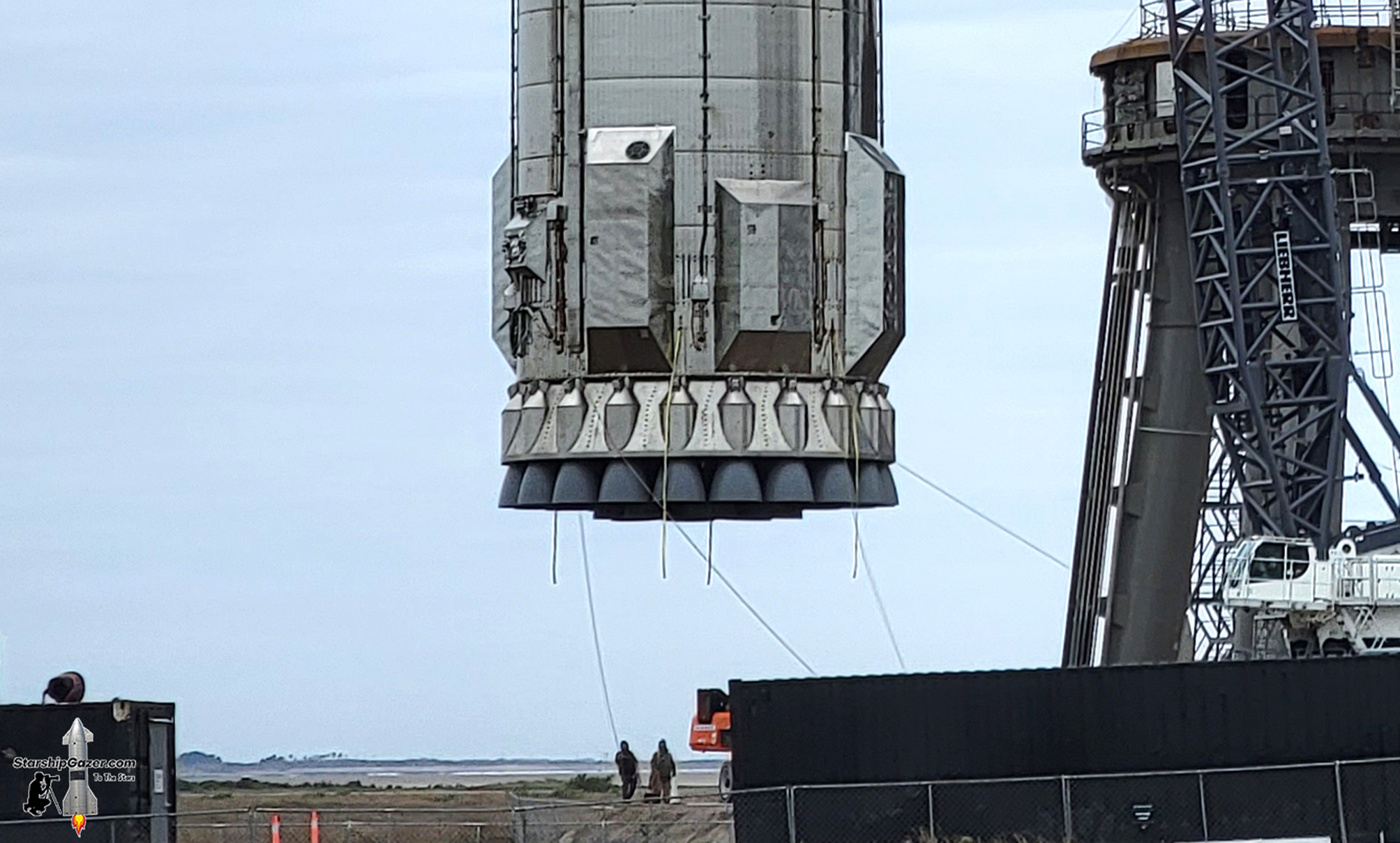 In a decision that is difficult to logically explain, however, SpaceX chose to install Super Heavy on the ‘orbital launch mount’ with a crane instead of a complex pair of giant arms explicitly designed to lift, stack, and catch Starship hardware that the company has spent the last several months installing and testing.

This does not make a great deal of sense. One obvious explanation would be that those arms – despite completing multiple lift tests with hundreds of tons of water bags in recent weeks – are not ready for lifting and stacking operations. However, Starbase does not have a crane large enough to lift Starship S20 onto Booster 4, meaning that SpaceX almost certainly intends to use the tower’s arms to do so.

By replacing the need for large cranes, stacking with arms can free SpaceX from the significant weather and wind restrictions cranes impose when lifting large objects. In theory, giant rigid arms affixed to a mostly immovable tower will be able prevent high winds from causing Starships or Super Heavy boosters to sway dangerously. On the South Texas coast, where high winds are present more often than not for months at a time, that’s essential for SpaceX to ever be able to rapidly reuse Starships launched out of Boca Chica.

Further, while there are many reasons to doubt the viability and rationality of SpaceX’s plans to catch Super Heavy and Starship out of the air, it would have a good deal of sense to at least test part of that process with Super Heavy B4 by using the arms to lift the booster up the tower and lower it into the launch mount. If the arms aren’t capable of doing that, the only operation they will be truly useful for is stacking Starships on top of boosters.

Up next could be the tower arms’ first test with real hardware – Starship S20, in this case. Depending on SpaceX’s readiness, the ship could probably be lifted onto Booster 4 as early as today – February 6th – but the company has a few days of buffer before Elon Musk’s planned February 10th presentation. The fully stacked Starship will likely serve as a backdrop for the event – extremely impressive even if Booster 4 is nowhere close to ready for flight.