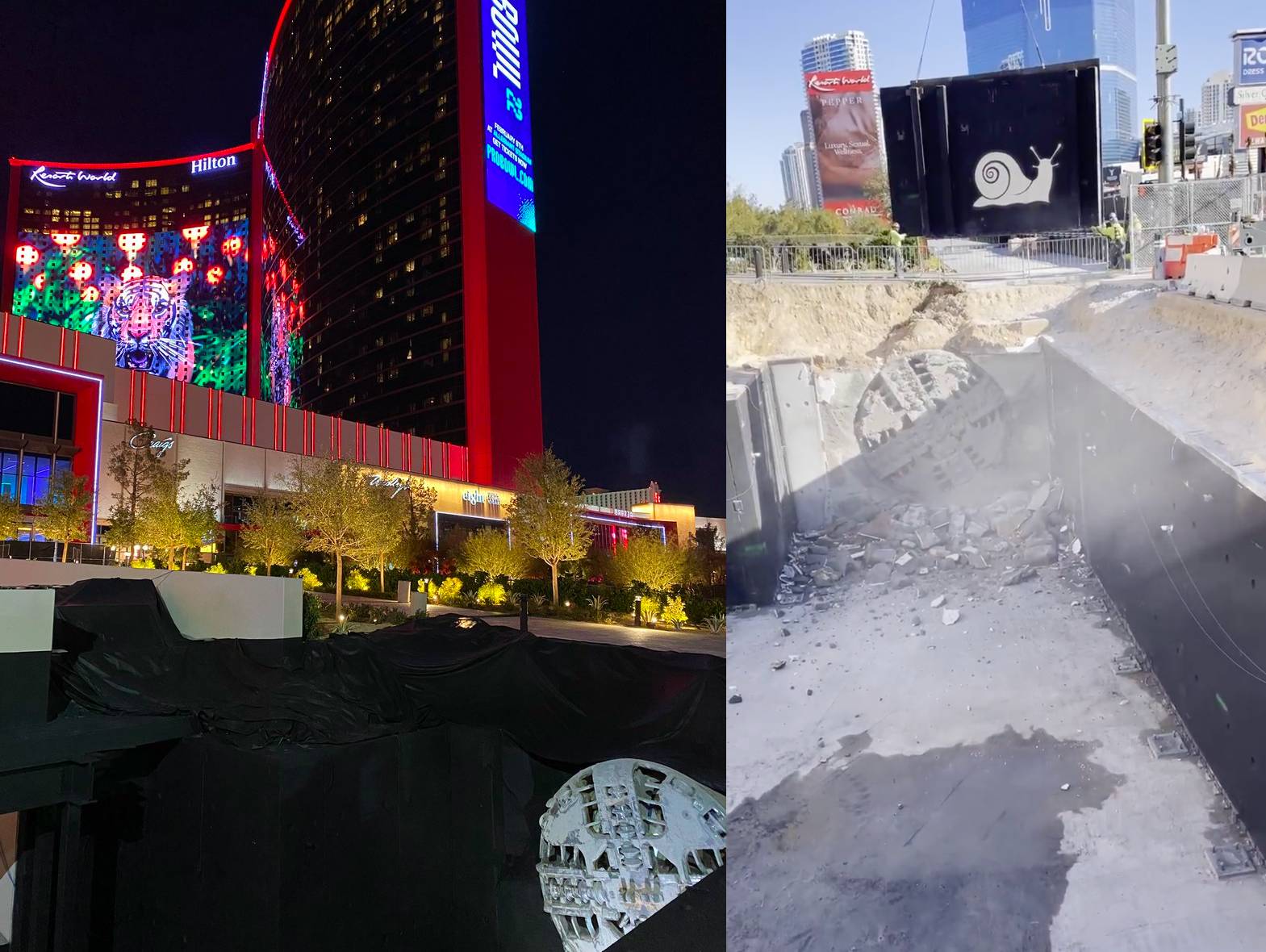 On Saturday, February 5, The Boring Company’s (TBC) Prufrock-1 surfaced at Resorts World after laying the groundwork for the Vegas Loop’s first station.

Besides Davis, other members of the Las Vegas community showed their support and excitement for the project and the idea of being “in business with Elon Musk.” Among the supporters was Golden Entertainment Inc. Vice President Stephen Thayer, who manages the Stratosphere hotel.

“We think it is an incredible addition to what we are able to offer as a city to convention businesses and tourists,” Thayer said. “We have been in support of this and think it’s a great thing for the city of Las Vegas.”

The Boring Company estimates that the Vegas Loop will accommodate up to 57,000 passengers per hour. It will have up to 51 medium-sized stations along The Strip, including the Allegiant Stadium, and other key locations. For comparison, the LVCC Loop has three stations located in the Convention Center complex. During CES 2022, the LVCC Loop transported 15,000-17,000 passengers daily.