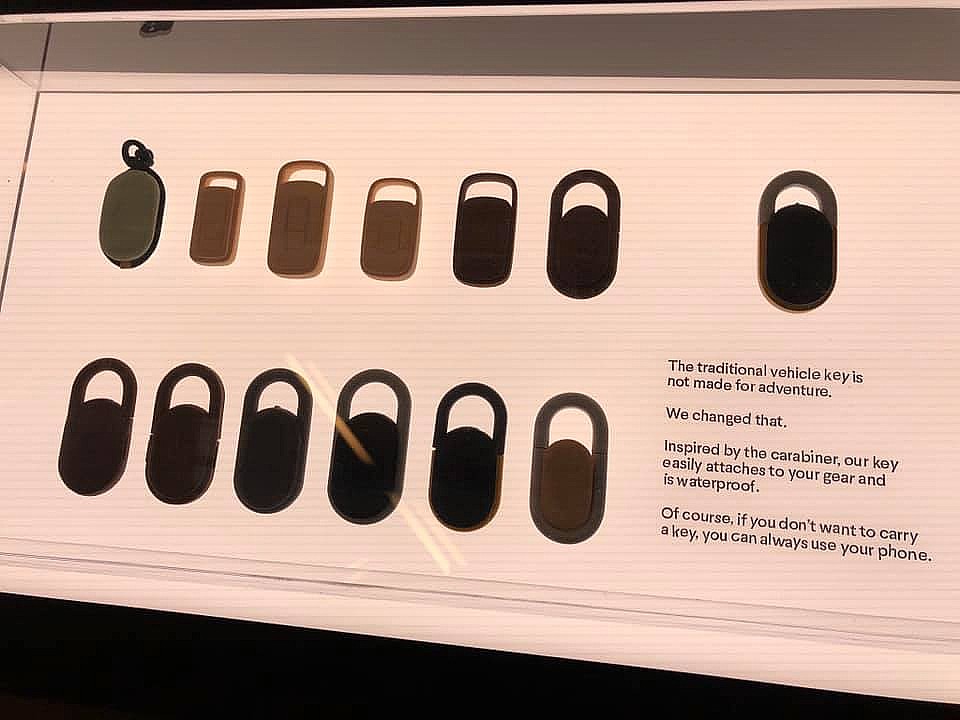 Rivian recently gave future owners of its R1T pickup truck and R1S SUV a peek at its intended design of the vehicles’ key fob, directly inspired by the company’s outdoor theme.

The key fob design was unveiled at the electric truck startup’s Seattle, Washington event in late September. The spotlight of the event was the R1T being displayed in a new blue color, a surprise to reservation holders who were not aware of the new look. The vehicles’ key fob designs were a bit of a pleasant surprise for Rivian reservation holders, with the current design being that of a “carabiner,” a mechanism used among rock climbers that acts as a shackle to connect components.

More often than not, a carabiner is crucial to the success of a climb. If the carabiner is not functional, your climb will not be a successful experience. It could almost be compared to the key of a car. If your key doesn’t work, you won’t have much success getting into the vehicle.

Rivian’s angle to create a key fob based on a popular instrument used for an outdoor activity is an ode to the company’s mission: to keep the world adventurous in a sustainable manner. While Rivian’s vehicles are geared toward outdoor performance, it is evident they are focused on creating a key fob that would likely relate to many of the company’s clientele.

The key fob will be easily attached to an owner’s gear, such as a water bottle or belt, and will be waterproof in order to be optimized for outdoor use. However, the company also states, “Of course, if you don’t want to carry your key, you can always use your phone.”

More than likely, Rivian vehicles will appeal to people who are interested in utilizing an electric vehicle for outdoor activities, such as climbing or hiking. The vehicles are specifically geared toward those who want a more sustainable vehicle with enough versatility to handle both off-road and on-road conditions. Rivian’s R1T truck and R1S SUV will begin production in late 2020 or early 2021, according to CEO RJ Scaringe.

The vehicles will both pack three feet of wading depth, a feature perfect for offroading, 0-60 in 3 seconds thanks to its 750 horsepower quad-motor system for on-road performance, and over 400 miles of range, ideal for road trips or cross country drives. Both vehicles will come with options, such as the battery pack, available in 105, 135, and 180 kWh capacities. The range of the vehicle will depend on the selection of the battery pack.