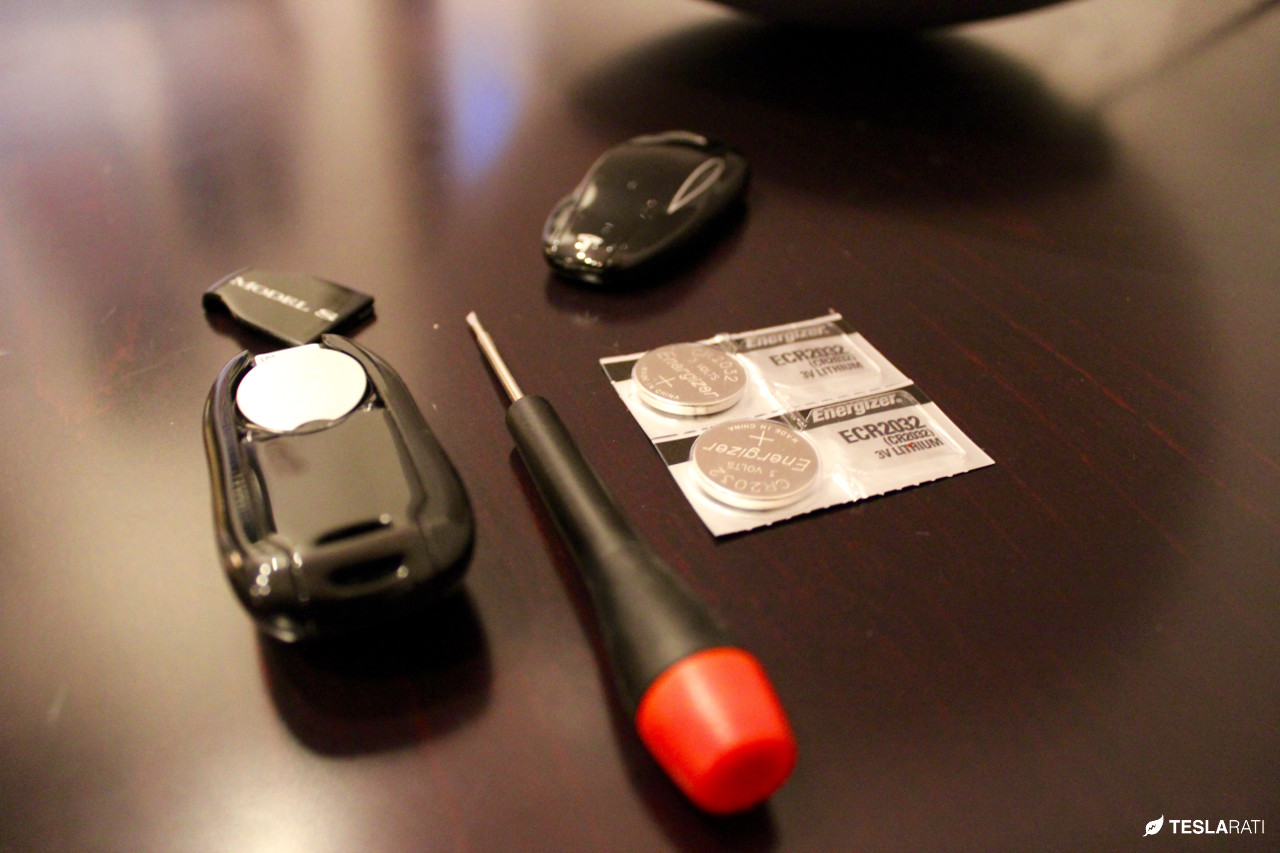 Have the door handles to your Model S suddenly become less responsive when approached? Chances are that you’re days away from seeing the “Key battery needs replacing” alert appear on both the driver’s dash and center touchscreen.

Tesla’s world-class Service Center will always recommend that you make an appointment for the “service repair”, even for something as simple as replacing a 3V lithium coin battery commonly found in watches and calculators. However, this simple Tesla do-it-yourself (DIY) maintenance repair can be performed in a few simple steps without a service visit.

Obtain the following components ahead of time:

Since the 3V lithium 2032 battery typically comes in a 2 pack, save yourself the time and hassle by replacing the battery to both key fobs at once. (Be sure to remove any key fob jacket that’s already on the keys.)

Turn the key fob upside down and locate the small indented notch in the middle of the fob, and next to the “S”.

Using your thumbnail or the flat end of the screwdriver, push firmly against the notch, and towards the front of the key fob, until the battery cover is released. Using the flathead micro screwdriver, gently pry from beneath the front of the battery until it is released from the spring loaded holder.

Replace the old battery with the new 3V lithium coin battery by sliding it back into the holder and firmly pressing down until it’s fully seated. Almost done! The last step of the process is to reset the low battery alert that appears across the Model S screens. Taking both key fobs, with freshly replaced batteries, go back to the vehicle and sit within the driver’s seat until the alerts disappear. If for some reason they do not disappear, doing a reboot of the Model S screen will reset the alerts.

NOTE: If the key fob batteries were to completely die, the Model S is still operational through Tesla’s keyless driving feature.