Rivian CEO RJ Scaringe previously mentioned that his electric truck company is developing an auxiliary battery that acts as a “digital jerry can” for its vehicles, allowing them to travel beyond their listed range. Thanks to a recently published patent application, more details on this auxiliary battery system are now available.

The patent, titled “Electric Vehicle With Modular Removable Auxiliary Battery With Integrated Cooling,” describes an external battery module that can be fitted to an electric vehicle, thereby providing it with additional range. This is especially important for Rivian’s trucks, since they are designed to go off-road. Thus, the company notes that there is a need for an “auxiliary battery system for an electric automotive vehicle to increase the range of the electric vehicle, and in particular, an auxiliary battery system that can be carried by the electric vehicle.”

As could be seen in the patent application, the auxiliary battery system would be installed on the cargo area of a truck. In the case of the R1T pickup, for example, the battery module would be fitted on the truck’s bed. The entire module also includes latching mechanisms and connectors, which are designed for easy installation and removal. 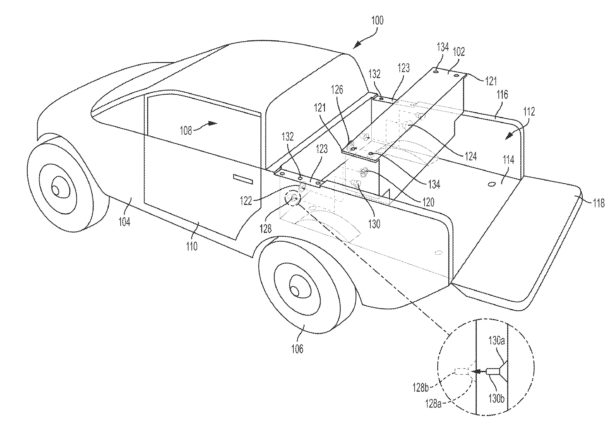 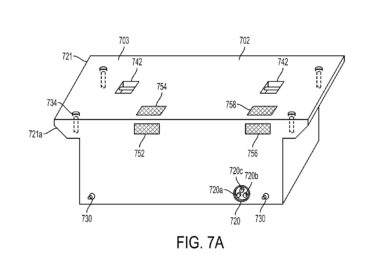 Perhaps more impressively, Rivian’s design for its auxiliary battery utilizes the cooling systems of the vehicle itself. Upon installation of the battery unit, Rivian notes that the vehicle’s systems would perform necessary adjustments, ensuring that ride quality and driveability do not get compromised or unnecessarily changed. Rivian outlines this process in the following section:

It should be noted that the auxiliary battery module design outlined in Rivian’s recently-published patent appears to be optimized for the R1T pickup truck. Based on the illustrations provided by the company, the external battery seems to take up a substantial amount of space in the all-electric pickup’s bed. With this in mind, it remains to be seen how the company would design a similar battery solution for the R1S SUV, which does not have a bed like the R1T. Nevertheless, considering Rivian’s polished approach to its designs, it is quite exciting to see how the company would equip a seven-seater SUV with a range-extending battery module.

RJ Scaringe noted in a previous interview that one of the reasons behind Rivian’s extra large battery packs (offered at 105 kWh, 135 kWh, and 180 kWh configurations) is to ensure that drivers would have enough range for their adventure needs. This certainly appears to be the theme with Rivian’s vehicles, as could be seen in its top-tier variants’ range of 400 miles per charge. Coupled with an auxiliary battery system, the company’s trucks could very well close in or even exceed the 500-miles per charge mark.

Similar to other new automakers such as Tesla, Rivian’s first vehicles are made for the luxury niche, not the mass market. As noted by RJ Scaringe in an interview with Green Tech Media, Rivian’s target demographic are the people who are “spending $70,000 or $80,000 on a GMC Denali or a Chevy Suburban or a Land Rover Discovery or a fully loaded Ford F150.” For these potential customers, the company can tolerate no compromises, and in Scaringe’s words, “under-promise and over-deliver.” This is especially true with regards to the R1T and the R1S’ range.

Rivian’s patent application for its auxiliary battery system could be accessed here.