Rivian CEO and founder RJ Scaringe is adopting a bold and strategic play to enter the auto industry. With the recently unveiled R1T electric pickup truck, Rivian is attempting to breach a market dominated by America’s best-selling vehicles like the Ford F-150. With the R1S SUV, which is set to be unveiled today at the 2018 LA Auto Show, the company is taking on pedigreed carmakers such as Land Rover in the luxury SUV segment.

The Rivian R1S, just like its pickup truck sibling, could be described as a luxury adventure vehicle. The SUV is fitted with the same four 147 kW electric motors that power the R1T, as well as the same 2170 battery cells. Similar to the startup’s pickup truck, the R1S is available in three battery configurations — a 105 kWh entry-level variant, a 135 kWh mid-level version, and a 180 kWh top-tier variant. Compared to the R1T, though, the R1S has slightly more range, with the 105 kWh trim having an estimated range of 240+ miles per charge, the 135 kWh version having 310+ miles of range, and the 180 kWh variant having 410+ miles of range in one charge.

Performance between the R1T and the R1S is identical, with 135 kWh SUV capable of traveling from 0-60 mph in 3 seconds flat. Keeping the company’s character, the R1S could go through up to 1 meter of water. That said, the two vehicles also have their differences. 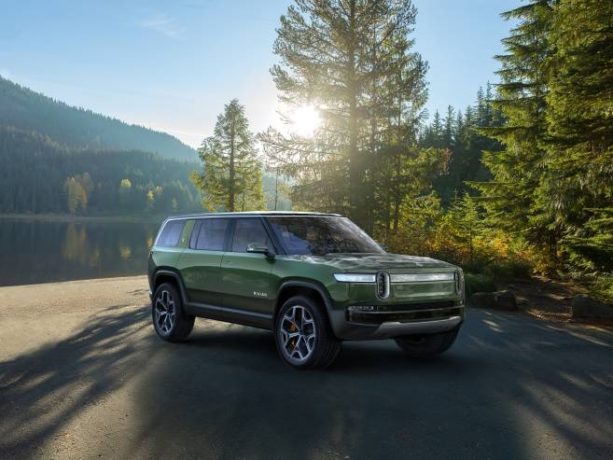 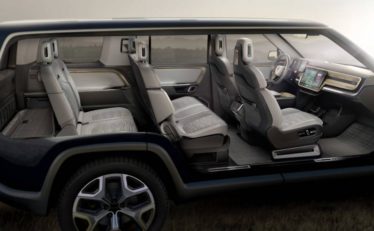 The interior of the Rivian R1S. [Credit: Rivian] 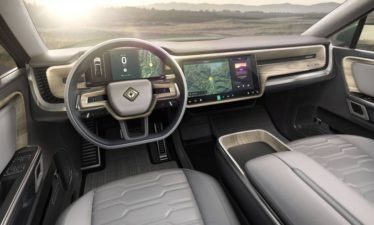 The R1S, for one, has a slightly shorter wheelbase at 3,075 mm, which is less than the R1T’s 3,450 mm. Due to the absence of a bed, the R1S’s 5,040 mm overall length is also shorter than the R1T’s 5,475 mm length. Being a three-row SUV capable of seating seven, the R1S does not have as much storage as the R1T as well, with flourishes such as the pickup truck’s “gear tunnel” being absent on the vehicle. That said, the R1S is still capable of hauling a generous amount of cargo, thanks to its 330-liter frunk and its foldable third-row seats.

We asked the company why it opted to release an SUV together with its flagship pickup truck, considering that the SUV market is equally as dominated by big-name, veteran carmakers. Rivian noted that the risk for the R1S is actually quite low, considering that it shares 93% of the R1T pickup truck’s components. The company further pointed out that the SUV market has already been established, and the success of vehicles like the Tesla Model X, which is built on the Model S platform, has proven that cross-pollination is a viable strategy. 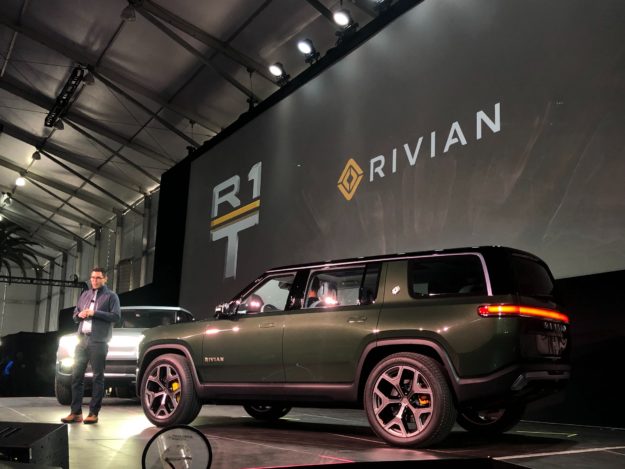 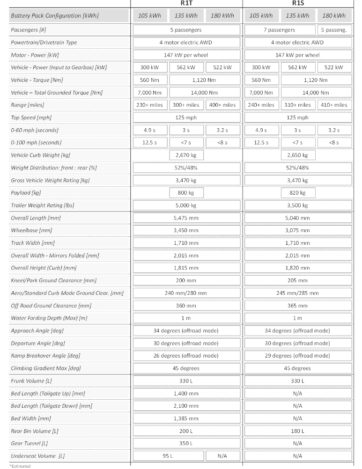 The Rivian RT1 and the R1S compared. [Credit: Rivian]

Teslarati‘s Christian Prenzler was able to get an early preview of the Rivian R1S prior to its unveiling, and he notes that the vehicle’s overall form and size seem to be similar to the Chevrolet Tahoe and the GMC Yukon. He also stated that the SUV has a liftgate at the rear, which gives passengers a place to sit on. The R1S’ third-row seats, which are usually cramped in conventional SUVs, are also adjustable, allowing passengers to gain more legroom in exchange for less luggage space.

Rivian CEO and founder RJ Scaringe stated that he wants the company’s vehicles to focus on the adventure niche. In this light, the R1S SUV and the R1T electric pickup truck complement each other well, allowing the company to enter two hyper-competitive segments with vehicles that have a serious punch.

“They may have different form factors, they may be different sizes, but every single one of [our products] has to have this Patagonia-like feel of enabling adventure. We want to keep that very sharp. We want to focus only on the adventure space, so customers understand what we stand for,” he said.

Reservations for the R1S SUV are now open. Interested customers can place a refundable $1,000 deposit for the vehicle here. Production is expected to begin in 2021.

With assistance from Christian Prenzler.