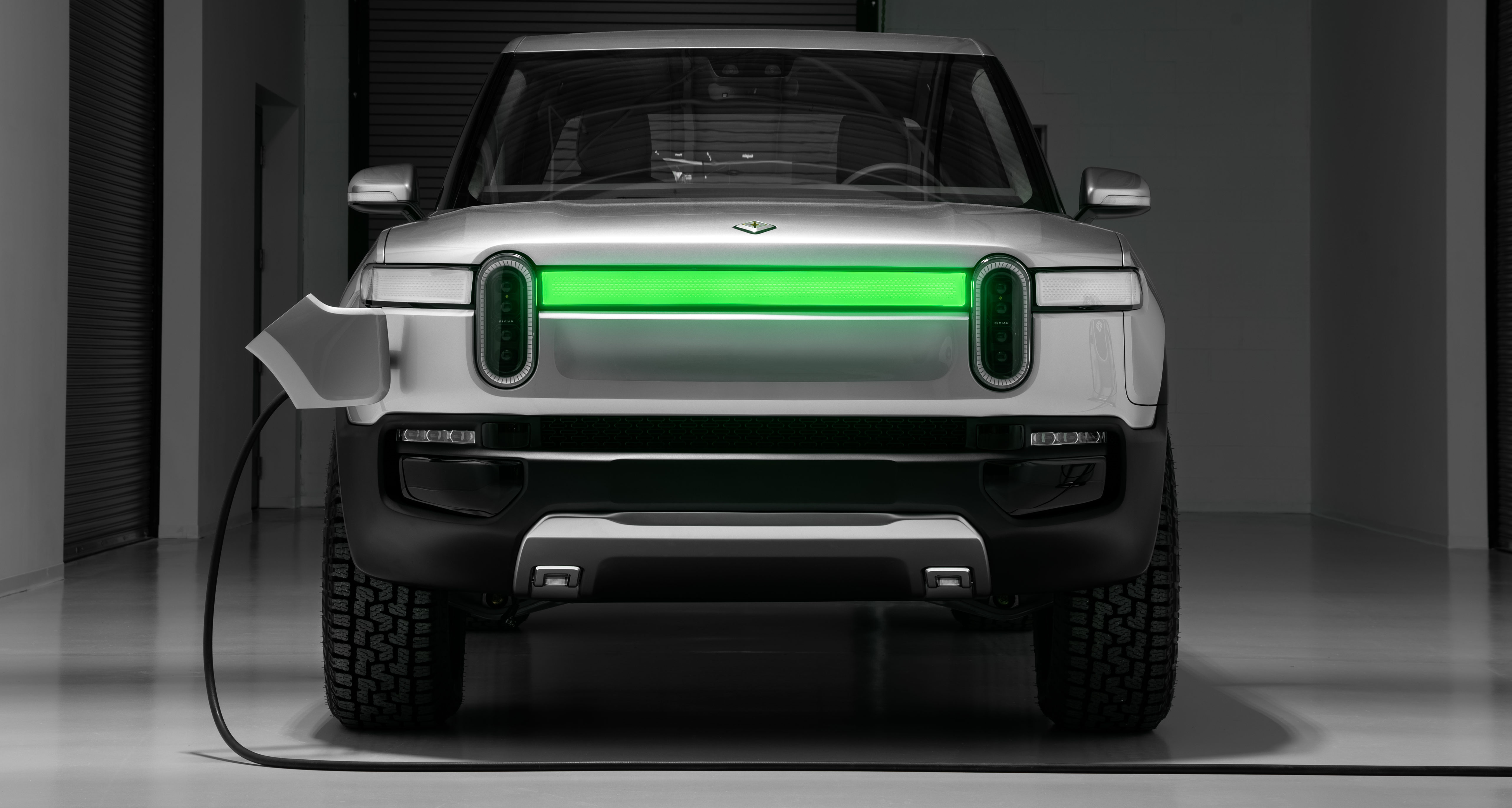 US-based EV startup Rivian has come out of the shadows to announce the specs of its first vehicle — the R1T all-electric pickup truck. The R1T, which seats five passengers, is designed from the ground up to be as comfortable off the beaten path as it is on paved roads. Armed to the teeth with clever features and cutting-edge technology, Rivian’s first entry into the electric vehicle market has the potential to be a game-changer.

Rivian spent the better part of the past decade developing its first vehicles — the R1T pickup truck and the R1S SUV, which is set to be unveiled tomorrow at the LA Auto Show. Only the specs of the R1T have been unveiled so far, though in terms of performance, range, and features, the pickup truck is notably impressive. The R1T, for one, is equipped with four electric motors, each one having a power capacity of 147 kW, as well as 3,500 Nm of grounded torque per wheel. 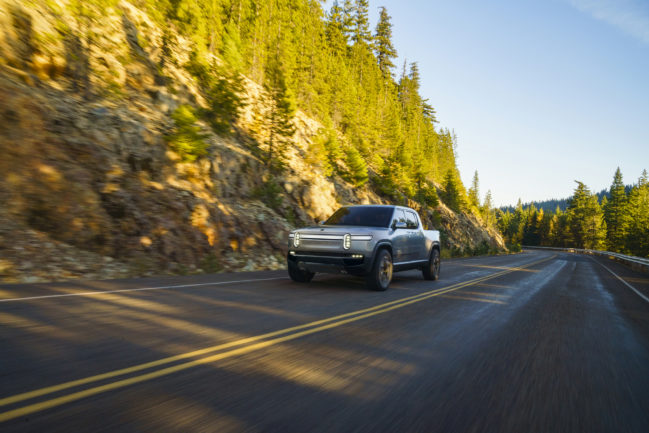 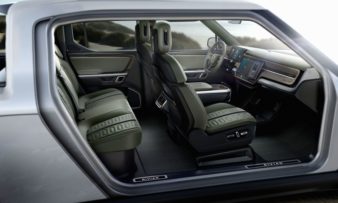 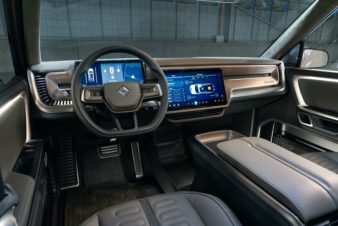 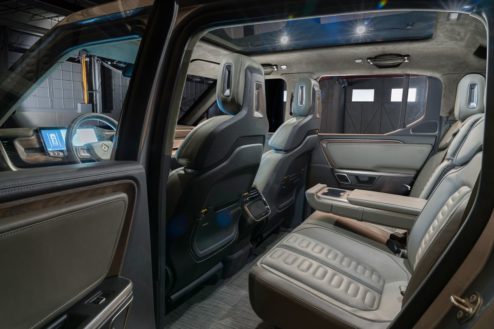 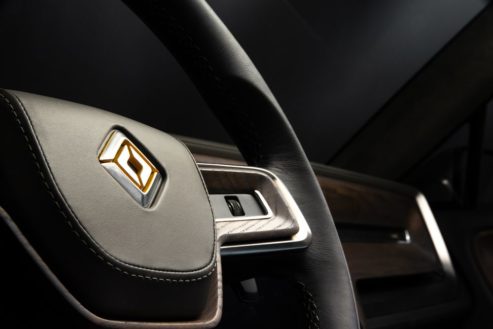 Being a vehicle designed for the outdoors, the Rivian R1T has the capability to wade through up to 1 meter of water. The pickup, while comparable in size to trucks like the Ford Ranger and the Toyota Tacoma, also outguns its competition in terms of towing capacity. Thanks to its four electric motors, the R1T has a towing capacity of 11,000 pounds, a figure that is more comparable to America’s best-selling vehicle, the larger Ford F-150.

There’s also a lot of storage in the R1T, with a frunk that offers 11.7 cubic feet (330 liters) and a “gear tunnel” — a storage area that spans the width of the vehicle, — that provides an additional 12.4 cubic feet (350 liters) of space. Rivian notes that the gear tunnel would be perfect for storing items like skis, fishing rods, and golf bags. The all-electric pickup’s bed is also fitted with three 110-volt outlets with more than 400 watts available at each, as well as a compressed air source for filling in bike tires.

While the Rivian R1T is evidently designed to be a vehicle that is at home in rough terrain, the pickup truck still features some of the trademark features of premium electric vehicles. Just like Tesla’s electric cars, the R1T features impressive acceleration, with the entry-level truck hitting 60 mph in 4.9 seconds and the 180 kWh top-tier variant going from 0-60 in 3.2 seconds. Interestingly, the mid-level 135 kWh variant of the R1T is the quickest, with a 0-60 mph time of 3 seconds flat. All three versions of the vehicle have a top speed of 125 mph, similar to the Mid Range Model 3 RWD. 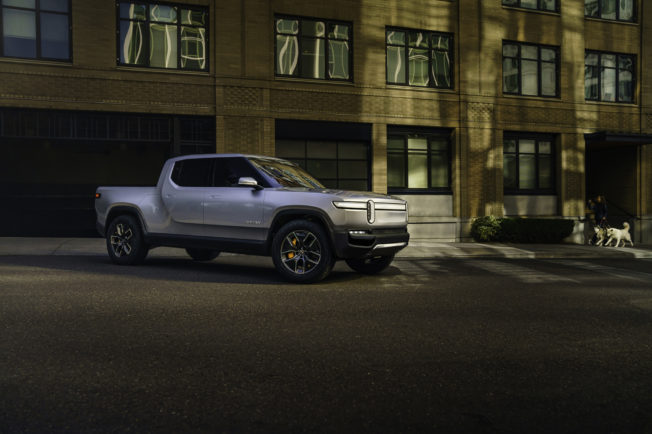 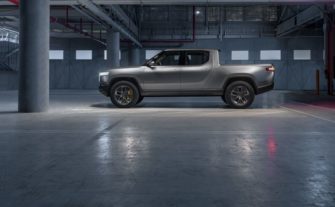 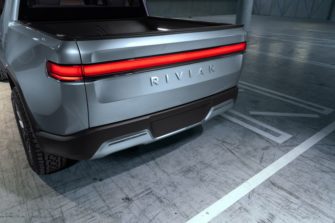 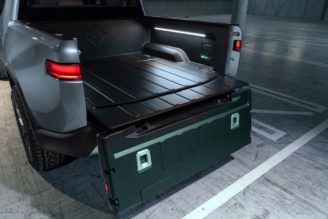 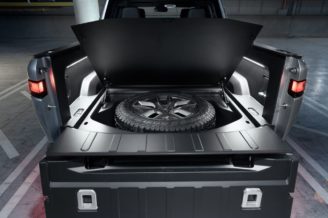 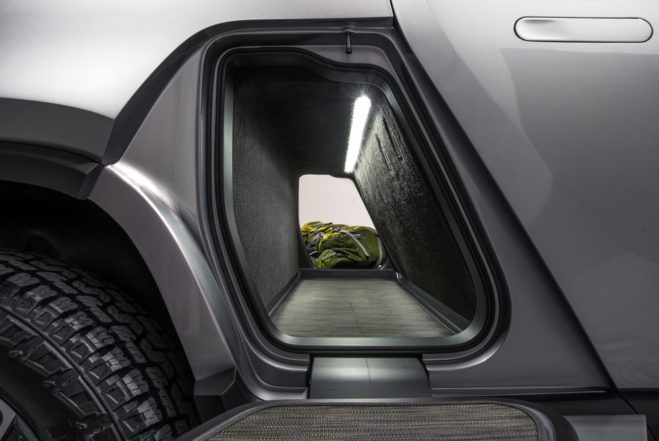 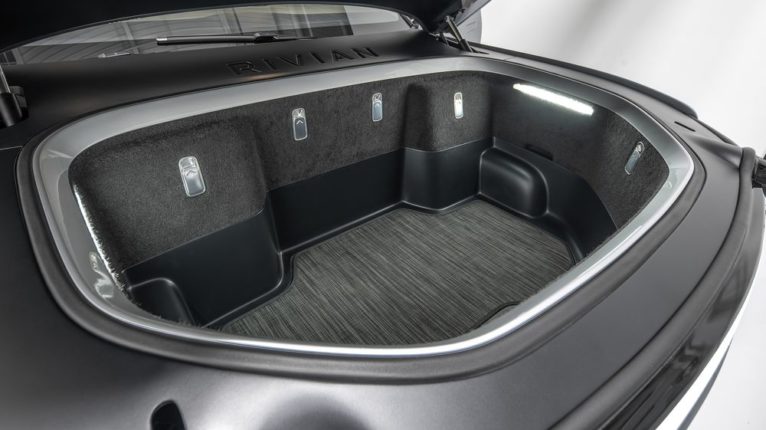 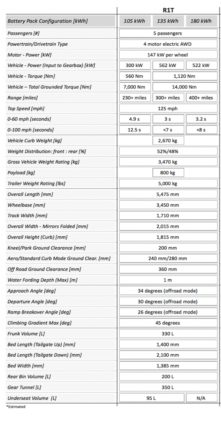 The R1T’s futuristic approach to adventure could be seen in the design flourishes on its interior. The vehicle is equipped with a 15.6″ landscape-oriented center touchscreen, as well as a 12.3-inch display that takes the place of an instrument cluster. A 6.8-inch touchscreen is placed at the back of the center console, giving rear passengers infotainment and climate control access. The R1T’s steering wheel also features two thumb dials, just like the Model 3. Finally, the R1T is fitted with hardware that allows it to be fully self-driving in the future, thanks to a suite of cameras, lidar, radar, ultrasonic, and high-precision GPS technologies.

In a statement to The Verge, Rivian CEO and founder RJ Scaringe stated that the company is laser-focused on the adventure niche. The founder further explained that Rivian stayed largely in the shadows over the past years to ensure that its first vehicles are refined and competitive once they enter the market.

“They may have different form factors, they may be different sizes, but every single one of [our products] has to have this Patagonia-like feel of enabling adventure. We want to keep that very sharp. We want to focus only on the adventure space, so customers understand what we stand for.”

“We were quiet in stealth mode to avoid getting caught in this sort of hype cycle, and we said let’s make sure we have all the pieces lined up — the vehicle, the technology, the team, the supply chain, the manufacturing plant — before we actually talk about it. Because of that, some people have been questioning [us]. People need to see that this is very, very real,” Scaringe said.

Interested buyers could place a refundable deposit of $1,000 for the Rivian R1T here.